THROWBACK THURSDAY. Onboard ’63 Lister-Jag with Chris Harris at Goodwood 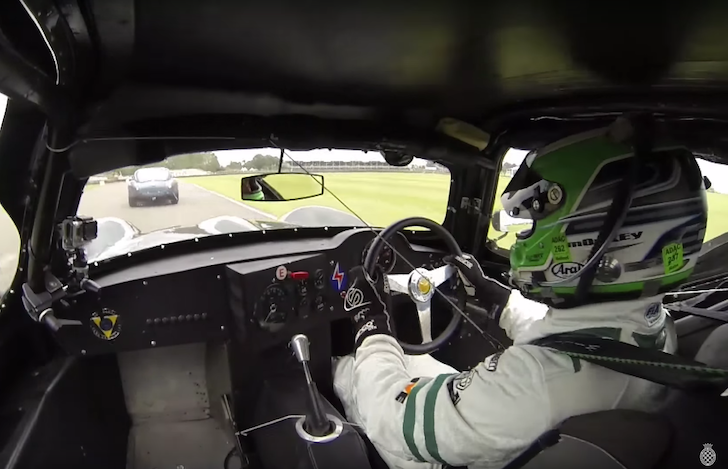 2016 looks like it’ll be a busy year for Chris Harris, for as well as his new Top Gear duties, The Monkey has also confirmed he will pilot one of Bentley Team Parker Racing’s Continental GT3s in this year’s Blancpain Endurance Series Cup in the Am class. Round one kicks off at Monza this weekend, the season drawing to a close at the Nürburgring on 17-18 September.

This will hardly be the first time Harris has been on racing duty though, the man himself now a regular attendee at the Goodwood Revival. Indeed, one of his more memorable jaunts – and the star of this week’s Throwback Thursday – took place two years ago when, partnering former British Touring Car Championship fan favourite Anthony Reid, The Monkey raced a 1963 Lister-Jaguar Coupe as part of the event’s headline Royal Automobile Club TT Celebration. Sounds pretty straightforward, yes? No. HELL no, for whilst Chris had to avoid stacking the multi-million dollar Jag into one of the Ferrari 250 GTOs or Jaguar E-Types swarming around him, he also had some pretty stiff competition to face, including former 24 Hours of Le Mans winners Tom Kristensen and Derek Bell, among others.

All the more impressive then that, as the below on-board footage shows, Chris avoided potential, wallet-emptying carnage to even take the lead.