This Ferrari 250 GTE is the world’s coolest police car

Used by Rome’s police force in the 1960s, the Ferrari 250 GTE Polizia can be yours for an undisclosed sum 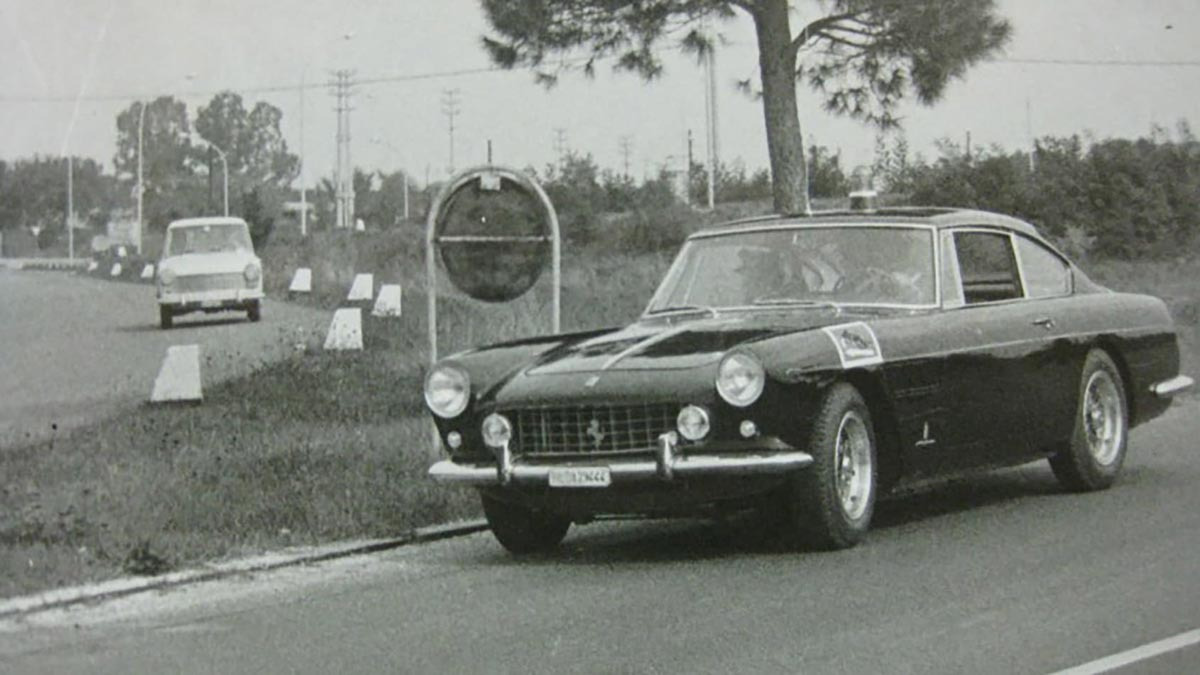 From a Battenberg-adorned German estate through to Dubai’s blue light Bentleys, it’s hard to deny the appeal of a police car. Nothing, however, can beat Rome’s Ferrari 250 GTE 2+2 Polizia, and the only one left in existence is now up for sale with Girardo & Co…

Ordered in the early 1960s by what can now be safely crowned the world’s coolest law enforcement agency, Rome police force provided four of its top officers with a pair of the latest V12-powered Ferrari. Though it might seem a little excessive, even its new Alfa Romeo Giulia 1600 saloons were being outdone by criminals, and so of course, Maranello was the only option.

Unveiled at the 1960 24 Hours of Le Mans, the 250 GTE was Ferrari’s first production 2+2, sporting a 240bhp 3-litre naturally aspirated V12 for a top speed of over 250kph. Taking a 250 LWB as a platform, the GTE adopted a wider body for more cabin space and subsequent comfort whilst retaining the performance you’d expect from the marque – this made the GTE the ideal candidate for catching Rome’s criminals.

Coming as a police car from the factory, Ferrari produced only two 250 GTE Polizias, with this particular example the only one left in existence – the first met its end after only a few weeks in service. No. 3999, however, served Rome’s citizens from 1963 to 1968, going on to deliver emergency blood to Naples thereafter. It seems it was rather well-equipped for the job, too, with rumours suggesting it covered the 200-kilometre route in under an hour.

Following its retirement, it was sold in 1972 at public auction of army surplus, before it was reunited with Armando Spatafora, the officer previously responsible for it, at the 1984 Coppa delle Dolomiti race – though it shouldn’t come as much of a surprise, the retired policeman managed to record the second fastest time overall.

Though it saw quite some action, and has had three different owners over its lifetime, it has remained in excellent condition, coming with its original chassis, engine, gearbox and rear axle as confirmed by Ferrari. It even comes with all of its police equipment, and is the only car in Italy with permission to use a siren, blue lights and the ‘Squadra Volante’ livery. Whatever its cost, we’d say it’s worth it for that alone.

Given its history, it’s safe to say that the ‘undisclosed sum’ will be a large one. But if you have the funds, it would be perhaps the coolest addition to a collection anyone could make.