The Weird Side of Motorsport

We take a look at the weird side of motorsport, and select some of our favourite WTF moments. 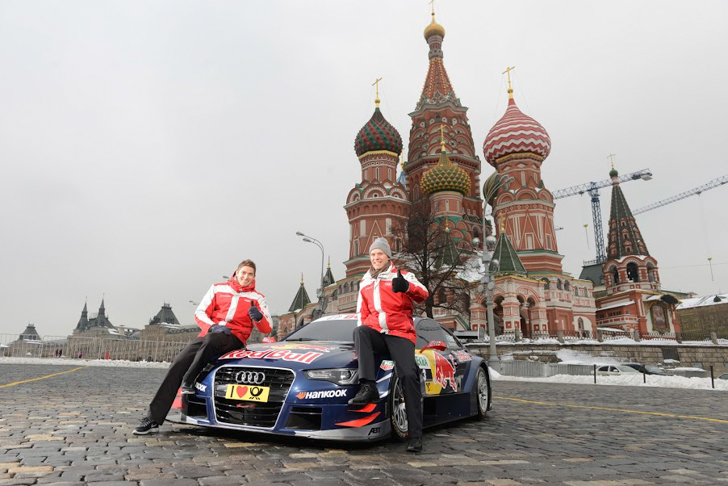 It’s not that rare for a DTM session to come to an early close, incidents on-track and torrential weather playing their respective parts. It’s less common for a governmental official to stop a qualifying session however, but that’s just what Russian premier Vladimir Putin did when his private jet flew over the circuit. With the medical helicopter grounded, drivers could not take to the track, and championship leader Mike Rockenfeller was handed a surprise pole position for Audi.

It’s just one of those wonderfully obscure moments that motorsport produces ever so often, and given that there’s more than half a century’s worth of examples to choose from, we thought we’d dive in and show you some of our favourites. 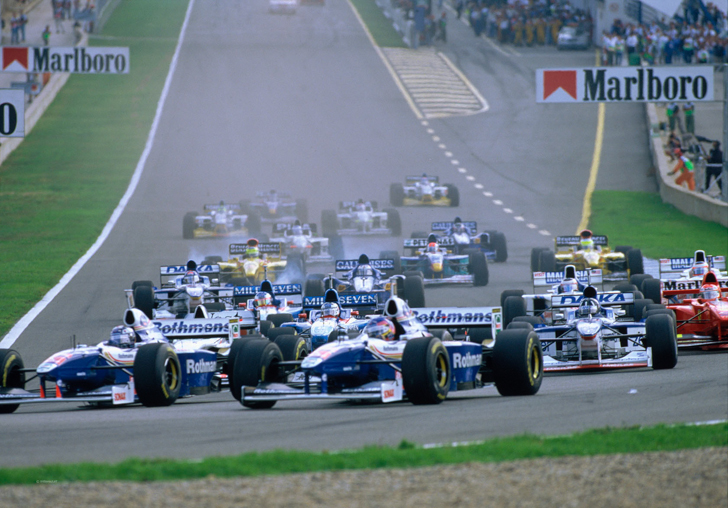 The legendary European Grand Prix is famous for more than just Michael Schumacher’s ‘attempts’ to secure the 1997 Formula 1 World Championship. During qualifying, the Ferrari number one, championship rival Jacques Villeneuve and Williams teammate Heinz-Harald Frentzen incredibly set exactly the same time, each delivering a 1m 21.072s laptime. Only the order in which they had set said times cemented Villeneuve pole position. So unlikely was the occasion – and at the season finale no less – that Damon Hill’s magnificent second row grid position in the lowly Arrows (and just 0.06s behind at that) hardly registered. 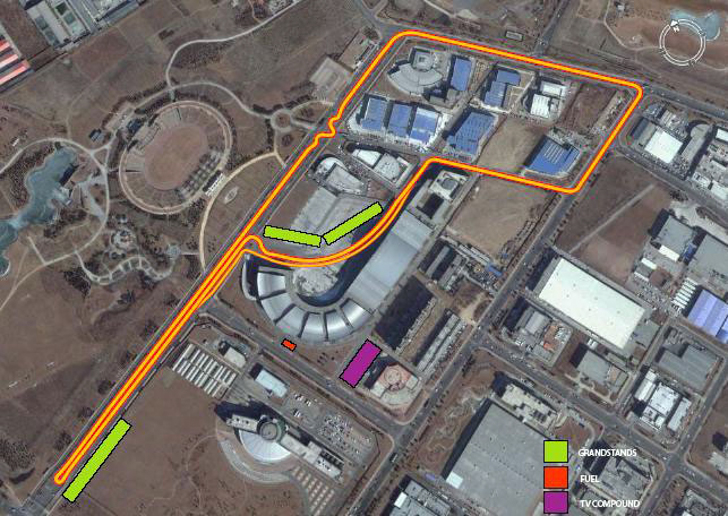 On its first visit to the brand new Beijing circuit in China, competitors in the World Cup of Motorsport found that – even on full lock – their cars could not fit around the circuit’s incredibly tight hairpin. Delays to the build meant that, incredibly, nobody knew this until free practice had already started. Chaos reigned. A crash between Team Canada’s James Hinchcliffe and Team France’s Nicolas Lapierre (ridiculously wobbly footage of which you’ll find below) early on during the Sprint Race led to further farce when trackside officials were unable to remove the wreckage. Dutchman Jeroen Bleekemolen took victory after the ‘race’ was run almost entirely behind the safety car.

Liqui Moly Team Engstler driver Franz Engstler had leapt away from the start of race two at Pau, hotly pursued by Alain Menu’s Chevrolet Cruze and Félix Porteiro’s BMW 320si. Collisions and the occasional fire for Sergio Hernandez, Jorg Müller and Tom Boardman blocked the tight French circuit though, and the safety car was called. Too late as it happens, and in its effort to catch the leaders, the Chevrolet Cruze safety team drove straight into leader Engstler. The German was not a happy bunny.

And if you think that’s a one-off, you might want to check out Alexander Wurz’s brake-test in 1995, a spinning Renault Clio V6 safety car in front of a certain Robert Kubica in Monza ‘05, and Taki Inoue’s now legendary ’95 Hungarian Grand Prix mishap. 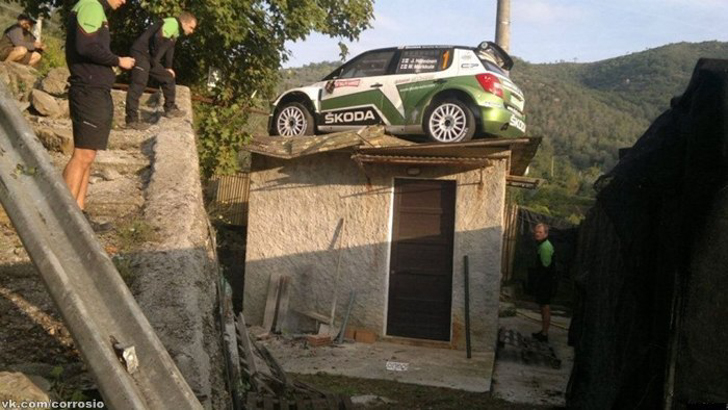 Given the myriad thrills and spills to have come from the World Rally Championship – Sebastien Loeb hitting a cow in Argentina in 2005, Carlos Sainz’s heartbreaking 1998 championship loss, and Rally Great Britain drivers getting nicked for speeding between stages to name just a couple – the fact that the Intercontinental Rally Championship is our representative for this item may seem an odd choice. Then again, how many times do you see a Skoda Fabia on top of a house? Following a heavy off in Sanremo, Skoda driver Juho Hanninen had a lucky escape in 2012. 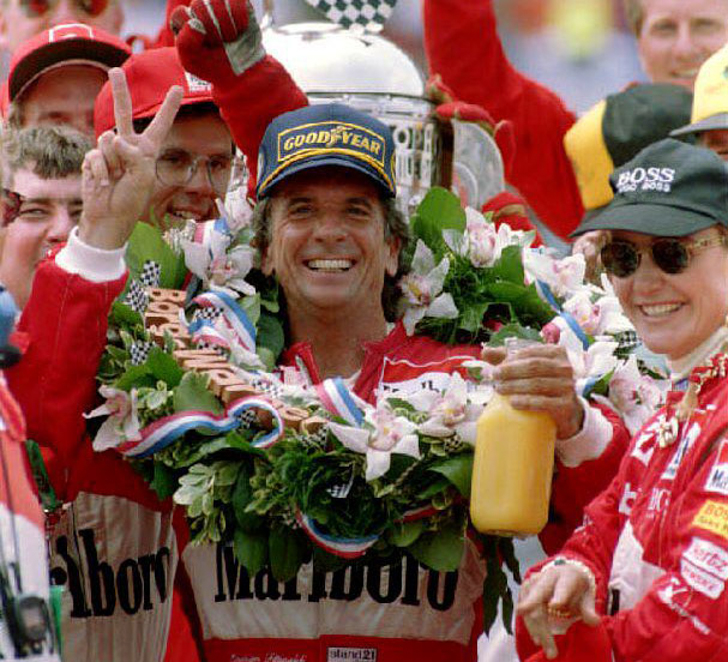 Unbeknownst to Louis Meyer – who was rightly gasping after 500 miles of wheel-to-wheel racing – his necking a quart of buttermilk after winning the 1936 Indianapolis 500 set in place a tradition that every winner since 1956 has adhered to. All bar one. In 1993 Emerson Fittipaldi took his second Indy 500 win, but – in an effort to promote the family orange grove business in his native Brazil – the two-time F1 World Champion rejected the milk and swigged from a bottle of orange juice. So incensed were motorsport fans by the action, that Fittipaldi was booed at the next IndyCar race in Milwaukee. 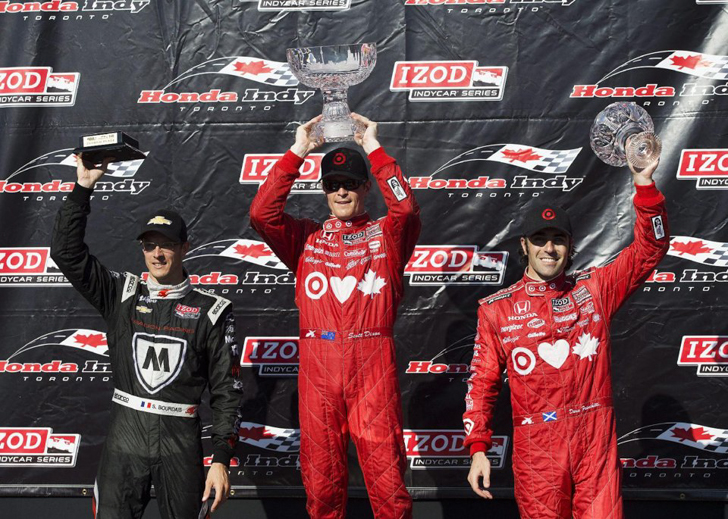 Not since signing his Champ Car career off in style with a victory at the 2007 season closing race in Mexico City had four-time CART champion Sebastien Bourdais taken a single seater podium. All that changed just a few weeks ago at the IndyCar double header in Toronto when the Dragon Racing driver netted second place behind Ganassi’s Scot Dixon. Only for the Frenchman to drop his crystal trophy whilst celebrating. 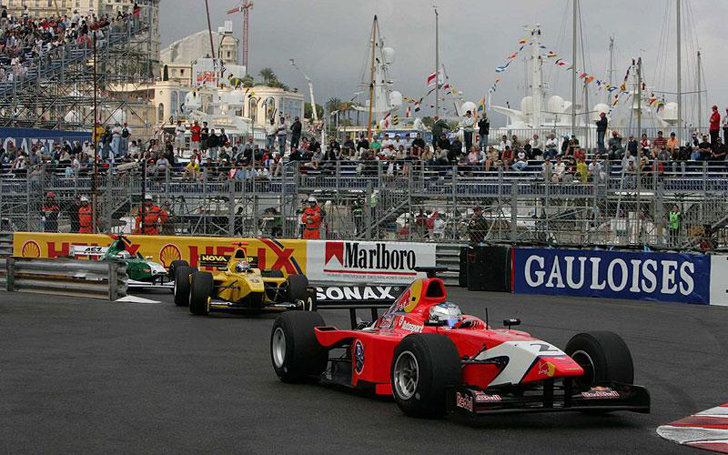 Bjorn Wirdheim had surely secured his second victory (and fourth podium) of the season at Monaco in fine style. All he had to do was take the chequered flag and celebrate after the line. In his enthusiasm, the Swede slowed too soon, inadvertently allowing future Minardi F1 driver Nicolas Kiesa through for his first – and only – F3000 win. Then-Arden’s Christian Horner was less than chuffed. 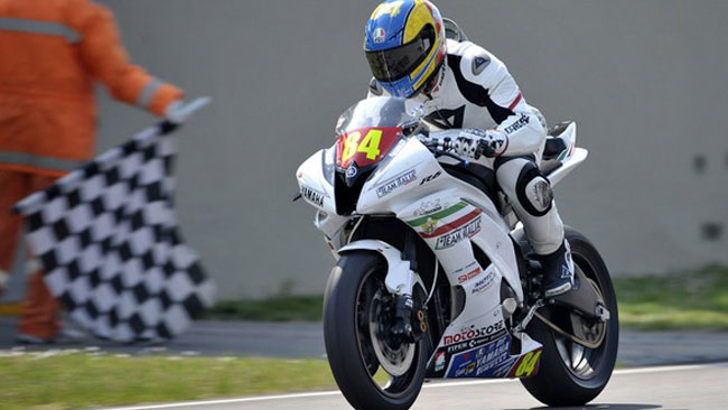 Puccetti Racing’s Riccardo Russo had the CIV Grand Prix in Mugello in his pocket, despite the train of half a dozen following in his Yamaha wheel tracks. One more lap and the victory was his. But in a terrible piece of miscalculation, the Italian mistook the white flag for the chequered flag, and began celebrating one lap early. Victory eventually went to Alessandro Nocco, who overtook a shocked Nicola Morrentino at the final corner. Russo finished a quiet 14th, and returned to his Yamaha garage for presumably a monumental bollocking. 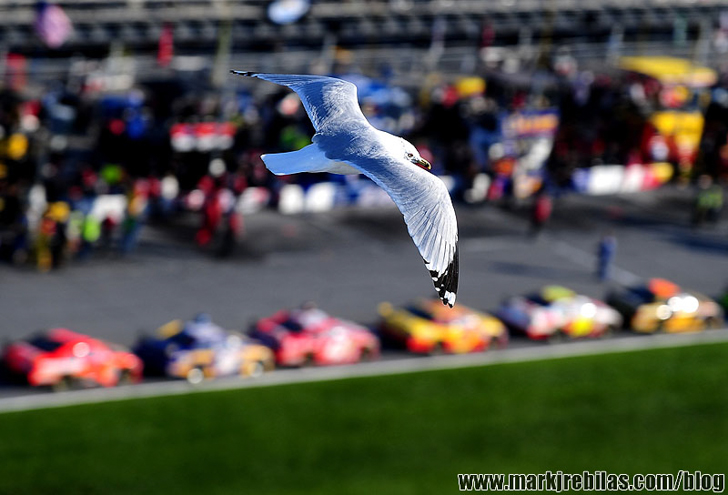 In an astonishing career – one that earned him the nickname ‘The Intimidator’ for his ‘take no crap’ style of racing – Dale Earnhardt took 76 NASCAR victories. Remarkably, only one was at the series’ blue riband event, the Daytona 500. Heading into the ’91 event, the Richard Childress Racing veteran was one of the hot favourites (in an event notable by the absence of AJ Foyt, his first non-start at Daytona since 1967). Peculiarity was to follow, when on the second lap a seagull flew into the path of #3 destroying much of the left side pod. Nailed by Kyle Petty with just two laps to run, fifth place was a bitter pill for Earnhardt.

Have we’ve missed any of your favourite peculiar moments in motorsport? If so, why not drop us a link in the comments box below.