The tyre of the future! 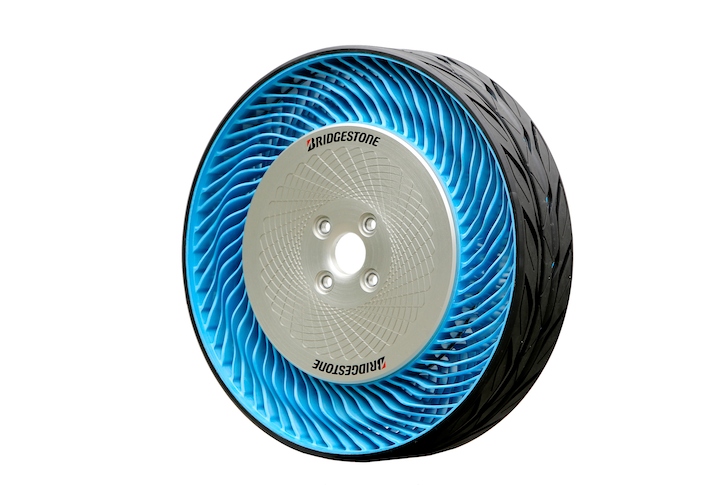 Would you trust a tyre that doesn’t use air as an integral part of its existence? Bridgestone thinks we will, and it’s unveiled a new concept air-free tyre that relies on its construction for stability, rather than the gas within.

It sort of makes sense – a large number of accidents involving blowouts are due to a lack of tyre care, or improper inflation. Remove the need to check pressures and you remove a source of danger. And then there’s the fact that punctures are no longer an issue.

This is Bridgestone’s second generation of Air Free Concept Tyre, and it says it’s a step closer to producing something for commercial use. The spoke structure is made from thermoplastic resin, and the tyre is designed for a low rolling resistance. Both rubber and resin are recyclable. 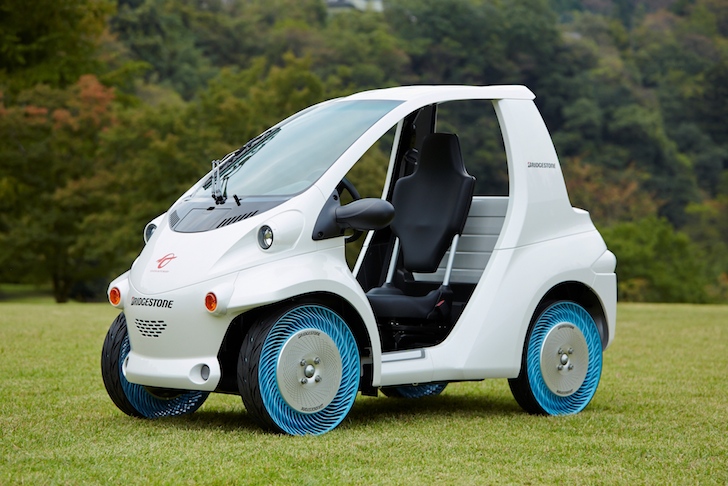 At the moment, high-speed travel (well, 60kph) in ultralight vehicles like this one is possible with the concept. Clearly there’s still work to do if it’ll cope with 150kph plus in ‘regular’ cars, but it’s an intriguing window into what the future could be.

What do you think – is it time we embraced this type of tech?

Previous ArticleDrift UAE 2013. Round 2. Set 6
Next Article Is this the new Lexus IS F?