The Sound of the Ferrari FXX K. Abu Dhabi 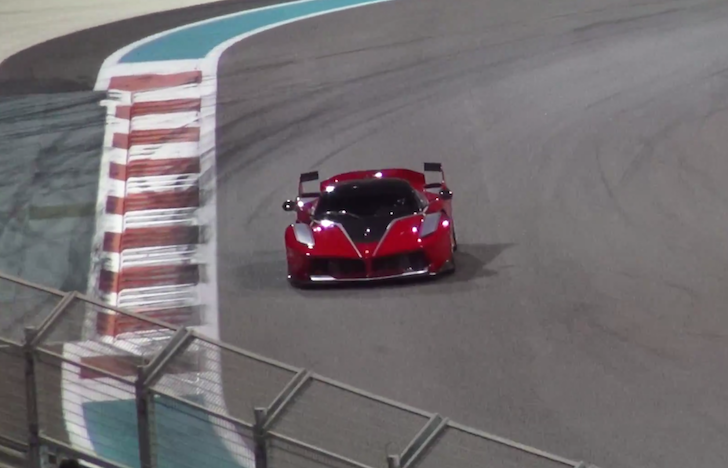 Now prepare for more oohs and aahs, thanks to this short clip, courtesy of Sam Sheehan from Evo magazine, who captured the FXX K barrelling around the Yas Marina Circuit in Abu Dhabi, shortly after its debut. This is what more than 1000bhp of aerodynamic laboratory sounds like when it’s opened up. Ooooh, aaah, and so on.

The appearance was part of the Finali Mondiali event held in the UAE, which also saw Ferrari F1 cars old and new take to the track, along with owners’ and the Ferrari Challenge race series.