The Past, Present and Future of the Ford Mustang

There’s a certain amount of pressure weighing on the shoulders of those that created the latest Ford Mustang. Not only does the new car have to follow decades of stallion heritage, but the sixth-generation of Mustang drops in the 50th anniversary year of the iconic American brand. This car absolutely has to be good.

That might seem obvious, but the Mustang hasn’t always been icon-worthy. Some would say that since the 70s, Ford dropped the ball further and further with each generation, until by the early 2000s, the ball had rolled out of sight and the Mustang was a disgrace to the name. Thankfully, in 2005 the ball was scooped up again with the fifth generation, bringing back classic styling and the character that won all those fans back in the mid-‘60s.

The pressure isn’t lost on the team behind the new car, but they’re confident that with the sixth-generation Mustang, they’ve created a machine that will keep fans happy. Why so confident? Because they’re fans themselves. 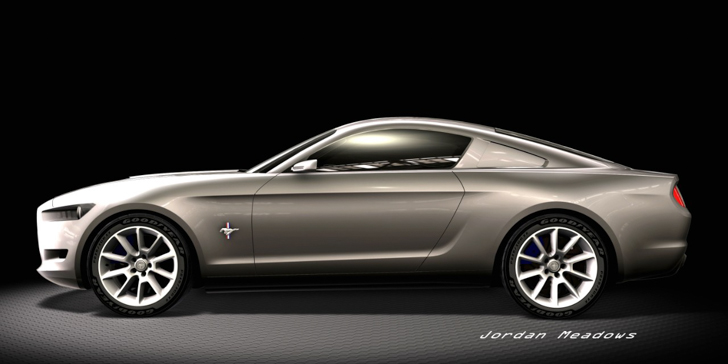 Steve Ling is Ford’s North American car marketing manager, in charge of the most important market for Mustangs past and present. Although the new Mustang will be sold globally in more than 160 countries, it’s very much an American product.

“Part of my role is being the voice of the customer,” Steve says, “and it’s very easy to do that with Mustang because everyone from the chief through, loves this car, drives this car and uses it in every way possible, just like our consumers. “I feel like we know who’s bought the car in the past and who wants to buy it. We’re out with enthusiasts and drivers all the time. We all felt like we had a good idea of what was needed.”

But surely changes to the formula needed to be made for the new Mustang, with so many markets now catered for? Not so, says Steve.

“I used to live in Germany and have a lot of friends in the Mustang clubs there, and they were very clear; they wanted the Mustang that we have here in the US, they didn’t want us to change it, so from a design standpoint that actually made it very easy. We do what is right for Mustang. Although it’s a global car for distribution, it’s not necessarily for concept.” 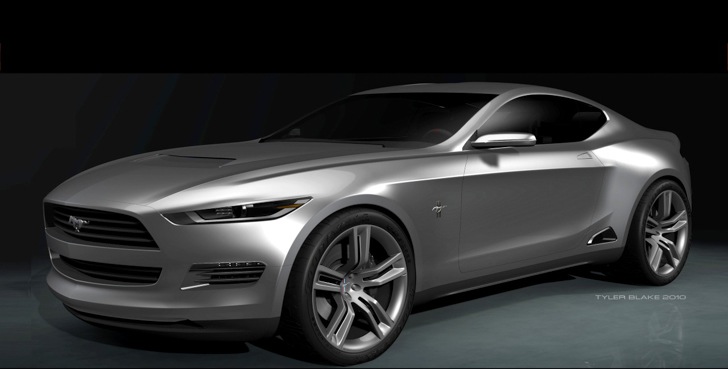 That view is echoed by the Mustang’s chief engineer, Dave Pericak, a man who lists his dream Mustang as a ’69 Boss 302.

“It’s really important that people understand that we designed a 2015, 50th anniversary Mustang and then decided to take it global. We did not design a global Mustang,” he said.

But what does it take to make sure that Ford‘s new Mustang has the right stuff?

“It’s about first establishing the right team,” Dave says. “And then it’s about reinforcing the mindset of the team, that we’re going to build the best Mustang ever, and then defining what that really means. You have to make that decision early on because every decision you make, you have to validate that against that set of objectives and goals.” 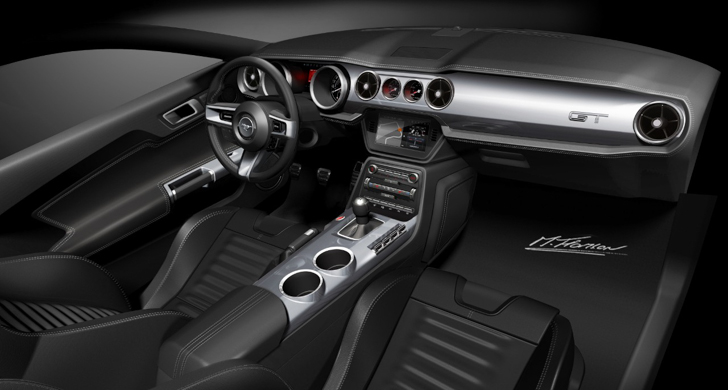 The team agrees that if they’re not happy with the car they produce, then the public won’t be either. They’re confident that they’ve hit the right result to keep die-hard Mustang fans on-side, while attracting new fans too.

“We come from a really good place in that we know what a pony car is, and it’s a beautiful blend between a muscle car and a sports car,” says Dave. “It’s affordable to most, it performs at a level way above what it costs and it still gives you the everyday usability. This is a car that will compete with and beat cars that are two or three times its cost.”

Is there a danger though that a more sophisticated Mustang will lose the very essence of what makes it appealing in the first place?

“It’s not a worry for me,” Dave responds. “The sophistication in this machine will surprise and delight everyone but this is till a very fun, powerful borderline muscle machine. It’s like an athlete that puts a suit on and can be classy when he goes out at night. If you want to burn the tyres and rip them loose, this will feel like a million bucks. But equally in the canyons it’ll be the most confident, sure-footed machine that you’ve been in for a long time.” 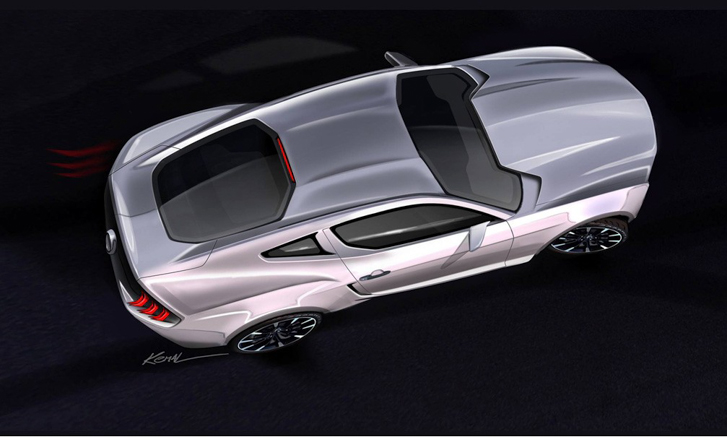 After 50 years of Mustang, both fans and Ford hope that the new model will be the bridge that takes the brand into another five decades. But the motoring world today is changing perhaps more than ever before. Today, the latest Mustang is available with a four-cylinder turbocharged EcoBoost engine that’s more powerful and more efficient than the V6 option. Can the venerated V8 be justified for much longer, with manufacturers increasingly focusing on fuel economy and emissions?

“Being in the automotive industry, this is the most exciting time ever,” Dave says. “The technology is changing so rapidly that what we’re able to do with engines today that you couldn’t do 10 years ago is mind-blowing.

“I don’t think we’ve even scratched the surface of what’s possible. I think there’s a lot more headway on V8s to make them perform at higher levels with better fuel economy and everything else. We’re going to have a V8 for quite some time in Mustang. Customers expect it and our technology will allow us to do that. We’ve got a long way to go.”

That said, neither man will rule out alternative methods of technology in the future – as long as it fits in with the character of Mustang. A suggestion of a future hybrid or electric Mustang doesn’t meet with the snorts of derision that some might expect.

“As long as it delivers on what customers want and what Mustang is all about, we would absolutely consider those things,” says Steve. “It could certainly be a way we would go.”

“We all love the past, and where we came from, but we have to remember that our job now is to build the next 50 years. We want to celebrate 100 years of Mustang.”