Austrian engineering firm Jubu Performance has launched its track-oriented supercar, based on the Lotus Exige 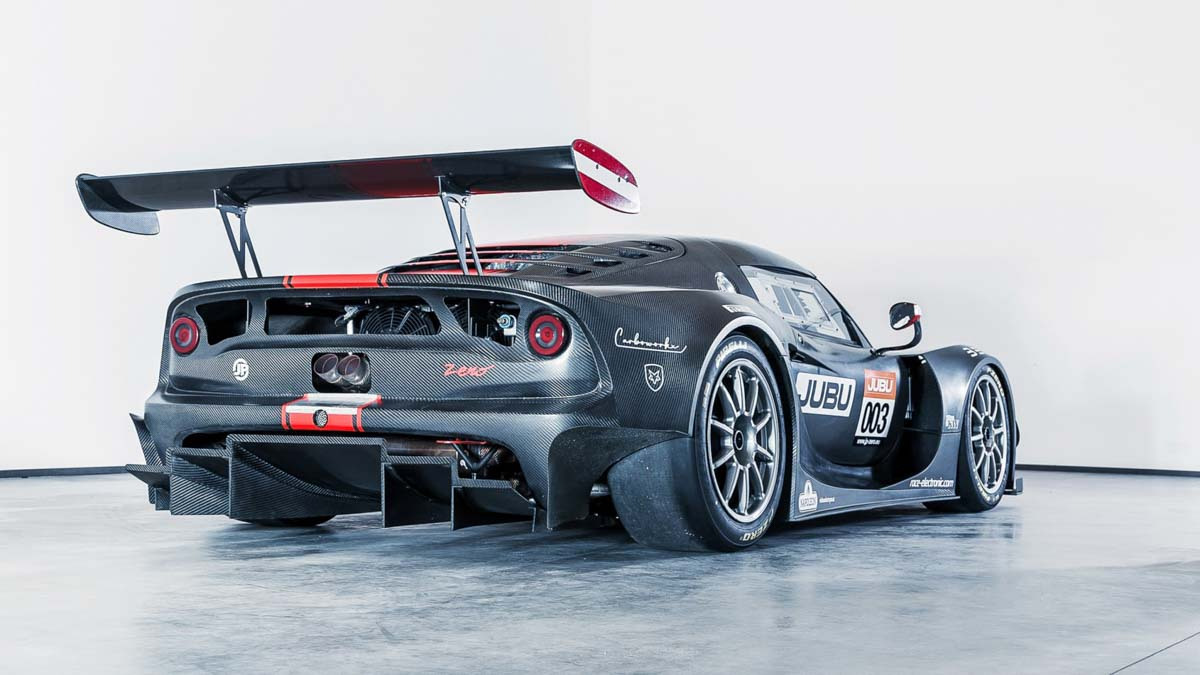 Two decades have passed since the Lotus Exige was first seen so to mark the occasion Austrian Lotus and Caterham specialist Jubu Performance has announced the JP Zero, a heavily modified version of the British sports car. Available in track day, road-legal and GT2 forms, 60 will be produced in total with prices ranging from $298,000 to $776,000.

Famed for its lightweight construction and class-leading dynamics, the Exige has become a popular platform for the development of extreme performance machines. One example is Hennessey’s Venom GT, and now the JP Zero hopes to do the same. As with the Venom, the JP Zero is built from Lotus’s aluminium space frame chassis, but has been fitted with quick-release carbon kevlar panels.

The JP ZEROrace is designed to compete in the GT2 class alongside rivals like Audi’s new R8 LMS GT2. A pair of turbochargers lift output from its 3.5-litre V6 to 602bhp and 468lb ft, which is plenty given its sub-1000kg quoted dry weight.

Power is sent to 315-section rear tyres wrapped around centre-lock 18-inch forged wheels through a dual-clutch transmission and limited-slip differential. The braking package has been suitably upgraded too, consisting of an AP Racing set up comprising 378mm steel discs with six-pot calipers, and four-pot calipers on 356mm discs at the rear.

The ZEROrace rides on adjustable KW Competition dampers, and to meet guidelines for the GT2 class, the ZEROrace comes equipped with an FIA-approved roll cage, carbonfibre race seats and a fire extinguishing system.

The non-competition approved ZEROtrack includes many of the same features as its GT2 sibling, but has instead been designed for more casual track use. Jubu Performance claims that it can be driven on track for 100 hours without any major maintenance, and offers the ability to switch power output depending on the experience of the driver.

20 examples of the ZEROstreet will also be produced, applying these technical changes to a road-legal package. Bespoke to the road-car is an exposed carbonfibre finish to the bodywork, as well as more power, with an output of 730bhp. Official performance figures are yet to be announced, but given the impressive power-to-weight ratio, it’s unlikely to be tardy.

First deliveries of the track-only models will take place early next year, with the road-legal ZEROstreet scheduled to launch in spring of 2022. 20 of each variant will be produced for a total production run of 60 units, with prices ranging from $298,000 for the ZEROtrack to $776,000 for the range-topping ZEROstreet.