Every so often in officical motorsports circles people like to talk about the “Grassroots” and, in particular, how to grow motorsports in the region from the bottom up by establishing a strong base. But what exactly is this “Grassroots” movement and where do you find it? One could argue that the main incubator for motorsports lies in the Karting arena and indeed we’ve got a pretty strong karting scene around these parts. But if you’re looking for folks that are actually willing to bring actual cars to actual events and compete for the first time then there’s only one place that can be truly considered “The Grassroots” and that’s the Autocross scene.

For those who aren’t familiar with Autocross, or the history of Autocross in the UAE, or why it matters, let’s bring you up to speed with some basics. First of all, aside from rally events such as the UAE Desert Challenge, Autocross is in fact probably the oldest form of organized motorsports in the UAE, with a history spanning back into the early 1990s at least, if not further.

Second of all, these events have always enjoyed a sizeable and loyal following over the years, regularly attracting anything from 20 to 60 participants. Lastly and most importantly, a good number of the current UAETCC and UAE GT drivers originally cut their motorsports teeth in the sport, or have participated at one time or another. Not every driver wants to “move up” from Autocross of course, but there’s no doubting the sports historical impact as a talent incubator.

So what’s the deal with Autocross these days then? On the surface things seem to have been pretty quiet on the Autocross scene lately, with the demise of both the EMSF National Autocross Championship as well as the Dubai Autodrome’s Redline Challenge series. This has left local Autocrossers with no official series or sanctioning body to rally around for some time. Although this has seen alot of the top talent in the sport vanish into this air interestingly, the sport has simply refused to shrink or die.

Even with no officially sanctioned series to compete in local car clubs have stepped into the void, taking turns organizing their own informal events for the larger community, all of which offer a good deal of the excitement of an official series even if there’s no official trophies or timings on hand for legal reasons.

Whether it’s APDCC, the BMW Club, Evolve or one of the smaller clubs organizing the event it’s always done with the community in mind and with the aim of providing an enjoyable, challenging experience. If there’s anything these guys are competing for it’s self improvement and the respect of their fellow racers but out on track it’s no less intense than the “old days” where the competition was serious and almost cutthroat!

We’re happy to report that the scene is very much alive then. The most recent evidence of this is the event we’re featuring here; the recent evolve.ae Track Fun & Practice event held at the Dubai Autodrome this past weekend.

While the “big boys” were all out at Yas this past weekend for the V8 Supercars and UAE GT Championship race more than 30 Autocrossers, with many coming from as far away as Oman and ABu Dhabi for the event, descended on the Oval circuit at Dubai Autodrome and, like clockwork, spent an afternoon doing their thing.

The current format of these events is pretty simple on the surface really – front wheel drive, rear wheel drive and all wheel drive cars are each divided into Stock and Modified classes, numbered up and released one by one to run through the cones in the minimum time possible.

A simple, informal timing system is used for each driver to track their performance, with time penalties given for hitting cones or veering off course. Fun and improving car handling skills are the order of the day and, being private events, any rare miscreants are simply invited to not come back again, which keeps things in check.

Even though each run may only last for just over a minute, the expereince of actually driving in an Autocross event is pretty intense – a matter of having lightining quick reactions times, a keen sense of car control and excersising one’s memory to the limit in order to remember the quickest way around the course, or discover a quicker one.

It’s no easy task mastering all of that while your adrenaline glands are maxed out and pumping furiously as almost a hundred people are watching your every move. The reward, though, is a driving experience you simply can’t get on the streets and a level of camaraderie rarely seen in Motorsports.

Perhaps the most interesting thing about Autocross style events is the equalizing nature of the courses. Having a fast car is no guarantee of having a fast time; there are many examples in the history of the sport where a highly skilled driver in a humble car has been able to demolish the times of even the most exotic, well prepared machinery.

The stopwatch doesn’t lie then, and for many competitors Autocross’s continuous learning curve is a key part of establishing and continually hone core driving skills which come handy in any sitiation, be it in emergency situations on the road or on actual racetracks.

These club run events have been going on for roughly a year or so now then, going from strength to strength and have quickly become extremely well organized to the point that as an outside observer you’d have no clue that there’s no official involvement or assistance of any sort by any powers-that-be.

In fact, everything’s often run on a volounteer basis by the clubs themselves from course setup, to event logistics, to event promotion to event management to driver training, all usually done at cost (with the notable exception of Pirelli, who have a long history of supporting the Autocross community).

The proof is is the pudding though. Events are usually limited to 20 or 30 cars in order to aid logistics and guarantee that all the participants get more than their fair share of runs on the track. This approach has worked quite well, with a main attraction of the club-run events proving to be the additional seat time as compared to official events, where competitors have traditionally been limited to two or three timed runs.

There’s been no problems filling girds so far then, and the variety of machinery that shows up is always diverse and often quite impressive! Everything from econoboxes to exotics has seen the cones at some point, although it seems that many of the more diehard Autocrossers have particularly fond feelings for rally inspired rides.

One can’t help but think that, given the continuous amount of interest, it’s simply a matter of time before Autocross once again crosses back over to its former status as an “official” event on the Motorsports calendar in some form or other.

There’s lots of work to be done on that score though. Even though the benefits of the sport should be pretty obvious on the surface, Autocross has to face the realities of the costs and planning required to run each event even on an unofficial level. Taking things to the next level is even more difficult as it’s always tricky nailing things down and getting everyone to agree upon the details, not to mention a maze of legal and logistical trickery to navigate.

Nonetheless, the sport is still thriving and has become quite organic then – completely self supporting and self running and largely, for the moment, quite happy to run under the radar judging by the amount of happy faces you’re likely to see at these events. If that’s not the very definition of “Grassroots” motorsports then we can’t think of one.

If you’d like to know more about Autocross, or fancy having a go yourself, we recommend that you check out the following websites:

Previous ArticleKBS – FX Drift Challenge. Malaysia getting in on the act
Next Article A Model Ford // Nearly Street Ready 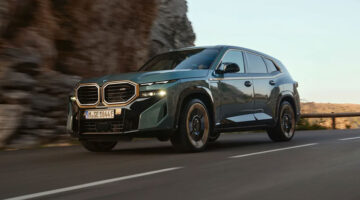 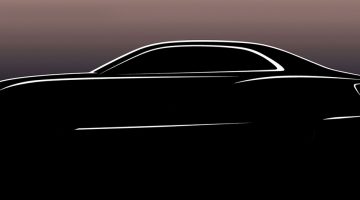