Tesla has unveiled the all-new Model 3. 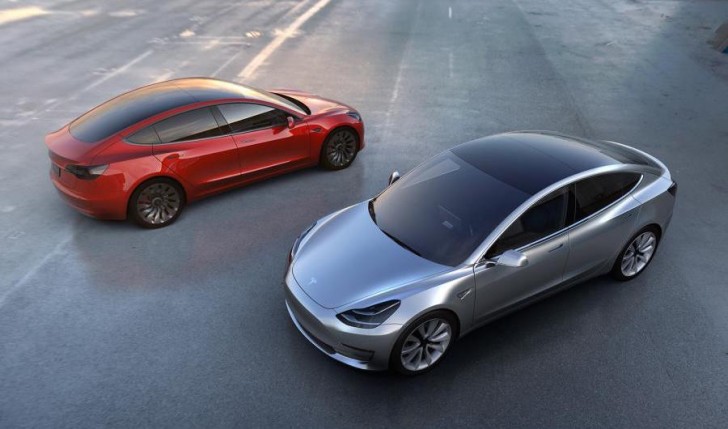 Tesla has unveiled its BMW 3 Series, Audi A4 and Mercedes C-Class rival in the form of the Model 3.

Despite only being launched today (at a launch event in California) and order books only being open for 24hours, the Model 3 has already received 115,000 customer orders worldwide.

Exact engine specifications have yet to be revealed, but the model is claimed to have a 0-100kph of sub six seconds, with a mile range of more than 250miles.

Due to being electric the car has two boots (one at the front and one at the rear), much like the Model S. The model also receives the same tablet-esque infotainment system.

As Tesla’s fourth all-electric model, it’s the most affordable yet, with prices starting from $35,000. First deliveries are expected late next year.

All Model 3 customers gain free access to the manufacturer’s 3600-strong Supercharger network. Tesla plans to double this figure by late next year.