Two electronically powered machines – a driverless train and the Tesla Roadster. But which one is quickest across Dubai? crankandpiston.com finds out

The public of the 1950s had a very interesting vision of what the future would be like. According to films of the time that peered into the 21st century, we’d have conquered space and dress daily in foil suits. Food would be in pill form, and we’d travel everywhere by driverless monorail and electric cars. Most of their predictions turned out to be hilariously wide of the mark, but not all. Two of the above have proved strangely prescient. Driverless trains are here in the Middle East, and now, so are electric cars. It’s now entirely possible to traverse entire cities without emitting any polluting carbon dioxide (the gas responsible for man-made global warming, according to scientists) into the atmosphere.

In the UAE, we have the Dubai Metro. It’s officially the world’s longest driverless metro network at 75km, and stretches from Al Qusais in the north of the city down to Jebel Ali in the south. Dubai is also home to the Palm Monorail, which stretches the length of the Palm Jumeirah. My colleague James will be the man riding the Metro at speeds of up to 100kph, and my challenge is to beat him, while avoiding the pollution of an internal combustion engine. My weapon, therefore, will be my own electric wonder, the Tesla Roadster. 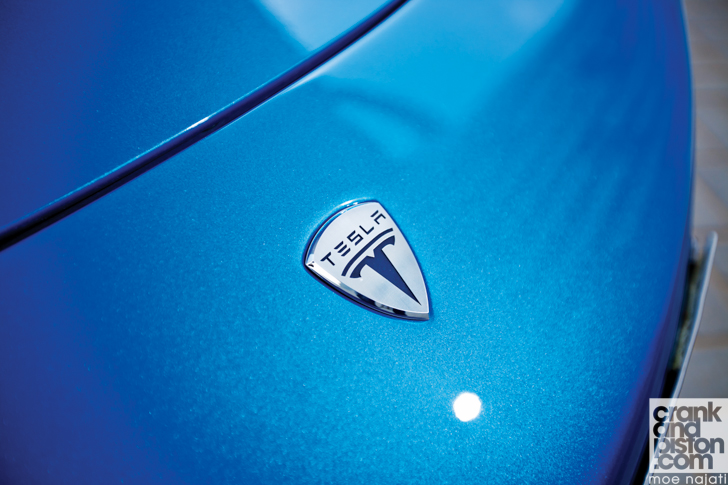 Perhaps the best-known electric car in this burgeoning sector, the Roadster is the product of Californian company Tesla Motors and was first revealed in 2008. It’s based on the platform of a Lotus Elise but instead of a Toyota or Rover-derived petrol engine, the back end of the car is home to lithium-ion battery cells and a three-phase, four-pole AC induction motor. The result is the equivalent of 248bhp and 200lb ft through the rear wheels, in a car that weighs just 1235kg. Which should be fun. Our Roadster is a 2009 model and has been brought to the UAE by Green Car Rental, a new firm based in Dubai that offers a range of alternatively-fuelled vehicles for hire to the general public, from the sporty Tesla to hybrids like the Toyota Prius and other electric vehicles, such as the Chevrolet Volt. Its founder sees a market for those in image-conscious Dubai that not only want to be green, but want to be seen to be green, and has plans to expand the fleet further in the future.

We’re picking the Tesla up from the firm’s headquarters in the centre of Dubai, and after introductions are made we head to the car park. There it is, looking decidedly Lotus-esque, and tiny; the roof barely reaches my waist. It’s been literally plugged into a wall socket overnight to recharge (a process that takes a number of hours) and when I look at the dashboard display, the range reads 219km. That should be enough for today, but rules out road trips. 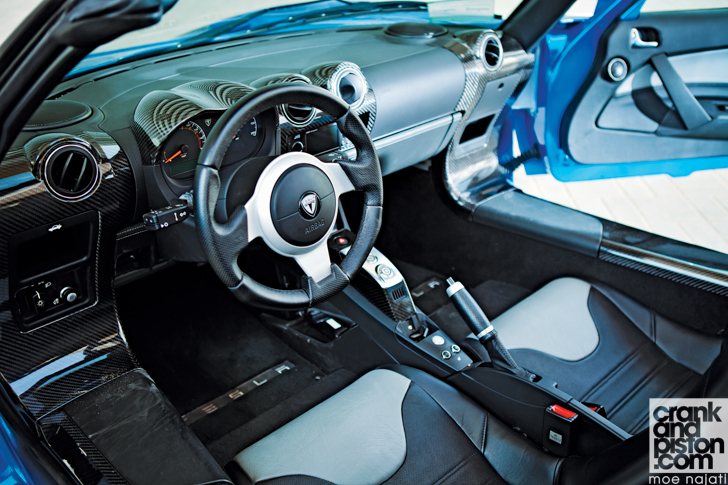 Anyone that’s got into a Lotus Elise will understand the difficulty in accessing the driver’s seat. The tub’s high sides and the low canvas roof make for a low aperture, and there’s a knack in folding oneself into the bucket. I don’t have it, and it takes a minute or two of swearing and contorting my limbs before I’m settled. I’m sitting very, very low – literally on the floor of the car – but the driving position is excellent. In fact, because of the diminutive stature of the Tesla, my head is pretty high up in the cabin, and my eyeline is level with the top of the windscreen. I can also reach out from the driver’s seat and touch the passenger-side window without stretching. A little racing-style Momo wheel (with airbag) greets me, and some plain dials behind. The speedometer is in miles per hour rather than kilometres, and on the same dial is the rpm of the motor, which redlines at just over 14000rpm. The second dial is a kilowatt readout, which defaults in the middle at zero and moves left into minus territory while using the regenerative braking system. Acceleration moves the dial right, up to 200kW. Underneath is a digital display of the battery, showing how many amps I’m using and the range. Another screen at the base of the dash gives more information about the car and there are buttons marked D, P, R and N to select direction of drive.

The interior includes big swathes of carbon fibre, but there’s very much a hand-made feel to it. Some may call it ‘quaint’, some might find it a bit shonky if they’re used to volume production cars. Our car has been passed around a lot and it’s done some 6000km, but some trim is peeling on the passenger-side interior door handle and the central iPod dock has got pushed into its mounting point. The footwell meanwhile is tiny, housing ‘stop’ and ‘go’ pedals and a miniature ledge on which to rest one’s left foot. I sit with my little toes touching the outside edges of the cavity and my heels are touching each other. I can swivel my right foot from the brake to the accelerator, but that’s all I can do. There’s no chance of left-foot braking here.

A twist of the key, and a light show from the dashboard, but nothing else. No shudder, no sense of ignition. I tentatively poke the right pedal and the Tesla eases forward. Eerie. I head out of the car park and almost drive straight into the wall, realising with a start that there’s no power steering and low speed manoeuvring requires some serious arm and shoulder strength. 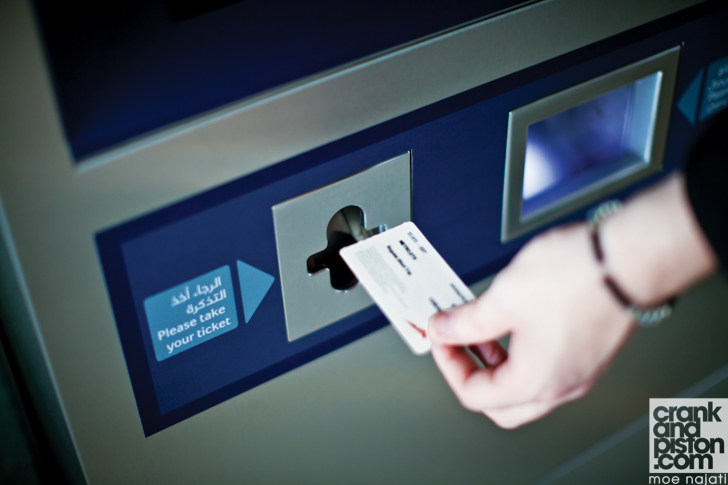 Once onto the open road, I head with James to Etisalat station, the end of the line of the Metro’s Green Line. Here will be the starting point for our little race. Starting in the car park he will head for the platform and cruise through Dubai, changing onto the Red Line at Khalid Bin Al Waleed station, and then transferring from Nakheel to the Palm Monorail. Our finishing line is the seafront in front of the Atlantis Hotel. May the best man win.

As James strolls off to buy his ticket, I ease out of the station car park and set off towards the coast. We’ve decided that I’ll avoid the main Sheikh Zayed Road highway, since outside of rush hour it’ll just make things too easy. Instead, I’ll head to the corniche, through the Shindagha Tunnel and through Jumeirah Beach. Nevertheless, I’m pretty confident. I doubt James has even got onto the platform before I’m on the road and driving parallel to the train tracks raised overhead. I pass two stations and can’t see a hint of a train behind me. I chuckle to myself and contemplate ways of rubbing defeat in his face.