Tesla Cybertruck unveiled – no, it really does look like that 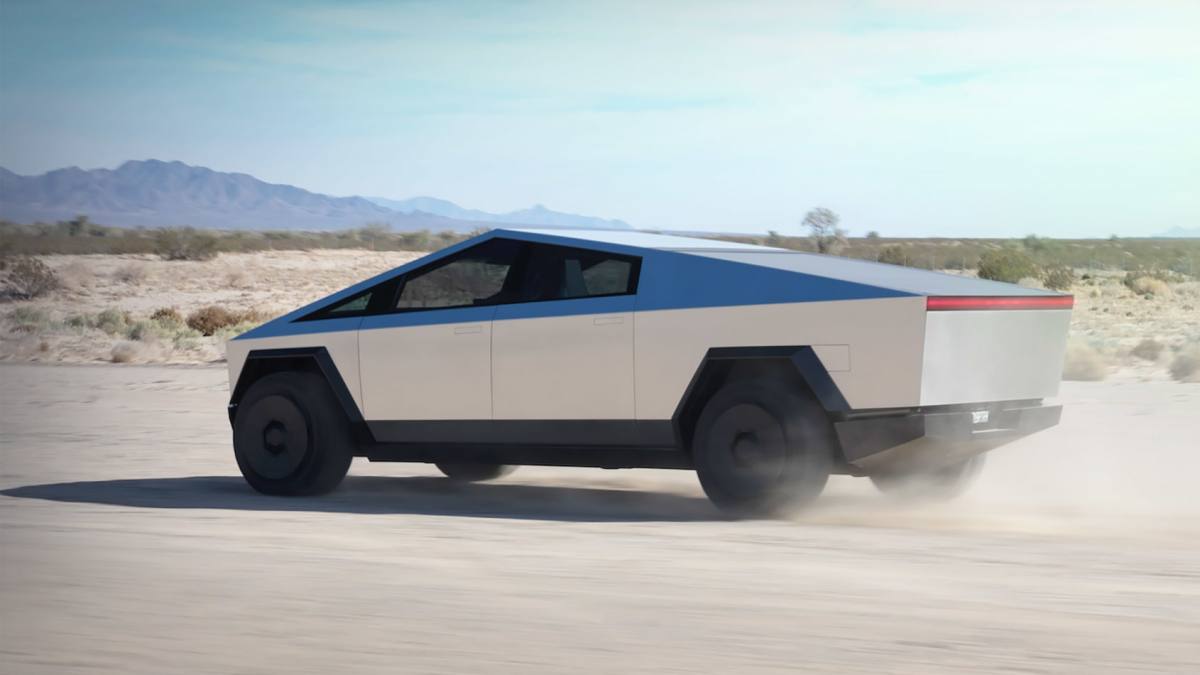 The Tesla pickup truck Elon Musk promised has finally arrived – and it’s… err, quite something.

Called Cybertruck, Tesla suggests with its usual modesty a vehicle with ‘better utility than a truck, with more performance than a sports car’, but it’s the Marcello-Gandini-on-acid styling that draws the most attention.

Tesla claims enormous structural strength and longevity from the chassis too – the body is formed from stainless steel (best known in the automotive sphere from the DeLorean, but also a material Musk is using in SpaceX’s cartoonish Starship rocket). Corrosion resistance is obviously a plus, but Tesla’s claim that it helps eliminate dents seems more dubious – particularly given the armoured windows smashed during a demonstration at the car’s reveal.

As that suggests, there are different motor options in the Cybertruck, with an entry-level rear-wheel-drive, single-motor variant, an all-wheel drive, two-motor model, and the range-topping tri-motor. Range is quoted as 400+, 500+ and 800+ kilometres respectively, and while no power outputs are quoted, the performance figures give a reasonable indication of the truck’s ability – the single-motor model is claimed to reach 96kph from rest in under 6.5sec, the dual motor under 4.5sec and the tri-motor sub-2.9sec.

Unladen though, the truck probably feels quite remarkable, particularly given its size and the ability to seat six passengers. The interior carries on Tesla’s recent work – a steering wheel and tablet-style 17-inch central touchscreen are really all you get – but it’s difficult to imagine the yoke-like steering wheel or marble-effect dashboard reaching production.

It’s difficult to imagine any of it reaching production in fact, at least any time soon – there are still a couple of other Tesla production models due before it, including the aforementioned lorry and the Model 3-based Tesla Model Y crossover.