TEASER VIDEO. crankandpiston.com pits the new Porsche 911 Turbo S up against the McLaren 12C Spider where they both belong, the mountains twisties. 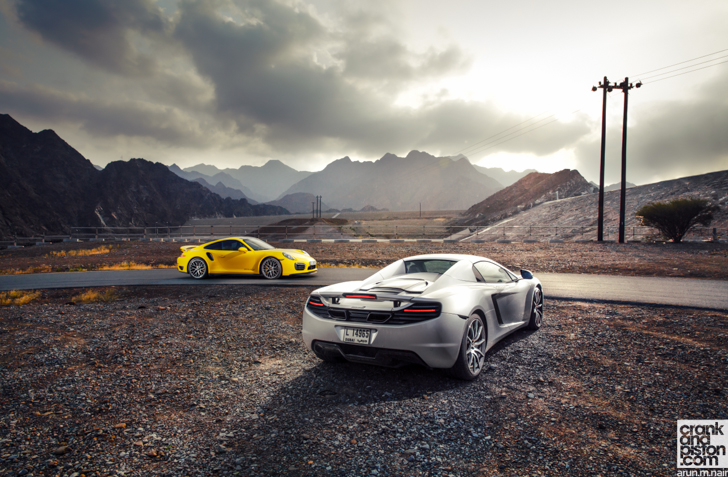 The news that production of the McLaren 12C would come to an end this year – in the wake of 650S hysteria – came as no real surprise to anyone, least of all crankandpiston.com’s James Davison.

It also came as no real shock when early reports flooded in concerning the new 991 Turbo S, critics the world over raving about that mighty 560hp being pummelled through Porsche’s twin-turbocharged flat-six.

But when faced with a mountain road, which would truly be the eye-opener? Could the 12C prove that even after five years it still had what it takes to shake off the opposition, or would the 911 Turbo S demonstrate Porsche’s step into true supercar territory? There was really only one way to find out.

You can read crankandpiston’s feature on the Porsche 911 Turbo S and the McLaren 12C Spider very soon. For now though, we thought you might enjoy this teaser…

Previous ArticleMcLaren 650S. FIRST DRIVE
Next Article The 6 Lost Alfas – The Good, The Bad, The Ugly