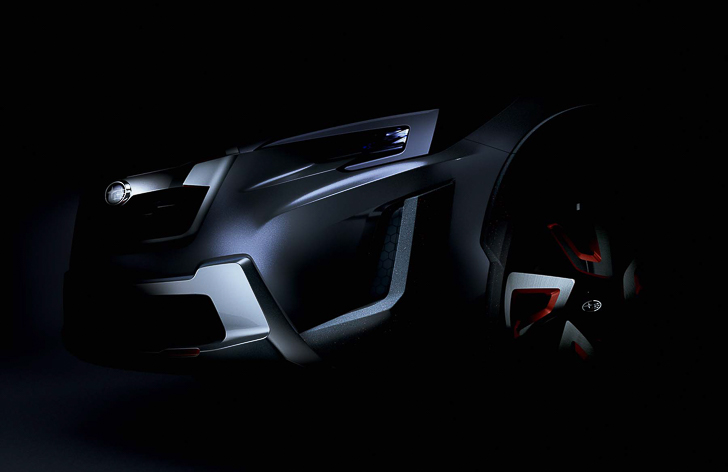 Subaru has teased the next generation of its XV crossover ahead of the model’s conceptual debut at the Geneva Motor Show.

Though few details have been revealed of the concept – subtly called ‘the XV Concept’ – the supplied teaser image does suggest a more muscular appearance than the current gen XV, updates for which were recently announced as it limbers up for retirement. The rugged-looking front bumper, slick headlights and gaping air intake in the front bumper for instance are reminiscent of the five-door WRX concept unveiled at last year’s Tokyo Motor Show, with which the newboy is also expected to share platform. And though they’re shrouded in partial darkness, there’s some pretty cheeky alloy wheels on offer too by the looks of it…

Engine and powertrain options hitherto remain a mystery, though it has been suggested – given its poor sales compared with the Nissan Quashqai and BMW X1 – that the XV’s current 2-litre unit might be swapped out for a downsized, more fuel efficient unit befitting the WRX platform. All – well, some – eyes will be on Subaru’s stand when doors open for the 2016 Geneva Motor Show on March 1.