The most extreme Aston ever is almost upon us. 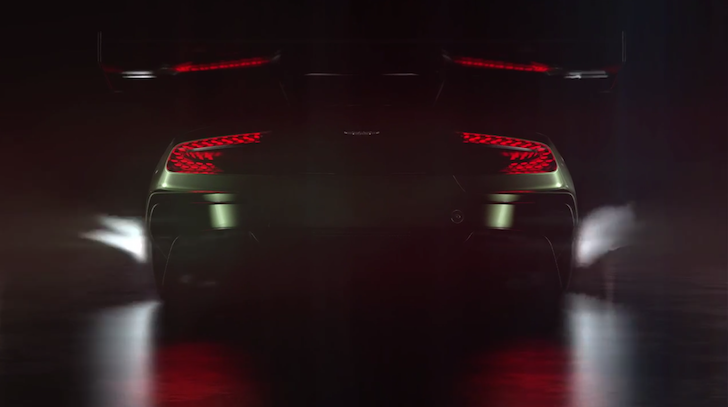 Aston Martin will unveil a new hypercar at Geneva – the Vulcan – and this is a taste of what it’ll be like.

Aside from the fact that it’ll apparently spit flames from side exhausts and sound completely awesome, we know that the Vulcan will be the most extreme Aston Martin yet, eclipsing even the 740bhp One-77 in terms of performance. Think well over 320kph, 0-100kph in less than three seconds, and super-duper handling. Word has it that it’ll be a track-only special, limited in numbers to only a couple of dozen. And the video tells us that it’ll have a very large rear wing.

Expect performance. Lots of it. We’ll find out more at the Geneva Motor Show next month.