It’s our first official look at the new BMW M3 and M4. 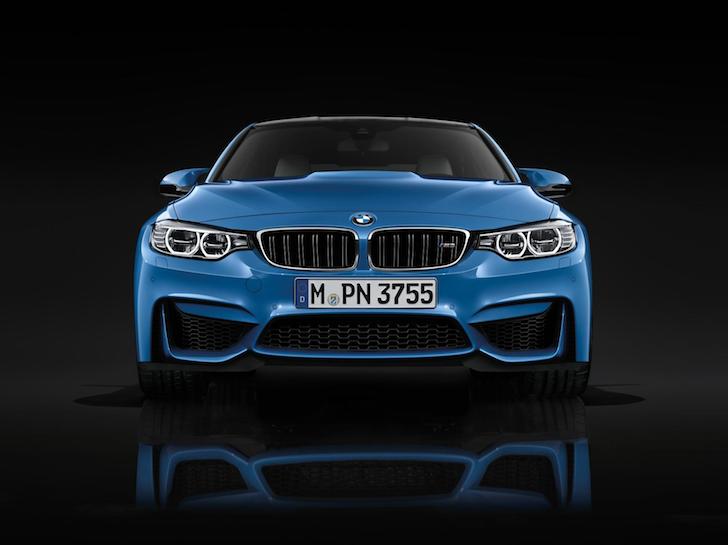 BMW fanboys, calm yourselves. Yes, the new M3 (above) and M4 (below) are almost here, but that doesn’t mean you need to go totally insane just yet. Plenty of time for that when we find out how they drive. But for now, we’ve got these sexy images and some tech specs to get your appetites whetted. 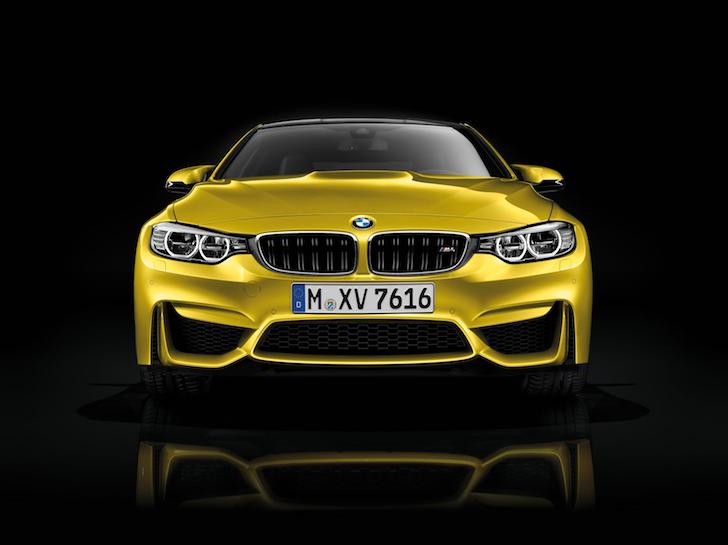 Despite the different names, these are essentially the same car, just with different numbers of doors. To make sure we understand the difference, the M3‘s full name is the M3 Saloon (or Sedan, depending on the market), while its sibling is the M4 Coupé. Get it? Good. This is the fifth-generation M3 (as we shall be referring to the generic underpinning), and marks the first time it’s sported a turbocharged engine, although it’s also a return to six-cylinder power after the last generation’s dalliance with a V8. Under the bonnet of both models is a 3-litre inline six with 425bhp and 406lb ft available from 1850rpm up to 5500rpm. While the power increase isn’t lots – up from 414bhp on the old model – the torque is particularly notable, as it’s an increase on the outgoing M3 by around 40 percent. 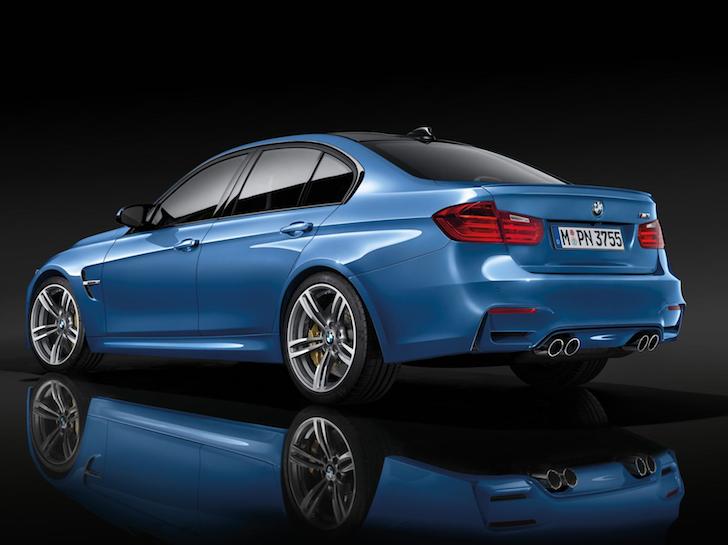 Both models are rear-wheel drive and more than 80kg lighter than the old equivalent M3, thanks to lightweight materials, most notably a carbonfibre-reinforced plastic roof. CFRP features in lots of the components too. Both cars are also more slippery, thanks to extensive aerodynamic work, and have an electronic Active M Differential. Development was carried out at the Nurburgring, as is pretty much standard these days for any car with performance credentials. 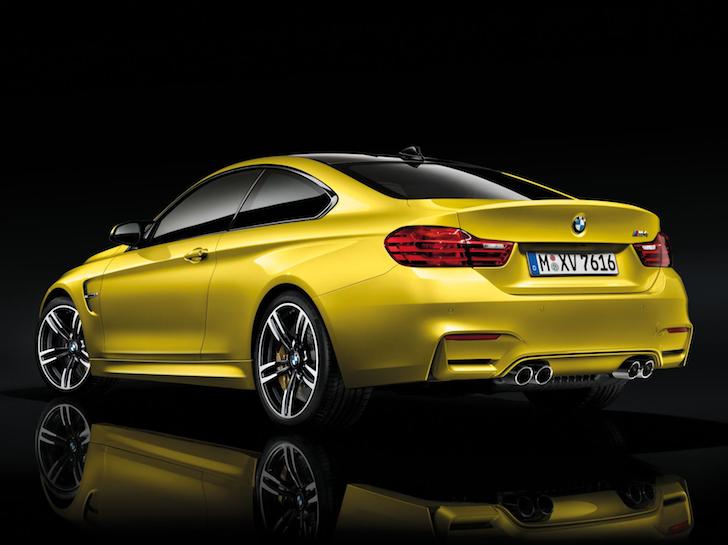 The M3 and M4 are available from the factory with six-speed manual gearboxes, but most in the Middle East will be specified with BMW‘s seven-speed double clutch affair, which will bring with it a 0-100kph time of 4.1 seconds for both cars – 0.2 seconds faster than with a clutch pedal, thanks in large part to an integrated launch control feature. Our favourite feature though has to be the Smokey Burnout function (yes, that’s really the name). Guess what that lets you do? 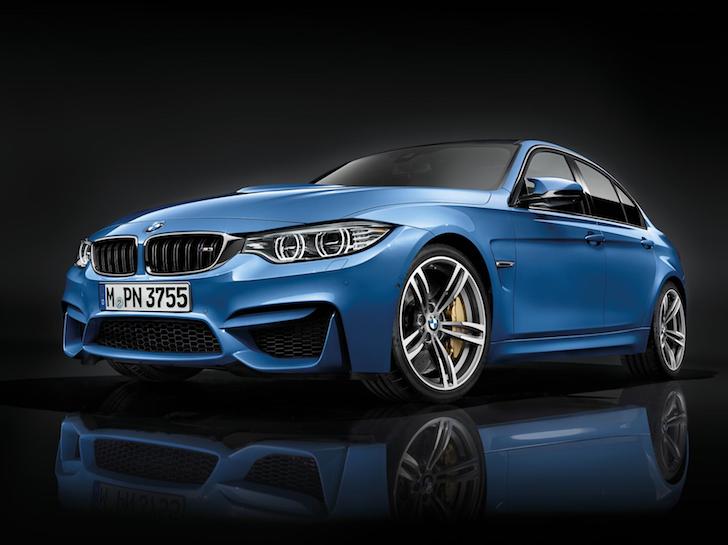 Looks wise, the M3 and M4 are the products of an established recipe – take the standard non-M cars and beef them up a bit. Enter a more aggressive front end, smoothed underbody and lip spoiler on the M3 (integrated bootlid spoiler on the M4). 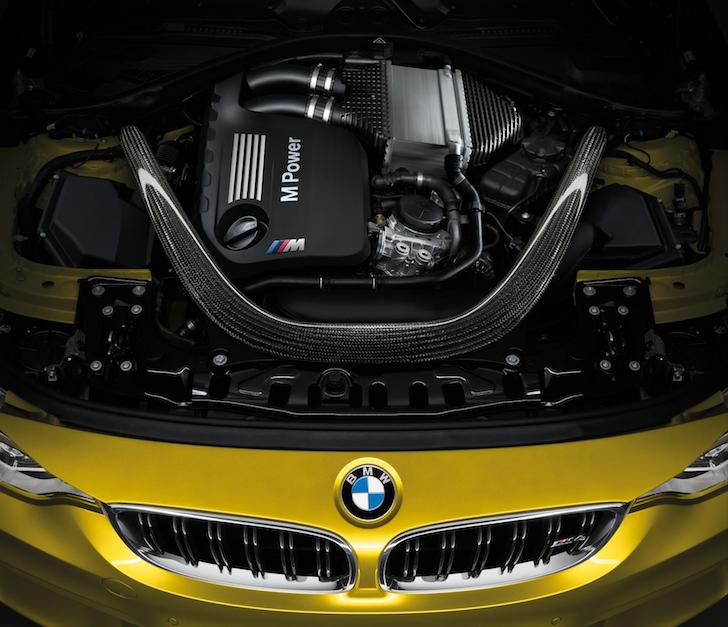 Both M3 and M4 have been designed with the track in mind as well as the road, and include a clever motorsport-derived sump that stops oil sloshing around during particularly vigorous cornering and ensures the engine’s getting all the lubrication it needs. The suspension has been redesigned using aluminium to reduce weight on the control arms, wheel carriers and axle frames, while a CFRP strut brace and bolted joints between the axle subframe and the body structure help to stiffen things right up. 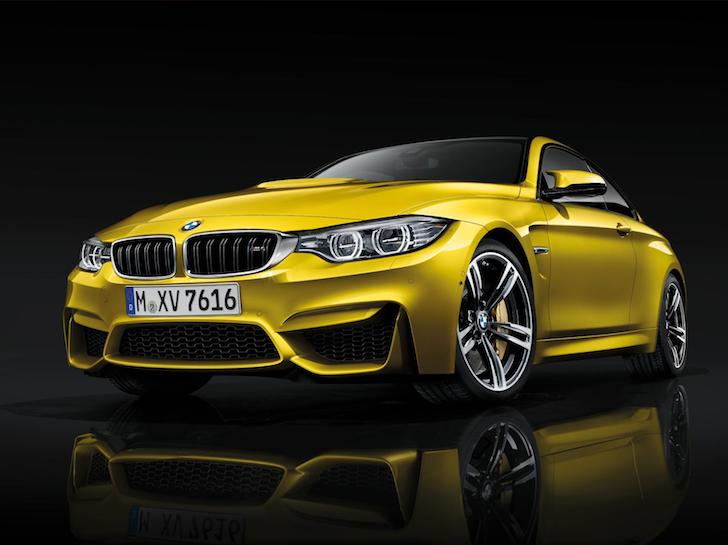 At the back, the new five-link rear axle is also lighter, thanks to forged aluminium components, and another rigid connection between the rear axle subframe and the body increases the stiffen factor even further. This, BMW says, is a technique also lifted from motorsport. 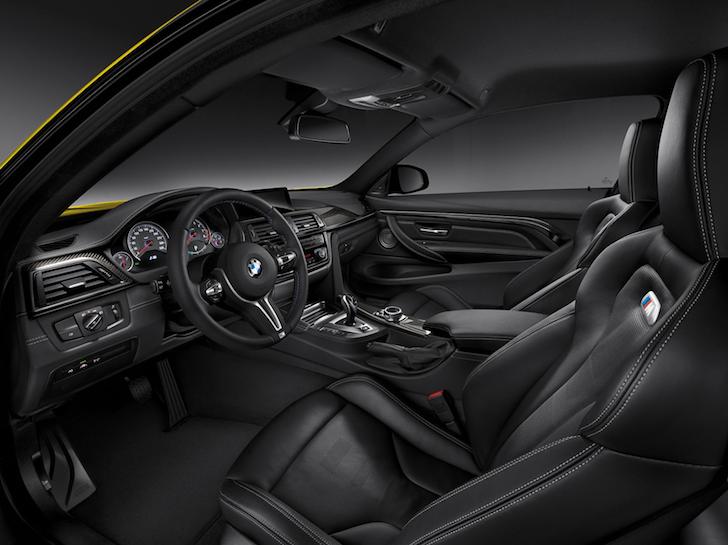 Traditionalists might sniff at the new electromechanical power steering, but we’ll reserve judgement until we’ve tried it. It’s able to be set to one of three modes – Comfort, Sport or Sport+, as is the Adaptive M suspension. BMW M Compound brakes are standard – lighter than conventional BMW stoppers – while even lighter M Carbon ceramic brakes are optional, and can be spotted by their gold callipers.

So then – who’s getting excited? 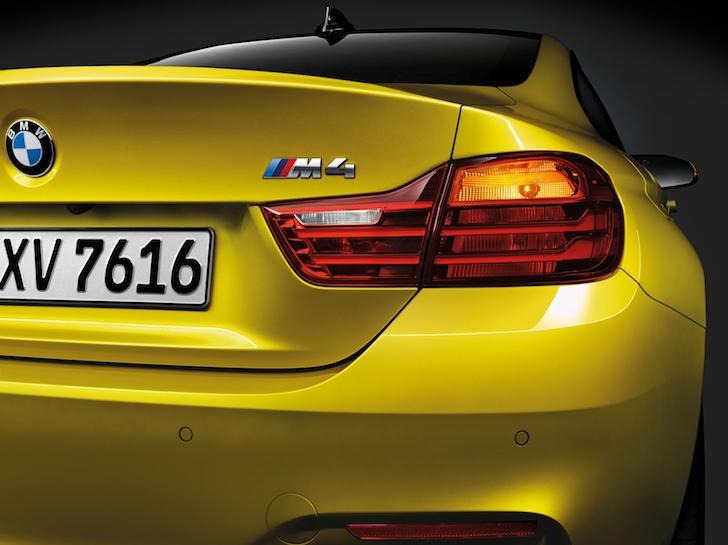