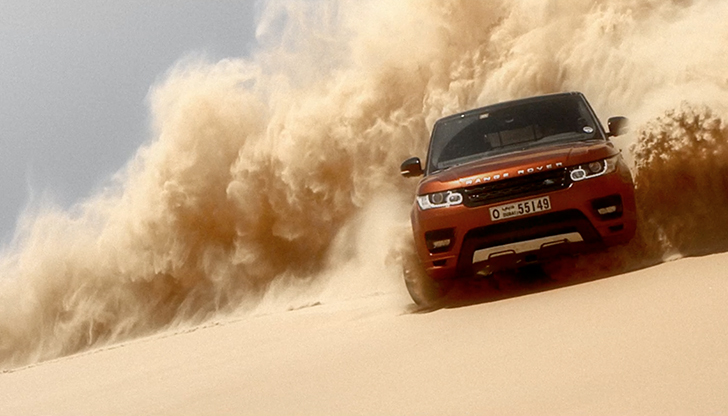 It doesn’t get much bigger of a challenge than hacking across the Empty Quarter (Rub’ al Khali) in a full on Dakar spec race car, let alone a bone stock production car. Yes, yes, it’s a Land Rover and should be more than capable, however we are talking the world’s largest sand desert, treacherous terrain, violent sandstorms and unforgiving temperatures here.

The video below tracks the team’s 849km journey from Wadi Adda Wasir in Saudi Arabia to the border of the United Arab Emirates. The team completed the challenge on November 3rd 2013 (if you cast your mind back, you’ll have seen the car at the Dubai Motorshow), finishing in a frankly crazy 10 hours and 22 minutes at an average speed of 51.87 mph (81.87 km/h), and the documentary charts the journey from beginning to end. Enjoy.