crankandpiston.com has just got back from driving the new Mercedes-AMG S 63 Cabriolet on the Côte d’Azur. And we’re not going to beat around the bush, it’s good. Really, properly good. So let’s not cock around with a full review, let’s just dive straight in with the specifics 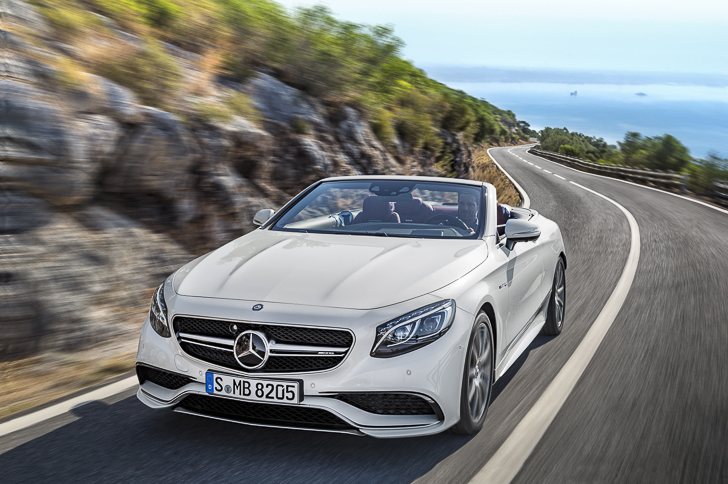 Three years ago, Mercedes unveiled the sixth generation W222 S-Class, pulling the silks off both a coupe and S 63 AMG version later that same year. And this is the convertible version of that. That’s mostly it. It’s probably also worth mentioning that this is the first open-top luxury four-seater from Mercedes since the W111 of 1971, it kicks off Merc’s ‘Year of the Roadster’, and it becomes the sixth member of the S-Class family.

Stunning, quite frankly, and largely unchanged over its coupe alter-ego (understandable, given that they share 60 per cent of their bodyshell components). That means a black diamond radiator grille, a front bumper with large air intakes, chrome trim, and two character lines on the bonnet, as well as – apparently – the largest fabric-folding roof of any production car in the world. One that can be stowed in a little over 20 seconds at up to 50kph, and can even, thanks to some tricky Munich witch-craftery, be opened when you’re outside the car.

Much like the outside, the interior is pretty spectacular, offering a minimalist cabin layout that’s simultaneously cavernous for both front and rear passengers. We also find the same updated and intuitive infotainment system as found on not only the Coupe, a welcome relief after the somewhat out-dated technology we found on the SLC 43 we also tested on the Côte d’Azur. But we’ll get back to that…

Oh, and let’s not forget a whole heap of technology to ensure that both the ride quality is as smooth as a bowl of custard and that you don’t wrap your luxury cabriolet around a tree (the most notable fixtures being PRE-SAFE active braking and Steering Pilot, among others). There’s also an AIRSCARF that blows warm air onto your neck and shoulders when the roof is down should the wind deflectors not keep those biting temperatures at bay. 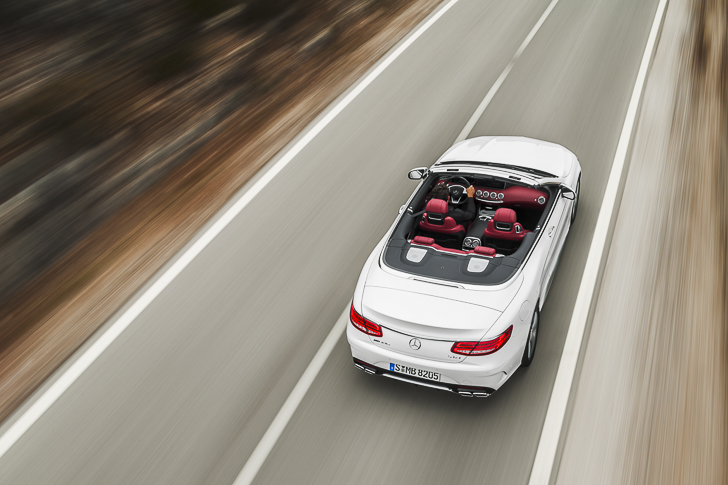 But don’t think this acceleration is aggressive. Far from it, since it’s almost hilariously easy, low down grunt and a wide torque curve ensuring the pick-up is titanic and seemingly endless without being overly violent in making light work of that 2110kg. That’s combined with an AMG seven-speed automatic gearbox that, while slightly more hesitant than the 9G-Tronic on the SLC, is nevertheless impressively smooth and sharp on upshifts, paddles or otherwise. All told the S 63 is insanely fast, triple digits on the speedometer ticking over almost effortlessly.

HOW DOES IT HANDLE?

Remember we mentioned the S 63 weighed 2110kg? Yeah, you’ll have forgotten that through the first opening sequence of corners, since this luxury land yacht boasts a truly baffling sense of composure. Even through the tighter corners, the body feels superbly rigid and the agility is such that the Mercedes can be hustled with a great deal of confidence, if perhaps with the occasional bite of understeer and bodyroll. Thanks to the 4MATIC all-wheel drive system though, traction is phenomenal out of the corners, a 33/67 rear-biased torque split ensuring the front end never feels overloaded. True, the steering might feel a bit vague (regardless of Comfort, Sport or Sport+) but there’s such directness and accuracy at the front end that this is rarely a concern. Don’t be too concerned about the monstrous speed you’ve picked up heading into a corner though, since some truly massive brakes bring the beast to a halt quickly and reassuringly. 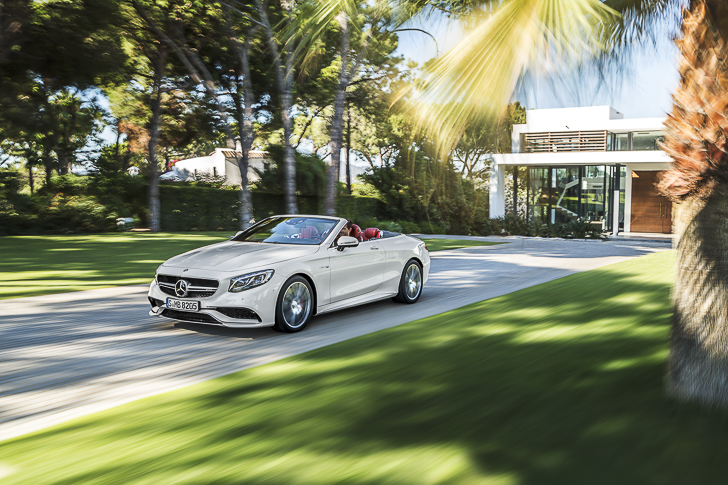 Forerunner is Bentley’s convertible Continental GT Speed, which is powered by a 6-litre twin-turbo W12 that produces 616bhp, just 31bhp more than the S 63. Yes, the added cache of the Bentley badge and the luxurious hand-built quality that goes with it will be a key selling point for customers, but let’s not forget the $211,500 Merc slides in nearly $75K ‘cheaper’ than the $235,200 GT Speed. Again, bank heists, etc…

Buy it. If you have the money, that is, and even if you don’t, smile in the knowledge that something this large, this heavy and this luxurious can also shift with this effortlessly and with this much disdain for the laws of physics. Whether the sensation of driving across the Cote d’Azur in a topless Mercedes will translate in the Middle East, we’ll have to wait and see. But be under no misapprehension: this thing is properly, PROPERLY good. 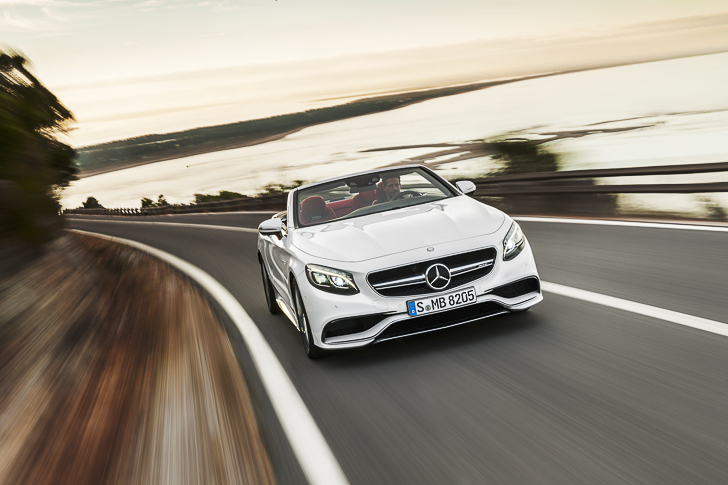 Previous ArticleVIDEO. What makes a Honda is who makes a Honda
Next Article VIDEO. Limited edition Aston Martin Vantage GT8