Following the 2017 Geneva concept, Aston Martin’s svelte Rapide has also been given the AMR treatment 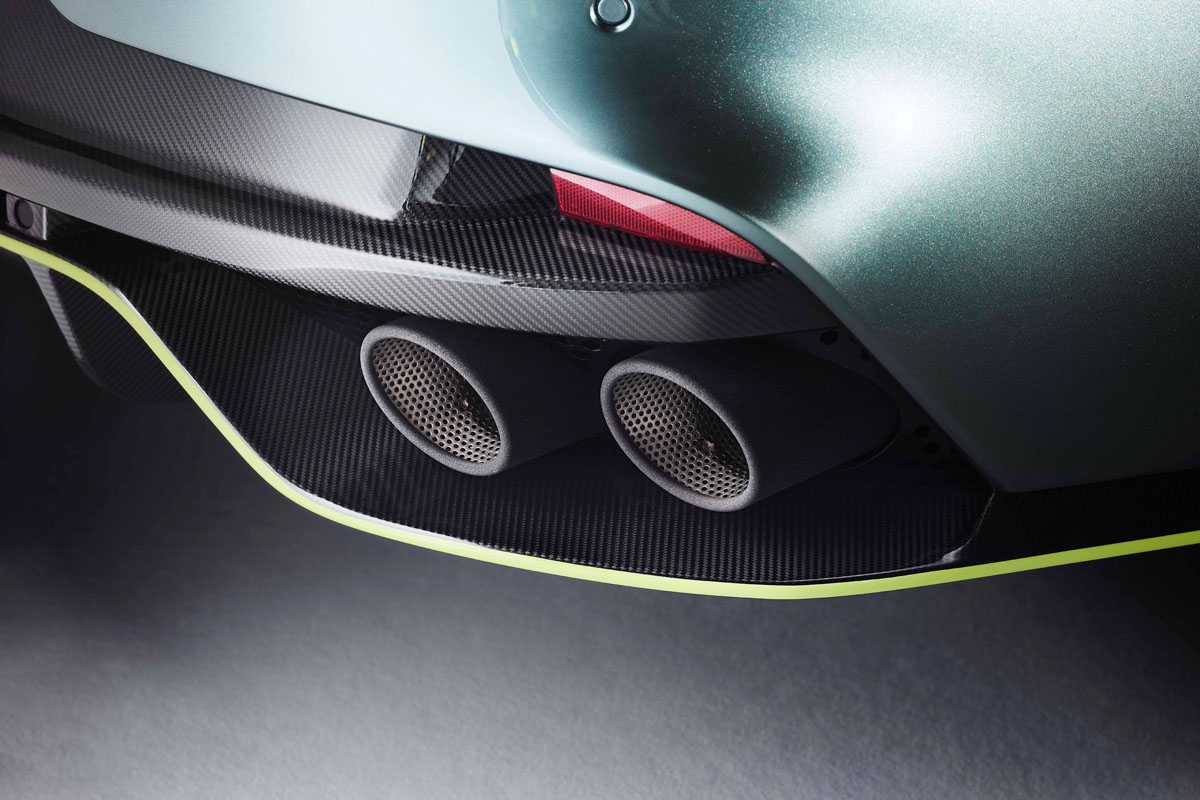 Image 10 of 10
Aston Martin has revealed details of its latest AMR, or Aston Martin Racing model – this time based on the four-door Rapide. Already revealed in concept form at the 2017 Geneva motor show, Aston Martin has now confirmed that the 330kph supersaloon will reach customers at the end of this year and cost $260,000. It will be limited to 210 units.

The most interesting changes take place under the Rapide’s new skin, centred on the same naturally aspirated 5.9-litre V12 engine as was first developed for the Vantage GT12. As a result, power is quoted at 595bhp – 53bhp up on the normal Rapide S – produced at a tingly 7000rpm. To go with the extra power, the Rapide’s eight-speed ZF automatic transmission has been recalibrated, and allows the large saloon to hit 100kph in an impressive 4.4sec.

To keep the Rapide’s mass under control, Aston Martin Racing has lowered the ride height by 10mm, and recalibrated adaptive dampers to reduce roll and pitch. Carbon-ceramic brakes have also been fitted – a first for the Rapide – comprised of 400mm discs at the front gripped by six-pot calipers, and 360mm discs and four-pot calipers at the rear.

Another first for Aston Martin is the use of forged 21-inch wheels, wrapped in aggressive Michelin Super Sport tyres. The design is the same as was seen in the concept, with a complex pattern of delicate spokes.
The styling changes outside are also borrowed from the concept, starting with the new front bumper incorporating an aggressive front splitter and new low-set daytime running lights. The same motorsport-inspired design elements are seen throughout the new Rapide AMR, with deep side skirts and an aggressive rear diffuser also standard fit. Like the recent DB11 AMR, the new Rapide also features quad rear exhaust outlets, something that had not been seen on Aston Martins until fairly recently.
As with all AMR models so far, buyers are able to choose between a variety of colour options. Available in three different colour schemes, the one applied to the car in these images is the trademark ‘Signature’ palette, combining Stirling Green paintwork with lime green accents, although other colour combinations are available, too. An increasingly common signature of AMR products is a coloured pinstripe along the splitter, skirts and rear diffuser. In this respect, the Rapide is no different.
Inside, the four-seat cabin has been given the usual makeover made up of a combination of black Alcantara and carbonfibre as in other AMR models. One of the Rapide’s most dramatic interior elements is the full-length centre console, usually finished in a combination of waxy leather and timber veneers. Here, Aston Martin Racing has instead replaced it with a full-length carbonfibre unit, in the same style as its GT12-inspired centre dash.
The current Rapide is the last of Aston Martin’s VHII platform cars in production. As a result, the Rapide AMR is an ostensibly old car in the presence of fresher siblings like the DB11 and Vantage. But its unique application of a naturally aspirated V12 engine amongst V8-powered rivals should prove to be enough of a distinction to lure in buyers who are after something a little more special than a commonplace Porsche Panamera Turbo.
This article originally appeared at evo.co.uk
Copyright © evo UK, Dennis Publishing