Postcard from the 2015 Frankfurt Motor Show 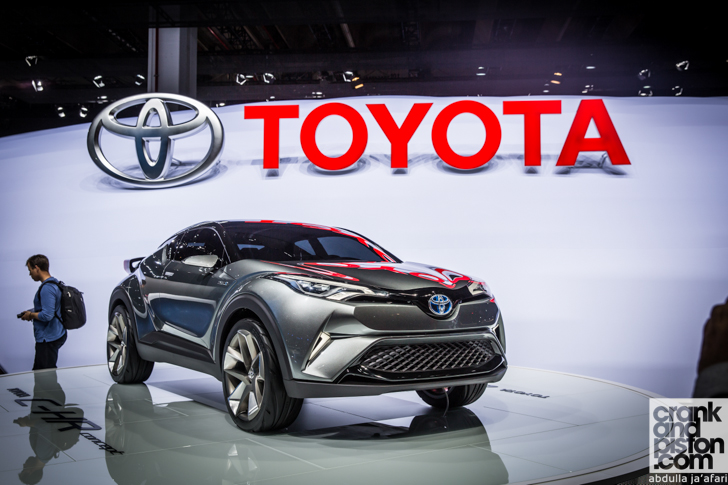 Toyota meanwhile had something altogether different to offer at Frankfurt, a revised version of the C-HR concept that debuted at last year’s Paris Motor Show. A Nissan Juke rival when the newboy makes its production-ready debut at Geneva next spring, the concept showcased revised looks (the most notable of which being the additional rear doors), Toyota’s New Generation Architecture, a CVT gearbox, and a four-cylinder that – predictably – will also be offered in hybrid form: it wouldn’t be a Toyota without some kind of hybrid powerplant now would it? If, and when, the C-HR makes production, it is likely to sit beneath the RAV4 in Toyota’s line-up. 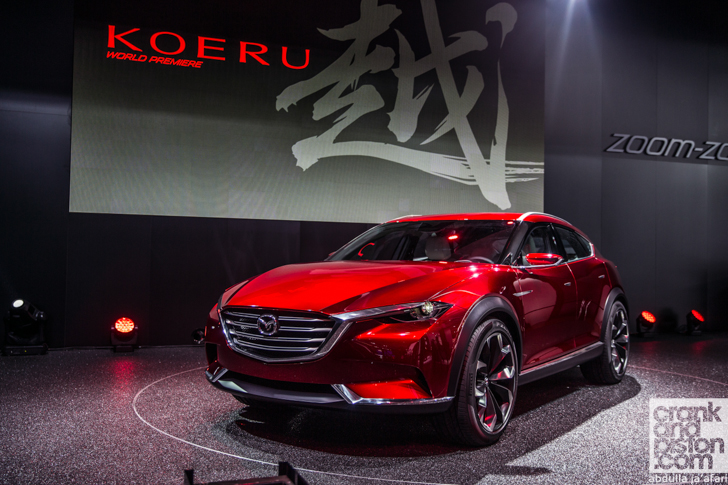 Across the way, Mazda pulled the silks from its own crossover concept, the Koeru. Meaning ‘to exceed’ or ‘go beyond’ in Japanese, the concept – unsurprisingly – is expected to ‘surpass existing standards and raise the bar for performance, efficiency and overall value’. More similar in style to the BMW X6 and Mercedes’ new GLE, any production-ready version would likely place the Koeru in direct competition with the new Land Discovery Sport. Much the same size as the company’s CX-5, although not based on any of Mazda’s existing platforms, the crossover concept is powered by a 2.2-litre SkyActiv unit, although performance figures have yet to be released. 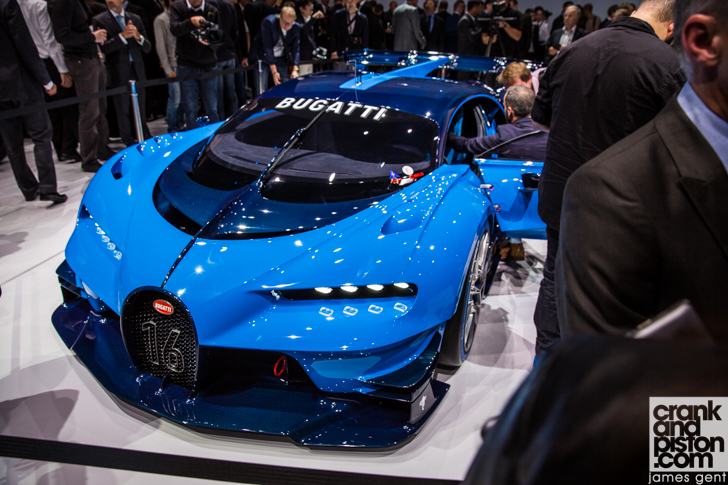 Let’s be honest, nobody expected this from Bugatti. The company may have taken the automotive world by storm in 2005 with the Veyron – the fastest production car ever made – but when teasers ahead of Frankfurt appeared, many (yes, us included) figured the V8 rumble was coming from the long awaited Chiron, the Veyron’s spiritual successor. The Vision Gran Turismo’s eventual reveal sent many a headline spinning and fanboy heart-rate fluttering. It really does look very, VERY good… 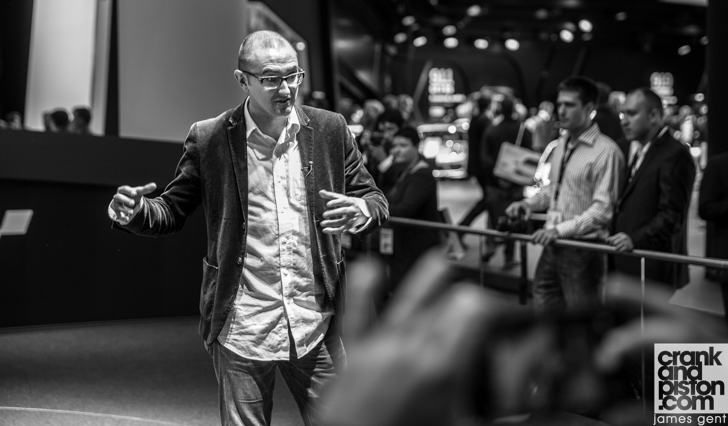 …as also explained by XCAR’s Alex Goy, with whom crankandpiston.com caught up during the show. Hope you like the shot Alex! 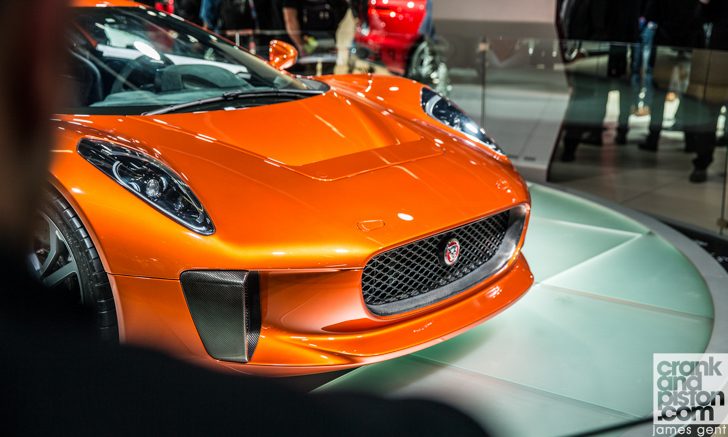 Fans were also surprised to see the Jaguar CX75 concept on stage at Frankfurt, Jaguar’s Aston Martin and Ferrari bating concept that disappeared without trace when focus shifted to the F-TYPE and new F-PACE. That was until it was once again #goodtobebad, the C-X75 turning up in the forthcoming James Bond film, Spectre. Speculation has suggested that momentum on the project has picked up again, and though Jaguar has yet to confirm or deny rumours, strong critical feedback on both the new XF and the brand new BMW 3 Series-rivalling XE, as well as Jaguar’s recent drive to re-invent the brand mean this former pipedream may yet resurface in the months that follow. 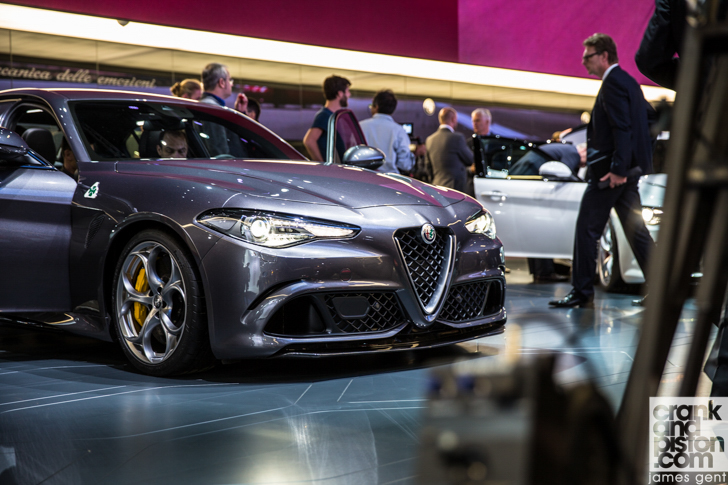 Speaking of the BMW 3 Series, Alfa Romeo brought its latest Munich-rivalling saloon to Frankfurt too, much to the delight of hardcore petrolheads. It certainly looks the part – though this being an Alfa, that’s hardly surprising – and with a 503bhp new aluminium biturbo 3.0-litre V6 strapped down under the bonnet, 3 Series-bating performance is also in the offing. Sadly we won’t know who wins this particular top trump twin test until next Autumn when the Giulia is set to be launched to the market. The Giulia is the first of eight new Alfas planned over the next three years as part of a $5.5 billion investment that will (hopefully) see the company sell 400,000 cars a year by 2018. 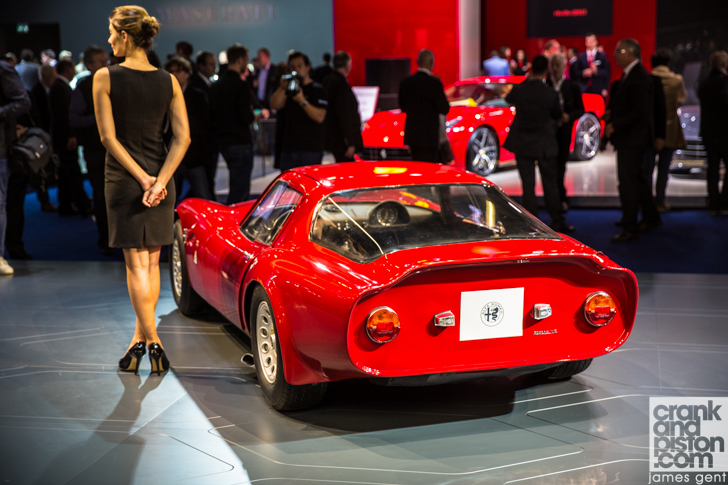 Fair to say though that the Giulia TZ – the new model’s nearest ancestor – arguably drew more attention than ‘just another four-door saloon’. Originally introduced in 1961, the TZ boasted up to 160bhp from its 1.6-litre four-cylinder and would hit a top speed – if you squeezed the throttle REALLY hard – 216kph.

Not that any of this mattered: after all, it boasted one of the most stunning car designs ever created, straightline drag runs were not what Alfa TZ enthusiasts were looking for. Try Matt Monroe and a Swiss mountainside road instead…

Previous ArticleHow to make a Pretzel with a BMW M3 and Martin Tomczyk
Next Article New Porsche 911 Carrera. Breaking tradition 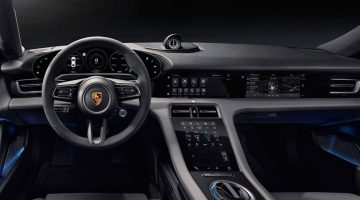 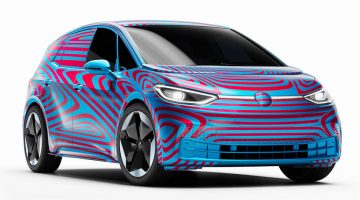