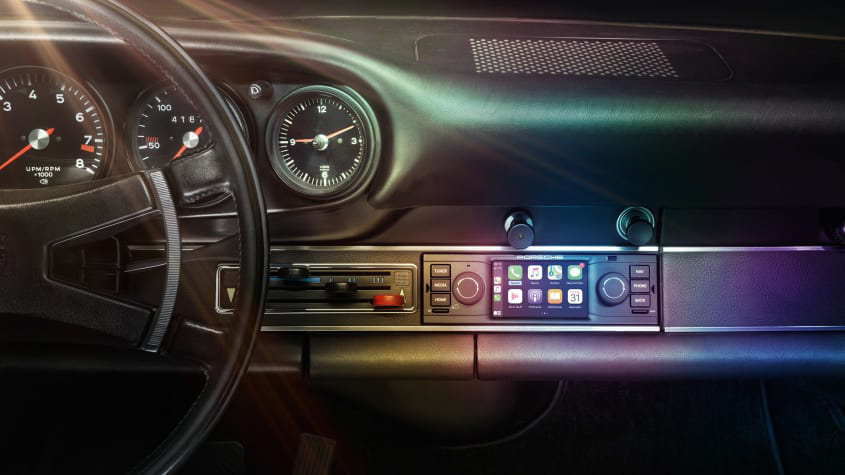 Few things date more quickly in a modern car than its infotainment system, such is the speed of digital progress in the 21st century, but this is a compromise that Porsche Classic hopes to address for its customers with a new range of modern audio upgrades for its older models.

Called Porsche Classic Communication Management (PCCM), Porsche Classic has released two units available in different sizes that incorporate all the modern inclusions you’d expect in a modern Porsche. DAB digital radio and an integrated satnav system are standard, as is a full suite of AUX, USB and SD card playback options, plus Bluetooth to connect your phone for calls and music streaming. Apple CarPlay and Android Auto have also been integrated.

There are two different versions of the new PCCM: either a traditional DIN-1 or more modern double-din size. The former covers Porsche models from a 1965 911 F all the way through to the final 993-generation cars of 1998. It’s also compatible with most other Porsche models available in that time period, including the 914, 924/944 and 928. This smaller unit is traditionally styled with period-correct Porsche design elements and fonts, while incorporating a 3.5-inch touchscreen flanked by two control knobs.

The second unit has been designed specifically for 996-generation 911s and 986 Boxsters, incorporating the same features onto a larger 7-inch touchscreen that fits into the same placement as the usual head unit. As with the older unit, the fonts are period correct, and feature a similar physical control set-up to the following 997-generation 911 and 987 Boxster (and now Cayman).

Fitting modern infotainment systems into period-correct fascias is nothing new, with OEM audio suppliers Becker and Blaupunkt both manufacturing similar updated units. Becker recreates a selection of retro head units for a whole range of classic and modern classic models from Ferrari, Mercedes and Alfa Romeo, all incorporating modern internals, if not the touchscreen interfaces seen in these factory Porsche upgrades. 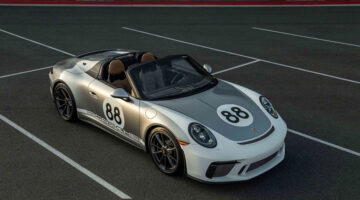