New 911 Targa 4S offers coupe usability with more style than a convertible, but four-wheel drive only will put off those looking for the purist 911 driving experience. 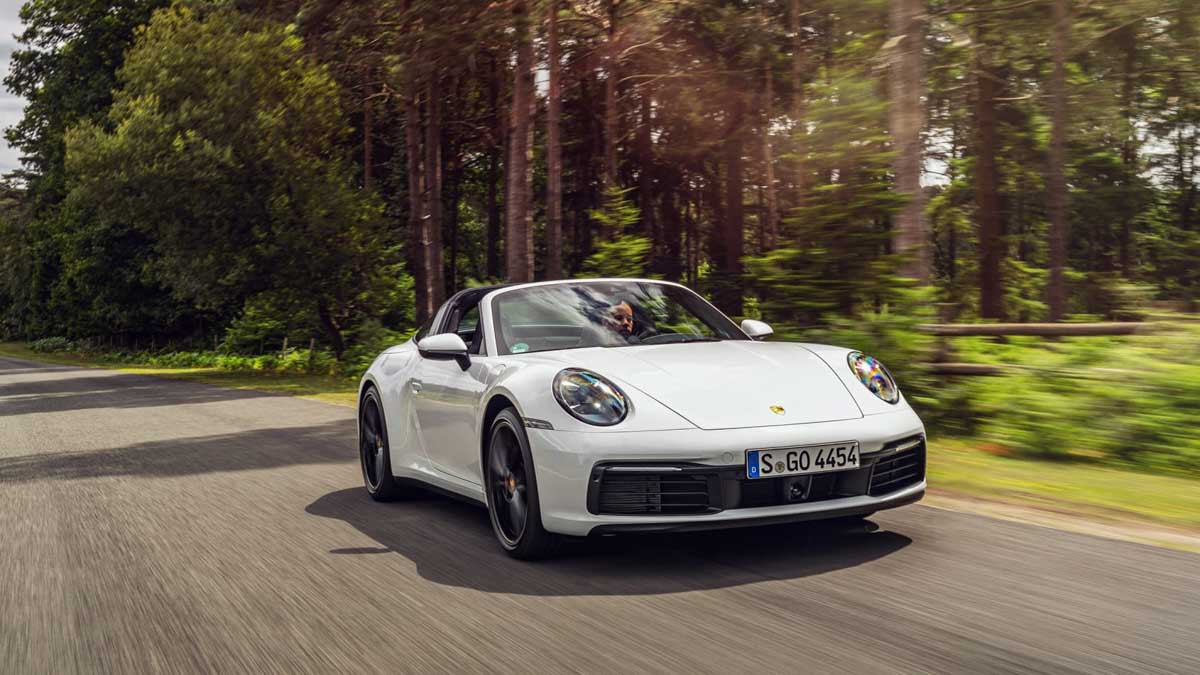 With the arrival of this new Targa 4S, Porsche has completed its body styles line-up for the 992-generation 911, bar the next GT3, with the four-wheel-drive-only coupe-cum-convertible proving to be a compelling answer for those who don’t want a rear-drive 911. And with removable roof panels pretty much ignored by all other manufacturers today, unless TVR gets its act together the 911 Targa is likely to remain unique in this respect.

As with the current Carrera models you can have your Targa in plain non-S form or as an S, but the Targas are only available with four-wheel drive and, for now, a PDK transmission, although the seven-speed manual will soon be made available on the 4S. Priced alongside the Cabriolet models, the Targa is designed for those who don’t enjoy a hard-roof coupe or a soft-top cab, which you might think is a pretty niche customer base, but given 50 per cent of all Porsches sold are fitted with a retractable roof, continuing with the Targa makes sense for Porsche’s balance sheet.

Our test car is fitted with the 444bhp version of Porsche’s 3-litre twin-turbocharged flat-six engine, delivering its peak power at 6500rpm and accompanied by 390lb ft of torque between 2300 and 5100rpm.

Having been put through the WLTP mill, the flat-six may have lost some of the low and midrange bark to its soundtrack thanks to the particulate filter that’s now fitted, but its performance isn’t exactly lacking. 100kph arrives in 3.8 seconds, or two-tenths quicker if you order the Sport Chrono pack. Should you find somewhere suitable it will also crack 304kph. Considering it weighs 1675kg this is a set of numbers that few could argue against.

The eight-speed PDK double-clutch transmission is untouched from the other Carrera 4S derivatives, as you’d expect for an all-new gearbox, so too Porsche’s Traction Management four-wheel-drive system, which is predominantly rear-wheel drive until the 911 needs some assistance at the front axle. Porsche’s torque vectoring system is fitted as standard and includes a locking rear diff.

Rear- and four-wheel drive 911s now share the same wide-hipped body, and the Targa shares its body and chassis from the group up to the windowline with the Cabriolet, before going its own way with its neat roof arrangement.

Requiring the not inconsiderable piece of glass at the rear of the car to lift up before the roof panel can slide away behind the rear seats and perch on top of the engine is not the work of a moment, which is why Porsche hasn’t touched the mechanism or roof from the 991-generation car, where it first appeared. It remains a slick operation and a great piece of pavement pomp (or slow-moving-traffic showing off, as you can operate it at up to 48kph).

As with Carrera S models the Targa 4S is equipped with Porsche Active Suspension Management (PASM) from the factory, but you can also load it with chassis technology in a bid to build a Targa-bodied GT3 (you won’t succeed, by the way). Dynamic engine mounts, rear-wheel steering and Power Steering Plus, and Posche’s active anti-roll bars are all available to you. Wheels are 20 inches at the front, 21s at the rear, with 243/35 and 305/30 tyres respectively. Standard brakes feature 350mm cast-iron discs front and rear, with six-piston calipers at the front and four-piston items at the rear.

Five driving modes are available – Normal, Sport, Race, Wet and Individual – and if you go for the optional Sport Chrono Package you gain a steering wheel mounted manettino-type dial.

If you enjoy your Carrera as pure as can be then a coupe Carrera or Carrera S remains the default in the 992 line-up, its rear-drive set-up more fluid, organic and engaging. It drives and feels how everyone would expect a 911 to drive and feel, regardless of their 911 back catalogue.

The Targa doesn’t offer a night-and-day driving experience, but what it does do is present itself as the best alternative to a rear-drive 911. You see, if you really do want a four-wheel-drive 911 because you feel comfortable with the all-weather traction and security it brings, the Targa provides not only this but a larger slice of individuality, too.

It steers like all four-wheel-drive 911s do, which means when opportunities allow and speeds climb it feels as planted and surefooted as you would both expect and want. Its body control across poor surfaces is testament to Porsche’s attention to detail when tuning spring and damper rates and matching them to the job required of them. There’s a nicely judged level of body roll to work with and it will throw you out of a corner with levels of violence and unbreakable traction and grip that just a decade ago would have had us wide mouthed when experienced in a 997 Turbo.

In low to medium-speed turns the Targa, like all four-wheel-drive 911s to be fair, highlights its deficiencies against its rear-drive counterparts. The issue is one of weight and a tendency for the front axle to push wider than you were expecting, something that is exacerbated if you make the mistake of opening the throttle too early when you’re quickly applying an unexpected extra half a turn of lock before the torque reaches those front tyres and hauls you round.

Roof closed any additional wind roar over a coupe would require a decibel meter to detect, and when it’s open there’s less buffeting than in a metal-roofed car with an open sunroof. A Targa also offers a level of roof-down refinement that Cabriolet owners could only wish for. And this is where the Targa 4S lays down its marker.

A rear-drive Carrera coupe still delivers the purest possible 911 experience in the 21st century, a Carrera 4 coupe the reassurance of four-wheel traction that’s sought by many, and if it is the latter that you seek then a Targa 4S ticks these boxes and has the added benefit of being in a class of one, and pretty cool with it.

$143,200 is how much Porsche will charge you for a 911 Targa 4S, the same as it does for a Carrera 4S Cabriolet. Or you can spend $178,300 on a Targa 4S Heritage Edition, but unless you’re someone who thinks suitable night-out attire is a pair of blue suede loafers, white linen trousers and a pink shirt opened to your navel, we’d steer clear to avoid being asked: ‘But why did you think this was a good look to be seen in in public?’

As mentioned earlier, there aren’t many direct rivals to a Targa. McLaren’s 570S Spider would be close in terms of open top-motoring, but its performance and more focused dynamics position it between a Targa 4S and a 911 Turbo Cabriolet. Not that you can buy the McLaren now that production has stopped ahead of its replacement arriving in 2021.

Ferrari Portofino? Well, there’s nothing stopping you from buying one – other than people asking why you did. And then you’re left with the plethora of four-seater, open-top sports and GT cars, from Aston Martin’s DB11 Volante, Bentley’s Continental GT Convertible and a Mercedes-AMG S63. Or two-seater supercar roadsters, from R8s and Huracáns to AMG GT Roadsters. But the AMG aside, none offers the duality of the Targa 4S. 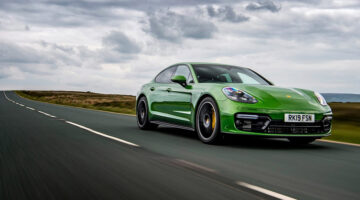 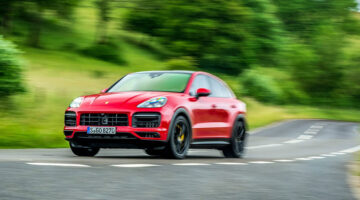 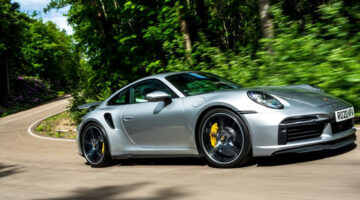