Petrolicious. One family and a ’70 Dodge Challenger R/T 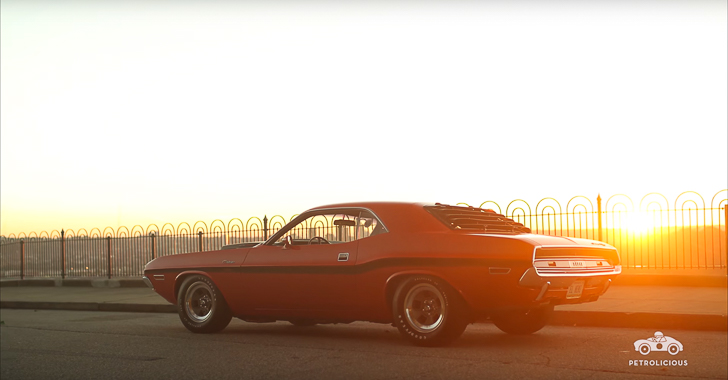 Real men don’t cry… unless a father and son relate their connection to their pristine 1970 Dodge Challenger R/T, in which case they bawl like little babies.

Said orange beast – one of only 137 examples equipped with the largest 426 HEMI and a four-speed manual transmission – now belongs to Juan Escalante, although before this it was his father’s decision to make the leap.

“In the summer of 1969, we found ourselves in Detroit. It was an exciting time for my father, of course, but for the whole family,” says Juan Escalante. “A visit to the Detroit Auto Show and seeing the Challenger…he just fell in love.”

Shipped to Venezuela when the family moved in 1972, the Challenger would eventually make its way back to the United States in 24 years later for restoration, work that would finally be completed in 2005. In a particularly poignant moment in this Petrolicious video…actually, no spoilers. Just click play