Pennzoil test a Jeep Wrangler Rubicon to near destruction in a stretch of the Baja California desert in its latest ‘Joyride’ video.

It’s quite difficult to forget the last time US oil company Pennzoil took a ‘Joyride’, since it involved drifting the bollocks off a Ferrari 488 through a major city at the dead of night. Such an image tends to stay with you…

Just over a year down the line, Pennzoil is back with another ‘Joyride’, only this time the urban metropolis has been abandoned completely in favour of a blisteringly hot stretch of the Baja California desert and a member of the paramilitary unearthing a secret bunker after being dropped in the middle of nowhere via Apache.

Within said bunker, Mr Paramilitary finds a 285bhp Jeep Wrangler Rubicon, and then proceeds to rag the almighty tits off it for close to three minutes, including high speed runs across soft sand and a climactic climb to the top of a mountain, all while fast-paced close-up cuts from the camera show us the outside temperature and the ‘ruggedness’ of the Rubicon. And let’s not forget this is also where one of the toughest off-road endurance rallies on the planet – the Baja 1000 – is held every year.

We’re actually very impressed not just by the camera work but also the dedication by Mr Paramilitary on the gears: a bit more practice and his hilariously over the top motoring could easily get him a gig on the next Fast and Furious trilogy (oh yes, they have confirmed at least another three).

Another notable element of this new video though is the director, one Ozan Biron, who helmed not only the previous Ferrari Joyride, but also a 707bhp Dodge Challenger Hellcat drifting on a rooftop and a short film called ‘Crook’. That name will probably ring a bell, however, since one of Ozan’s most memorable works was the time he filmed a BMW M4 drifting aboard an aircraft carrier… 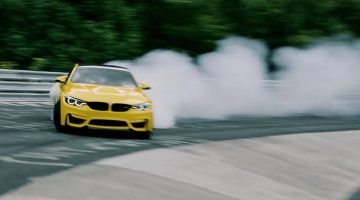 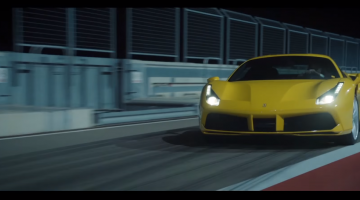 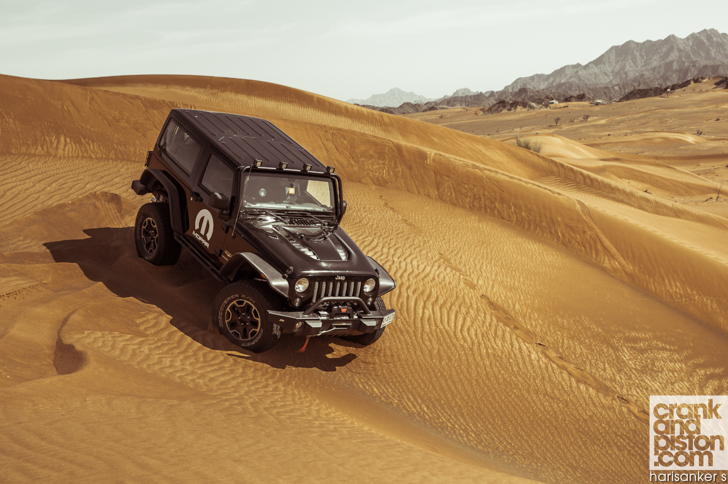