A Porsche 356 and the Outlaw Emery family. 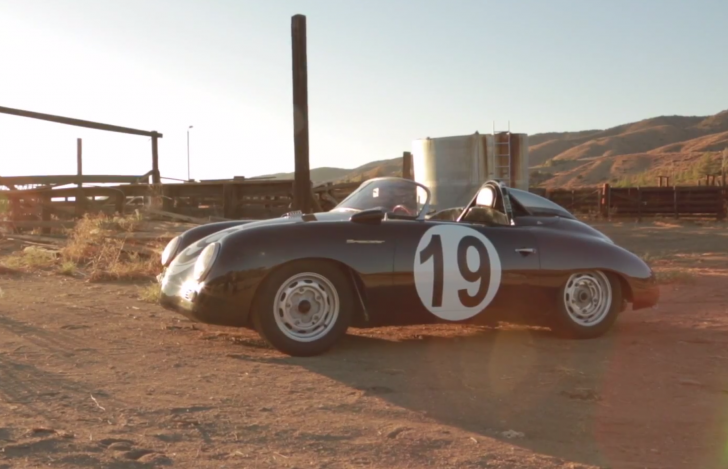 The modus operandi here at crankandpiston is to normally present a featured video with a few words by way of introduction. For this latest film, by the Petrolicious team, we are going to break with tradition and quote the provided caption in its entirety as it adds an extra dimension to your viewing pleasure. Enjoy.

“About an hour northeast of Los Angeles, nestled among the joshua trees and the hush-hush R&D operations of the aerospace industry, sits the home of Emory Motorsports. The company’s founder and nonstop ball of energy is Rod Emory who, along with his father Gary, effectively kickstarted the “outlaw” Porsche movement with their eye-catching 356 builds. Rod’s history as a visionary outsider is even deeper than we knew, as we discovered when we recently visited him and his team at their shop.

In 1948, Rod’s grandfather Neil cemented the Emory name in automotive history when he started Valley Custom Shop in Burbank, Calif. While other hot rod builders were chopping rooflines, shaving trim, and pulling fenders, Neil Emory developed a reputation for his streamlined builds that employed techniques such as channeling and sectioning. The goal then, as now, was to create a customized car that did not draw attention to any single modification but which rather presented itself as a coherent whole.

Neil Emory eventually found his way into the world of European cars when he joined the Chick Iverson Porsche/Volkswagen team in Orange County, Calif. in 1962. Neil’s son, Gary, came aboard a few years later, working his way up to Parts Department Manager and later, in partnership with Iverson, as the founder of Porsche Parts Obsolete in 1974–the same year his son, Rod, was born.

By the time he was ten years old, Rod had spent countless hours in the shop with his father and grandfather as they pulled bumpers, louvered decklids, and painted numbers on the sides of Porsche 356s. Eventually, family friends dubbed the Emorys “outlaws,” referring both to the cars themselves as well as to the their relegation to the parking lot during big Porsche events.

Much has changed, however. Over time, the artistry of Emory Porsche builds became not only accepted but celebrated for their attention to detail in addition to their faithfulness to the Porsche tradition of design and performance. Perhaps most importantly, as you’ll see in this video, these cars are just a whole lot of fun to drive.”