Meet Mike and Jess. They’re travelling from the UK to Australia. Overland. In a 2004 Renault Clio. Which should be fun. 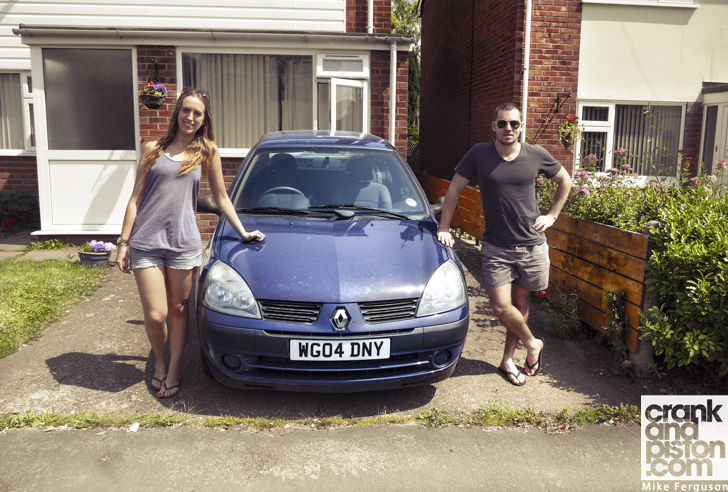 Back in October last year my other half and I decided upon an adventure.

It all started one evening after work. We performed the routine all couples dance to upon getting home from the office. We decided between a quick chilli or takeout, whether to watch a movie or TV. We were saving money but we didn’t really know what for. So we sat on the sofa and looked at each other feeling pretty drained. We need to do something to get us out of this monotony.

Jess and I have been together for six years, five of those in Sydney, Australia. However, we are both originally from the same small town in England (Malvern). We have embraced our new home unreservedly. Almost as soon we arrived we had set out single-mindedly to preserve our stay in Australia.

However, that was part of the problem; the early part of our relationship seemed to be all adventure. We lived in Frankfurt and then moved to Sydney so we could live in the sunshine, where we started to battle for visas, for work, for residency, for apartments and recently for Australian citizenship.

Now as we sat on the sofa with all of that behind us we felt a little like we were sitting aboard a ship with no destination. So we started to talk. While we are not saying no to kids and the white picket fence just yet, it isn’t a priority. We want to feel like we have seen and done as much as possible.

So it was that a very simple question came out of my mouth “Where in the world would you most like to go?”

“Mongolia!” was Jess’ only response.

Without enquiring as to why a 24-year-old would want to go to a seemingly barren country in Central Asia, I recalled hearing about a challenge called the Mongol Rally that left from England and asked “Can we drive there?”

And that was that, we were driving to Mongolia. And getting a dog. 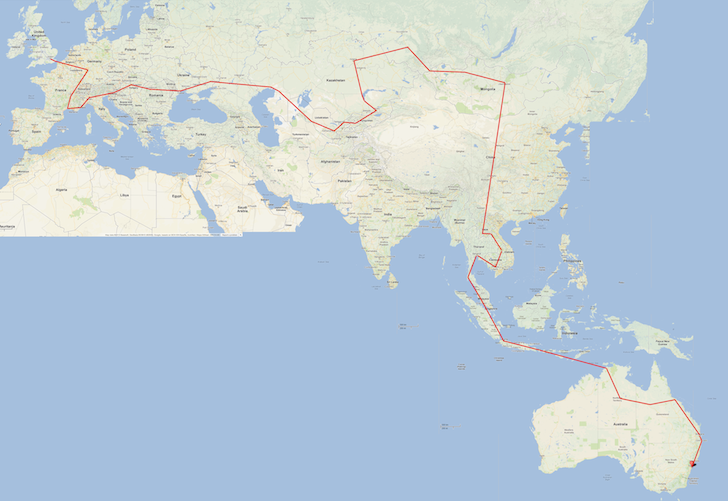 It took us a while to get to grips with the sheer scale of what we were trying to accomplish, but thanks to Google Maps the world has started to seem a little more possible. We mapped out a route, and noticed that a drive from England to Mongolia was almost half of the way to Australia. Surely it just makes sense to keep on going?

“Let’s drive home to Sydney.” I said eagerly. In that moment of naïve enthusiasm we had almost tripled the distance, time, money and work needed to accomplish this trip. Not only that, but with the Mongol Rally starting on 13th July 2013 we only had eight months to get everything ready.