During their Long Drive Home, Mike and Jess take a trip down memory lane at the Petronas Twin Towers in Kuala Lumpur, get numb buttocks on an 850km bus journey from Surat Thani, and worry that cyclone season may have shafted the end of their journey.

The time had come for us to leave Phangan (at a brisk 6am), and cover 900km via boat minibus, a coach, and a border crossing towards Malaysia.

The ferry crossing to Don Sak on the mainland was chock full of backpackers returning home, some with a little sunburn or neon paint still clearly visible, and all looking very bleary-eyed after the last few days.

Once we were at Don Sak we were herded towards a bus that would take us 84km to Surat Thani where we would split up and journey on to our prospective destinations. Alongside 12 other travellers who had decided to head south to Kuala Lumpur we were shepherded to a minibus. With barely enough room to wiggle our toes and buttock cramp setting in due to the plastic seating, the remaining 850km to the border were not going to be enjoyable. Boy, were we missing our Renault Clio! We arrived in Kuala Lumpur at 3:30am, with various parts of our bodies still asleep.

Kuala Lumpur is a bustling thriving city with numerous modern skyscrapers lining its impressive skyline, none more so than the once world’s tallest Petronas Twin Towers. We decided we would head over to take a look at them, but only after a trip to Central Markets, is a big blue building where you can buy everything from noodles to t-shirts. It’s situated next to a rivers that gives KL its name: ‘Kuala Lumpur’ literally means ‘Muddy Estuary’ in Malaysian. This was something we learnt when we walked down towards the KL Museum, which houses a huge model of the entire city among other interesting artefacts. Our city walk also took us to Merdeka Square and its massive flagpole, something that has sported the Malaysian national flag since it took down the Union Jack at midnight on 30th August 1954, ending British rule in the region. Next stop was the KL Tower (and with the midday heat now turned up to 11 it was slow going). We took the lift up more than 150m to the top, which took only 52 seconds (I counted).

When I was working for as an Account Manager a few years ago, I had Petronas as one of my accounts, and during a previous visit to KL I had a meeting at the towers. You can imagine how excited I was. Unfortunately this quickly turned to disappointment as the person I was meeting was running late and instead asked if we could have a quick drink in the cafe in the basement. As a symbolic gesture, Jess and I decided to have a coffee at the same venue.

Unfortunately our time in this interesting country is a brief one (we spent too long in Thailand), and before time and/or money runs out, we need to get home to Sydney.

Over breakfast the following morning, we received an email from the Indonesia Rally – a sailing competition that ends in Indo – that they don’t expect any of their boats to be heading back to Australia for the next few months. It is cyclone season so the possibility that anyone would want to sail during this dangerous time of the year is unlikely (not impossible, but unlikely). We were hoping to have a boat take us to Darwin, allowing us to complete an England to Sydney trip without flying, and although we aren’t giving up on that idea, it wasn’t looking good either. Something we considered on our five-hour bus ride to the Singapore border. Dropped off in Singapore at 3pm (after numerous immigration checks and ever-rising temperatures) we realised that we still had a lot of the day to go, and made the decision to keep going. We often get the chance to pass through Singapore when we fly between the UK and Sydney, and decided on this occasion we decided to keep going and head to Indonesia.

We paid passage via one of the many ferries that head to the island of Batam, shot back out of Singapore’s Immigration Control and boarded our ferry. Just over 45 minutes later, but with our clocks saying we had gone back an hour to 4pm, we were in Batam Center Ferry terminal calling down a cab to take us to a cheap hostel. Settling in didn’t take too long since we were absolutely knackered from the last few frantic days, but did manage to drag our arses down to a local street restaurant for some local broth and satay chicken kebabs. Over the greatly enjoyed cuisine, we considered our new move. We were going to have to get a ferry to the north of the Indonesian island Sumatra the following day then get a 24-hour long bus down to Jakarta.

It really is going to be a tough few days.

– Find out where Mike and Jess are today by clicking HERE 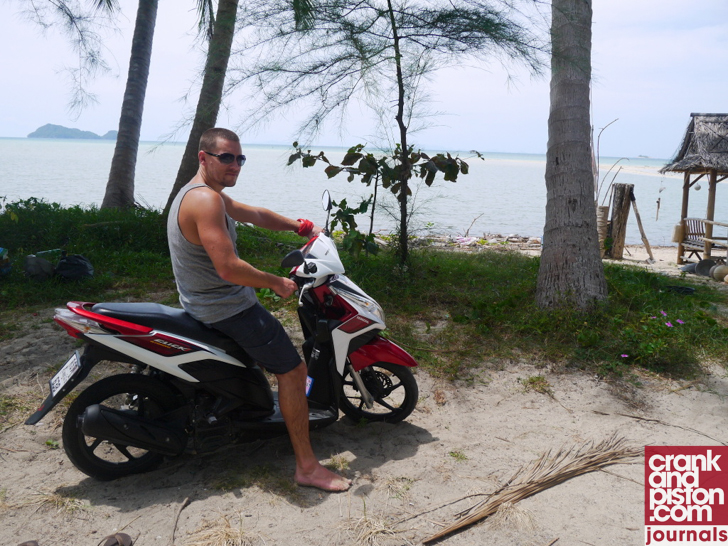 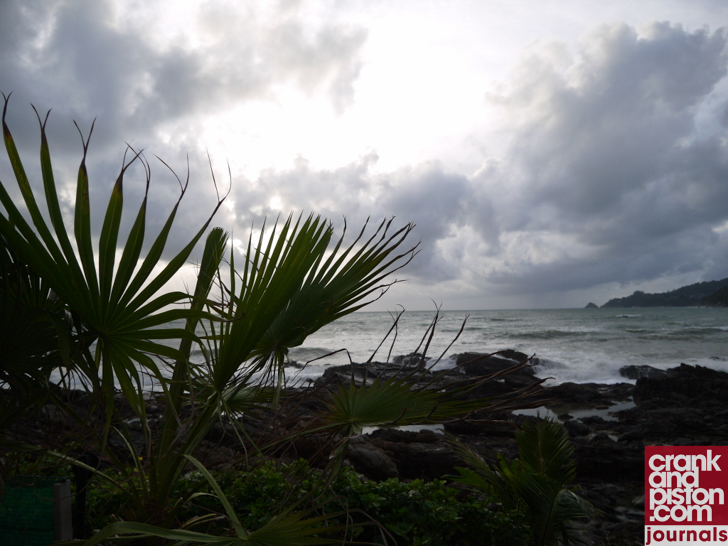 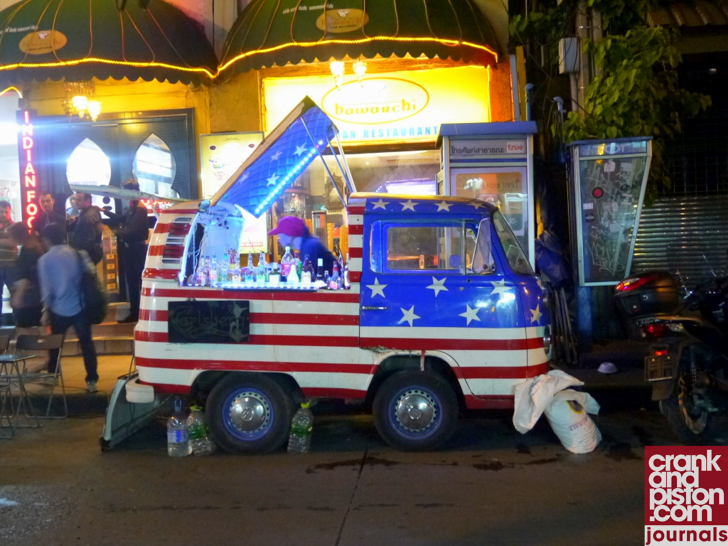