Mike and Jess are rescued by a young Russian couple at border control, and after finally catching up with their fellow competitors on the Mongol Rally, the pair wonder how their 2004 Renault Clio will tackle Kazakhstan’s potholed roads.

Thirteen hours of driving. Thirteen hours to get to the Russian border from B’ham Shakira in the Ukraine. However thanks to the car park attendant needing our car moved by 7am we were up, out and on the road by 6:30. This meant we could take advantage of the dodgy Ukrainian roads when they were free from oncoming traffic and corrupt policemen, but the traffic soon started to build up.

Slowly snaking our way along we got to Russian passport control where everyone had to exit their cars and stare at a mirrored window during passport checks. At customs, there was a lot of form-filling to be done. Of course me being the airhead that I am screwed this sheet up several times and had to start again. Fortunately a gentleman standing nearby who spoke English was on-hand to help. He went even further, after speaking with his wife, by offering us a room for the night at their place an hour east of the border. After 13 hours of driving this sounded like heaven. After a very stressful day we really did fall on our feet and we are so grateful to Inna and Sergey and their nine-month old son for letting us into their home.

We woke up feeling refreshed after a good sleep but knew we had a long way to go. After a quick look at the map we planned to stick to the motorways and head north-east towards Volgograd then back down to the city of Astrakhan just before the Kazakhstan border.

The drive was another long one, filled with interesting towns and cities dotted with reminders of their soviet past. The beautiful landscapes were complimented by canals and river ways, and more generous, kind people willing to help at every stage. Once we got to Astrakhan we found ourselves a hotel next to the river over looking the Kremlin. Sitting in the car park were two Mongol Rally cars. We had finally caught up.

The feeling was fantastic and a real moral booster. However, it did make us think that maybe we were going too fast and that the car might want us to go a little easier once we were over the border. 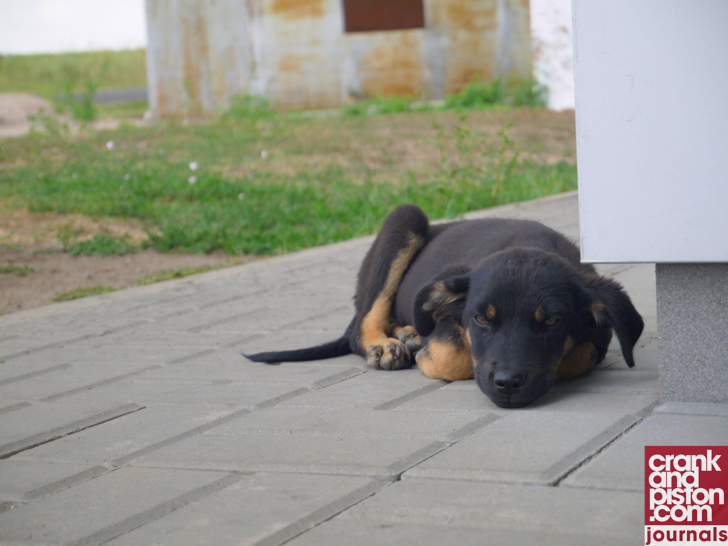 After a fabulous nights sleep we woke and headed out into the city to check out the Kremlin on the other side of the river. It was simply stunning, with beautiful white walls and gorgeous blue pointed roofs like huge iced gems. Unfortunately parts were under construction so we couldn’t go around the whole thing. Later, having made it to the Kazak border crossing in good time, it took almost an hour to get through.

Once we were leaving we were hit with the most awful roads yet. Potholes the size of Nissan Micras. Oh how we missed those Ukrainian roads. If that wasn’t enough, soon the heavens opened and we were subjected to our biggest storm yet. We battled on through the thunder, as lightning stuck the ground around us, dodging potholes hiding camouflaged by the rain water until finally the black skies disappeared into the back of our rear view mirror. In front of us was nothing but light blue skies as the sun started to set. And camels. Lots of camels. After all that hard work, it seemed as though Kazakhstan was gifting us with something really majestic.

We have the impression that Kazakhstan is going to test us but it is also so beautiful it should be worth it.