Even Shell, one of the largest oil companies in the world, has turned to electric cars. That, beyond doubt, demonstrates that the international combustion engine is doomed, yes? Actually, no, our man is far from convinced about that 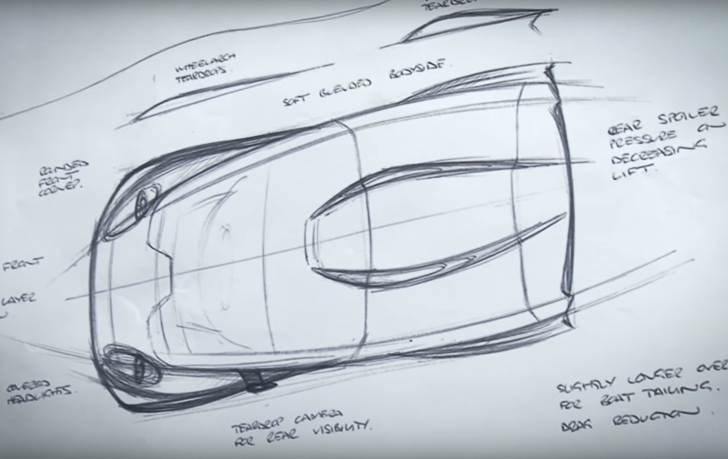 You’re a petrolhead, right? You love big power, multiple banks of cylinders, forced induction and big streaks of rubber laid down on the tarmac. Noise, smoke, velocity, am I right? Woo! So why should you be interested in the little concept city car, revealed by Shell at the Beijing Motor Show? Because, my octane-sniffing friend, it’s a move to show that in this age of increasing electrification, the internal combustion still has relevance.

Designed by Gordon Murray – the man behind the McLaren F1 – the Shell Concept Car is based on the 2010 T25 city car, and focuses on delivering exceptional fuel economy in an effort to show how much potential remains in petrol technology. Now, admittedly Shell, as one of the world’s largest oil producers, has something of a vested interest in saying that petrol ain’t dead. But that doesn’t mean it’s wrong. Recent Formula 1 technology has also shown how much efficiency is yet to be squeezed from combustion engines; F1 engines have thermal efficiency figures close to 50 percent, which is considerably more than any road car.

Of course, that doesn’t mean that electricity isn’t the future in the longer term. Exactly when peak oil – the time when oil extraction from the earth starts to fall – will occur is subject to continual debate, but it’ll happen at some point, which means at some point, the petrol will run out, or at least be uneconomic to produce in large quantities. The vast majority of car manufacturers are going big guns towards developing ever more refined electric systems, either through hybridisation or the full electrified shebang.

More and more people are coming around on future of electric, thanks in large part to the likes of Tesla, and through performance hybrid technology. The engineers behind the LaFerrari, Porsche 918 and McLaren P1 are unanimous in their agreement than their cars would not be as batcrap loony if it wasn’t for their big torque electric boosters. Electric can be fun, even if it’s a different type of fun.

But that said, if Shell’s concept is anything to go by, it’s still possible for the motor industry to appease social and legislative demands without consigning internal combustion engines to history – at least, not in the medium term. Rest assured, there’s life in the old dinosaur yet.