THROWBACK THURSDAY. Climb aboard a ’74 Porsche 911 RSR for a lap of Daytona with former IndyCar champion Bobby Rahal. 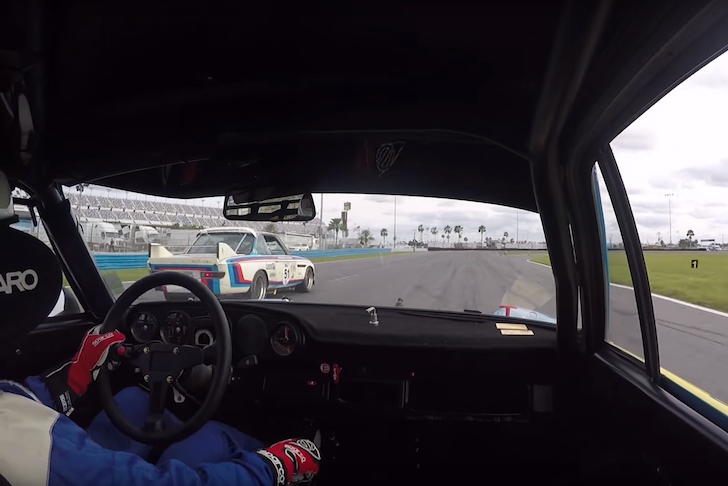 The 2016 Rolex 24 at Daytona is just a few weeks away, Chip Ganassi hoping to make it five wins from seven years with both the new Ford GT and the team’s prototype Riley DP. The American’s name though is among illustrious company on the event’s winners list, standing shoulder-to-shoulder with former three-time 24 Hours of Le Mans winners Hurley Haywood, Andy Wallace and Derek Bell, IndyCar champion Scott Dixon, and Formula 1 ‘what-might-have-been’ Juan-Pablo Montoya. Another significant name on that list is three-time IndyCar champion and Indy 500 winner Bobby Rahal, who secured victory in 1981 in the Garretson Racing Porsche 935 K3.

Last year, the former Indy 500 winner returned to the circuit in the Classic 24 at Daytona, eventually placing fourth in the Group B category aboard a ’74 Porsche 911 RSR. We suggest you ditch the headphones and crank the volume for the sounds of proper seventies motoring.