It’s a mid-engined showdown with BMW’s iconic M1 taking on the new flagship i8. 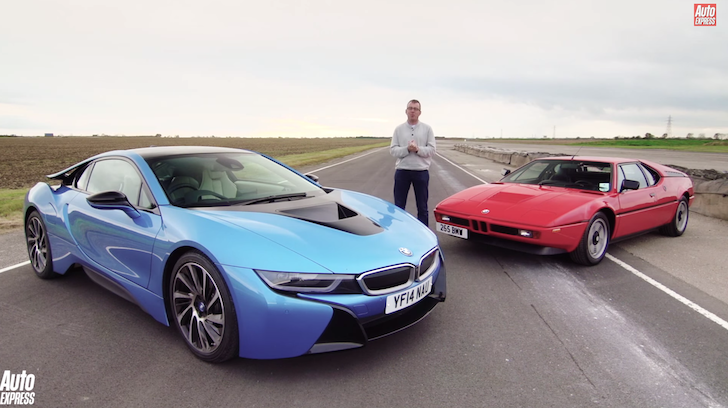 That’s a big gap. So what’s changed in those three decades? The i8 claims to be at the absolute forefront of technology, so the chaps over at Auto Express in the UK decided to take both it and its legendary forebear to the track to see how the compare today.

Under the i8‘s futuristic shell lurks a 1.5-litre turbocharged three-cylinder engine which drives the rear wheels, while an electric motor drives the fronts. Meanwhile the M1 ‘makes do’ with a 3.5-litre six-cylinder unit, and the only battery is to power the lights. The new car has 357bhp, while the M1 has 277bhp, which today sounds pretty paltry.

But as we all know, there’s more to the driving experience than just power. To see how the icon compares to the new flagship, check out the video below.

And let us know which you’d choose in the comments underneath.