While we at crankandpiston love that the Nürburgring exists, and adore driving around it, Bassam is fed up of car manufacturers using it to promote their wares. 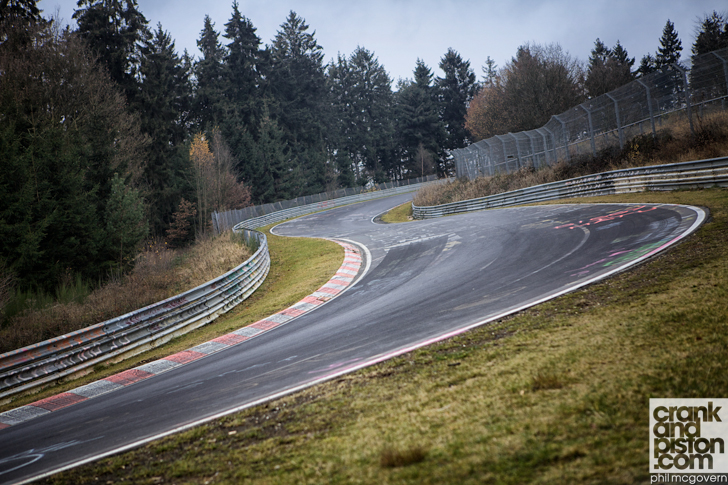 I’ll bet that most of you had no idea that the Jaguar XJ220 held the Nürburgring production car lap record for the best part of a decade. In 1992 the Big Cat was hustled around the iconic track by Danish former Le Mans racer John Nielsen in a heroic 7min 46sec. The reason you probably don’t know this is because in those days nobody really cared, YouTube didn’t exist and the marketing departments of the car manufacturers had yet to twig to the fact that the German track had such an allure.

Fast forward 22 years to the international launch of the Porsche 918 Spyder and I’m staring at a giant billboard that proudly proclaims the brand new hybrid supercar’s Nürburgring record-breaking lap time of 6min 57sec. I’ve spent a large part of the day chatting to Porsche’s engineers about the pros and cons of the wondrous technology in their new übercar, and they constantly refer to the ‘Ring lap time in their defence of the hybrid tech. Porsche are also surprisingly smug about the fact that McLaren (spoiler alert!) has decided not to announce their lap time of the Ring, choosing only to confirm that the P1 has achieved a sub-seven minute lap. I find this quite amusing considering that the word on the street is that not only has the P1 beaten the 918’s time, but has obliterated it. Even if that isn’t the case, the most that is mathematically possible is for the 918 to be 2.99sec quicker than the P1; hardly earth shattering stuff. Besides, the La Ferrari is likely to be quicker than the pair of them.

I don’t know about you, but I’m bored to tears of hearing about Nürburgring lap times and view them as a great irrelevance. To begin with there are so many variables that affect lap times like weather, tyres and of course, who is driving. Then there’s the fact that no official body monitors these lap records, leaving it to the honour of the manufacturers. If history has taught us anything it’s that large corporations tend to be a dishonourable bunch.

Finally, there is the matter of context; is it significant that a million-dollar Porsche 918 is just 2.5 percent faster (do the maths) around the ‘Ring than the massively cheaper Nissan GT-R Nismo, or that all of them were spanked by the road version of the little known Radical SR8, essentially a racing car with number plates, that lapped in 6min 48sec – a fact that Porsche and the rest seem to conveniently ignore when proclaiming their records.

In my humble opinion we’d all be far better off if the car manufacturers would leave the lap times to the racing teams and just focus on delivering road cars that work best in the real world, not just on a 21km stretch of ageing German racetrack.

Do you agree? Or is Bassam talking nonsense? Vent your mind in the comments section below.

Is Chinese electric car company Nio about to beat Tesla at its game?