Nissan to debut new X-Trail and Qashqai concepts at Geneva

Based on the current models, the Japanese manufacturer has come up with the Qashqai Premium Concept and the X-Trail Premium Concept, which will debut at the Geneva show next week. 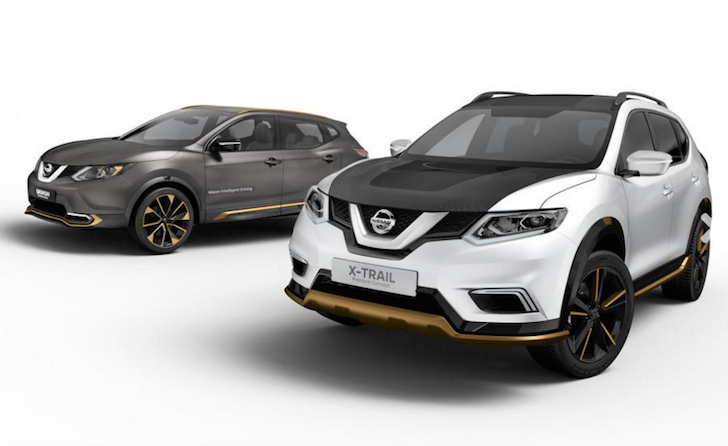 Both models are based on the current production models and have been dubbed concepts only, with no current plans to put them into production. They both get a special design using the same colours of black, white and golden copper.

To the exterior of the Qashqai Premium Concept is a matt black exterior, with golden copper-coloured detailing to the wheel arches, window line and roof rails. Carbon fibre is also featured, as well as 20-inch alloy wheels. To the inside, the seats are trimmed in quilted white Nappa leather.

The X-Trail Premium Concept has a white matt exterior with a carbon fibre bonnet and roof in matt black. There are gloss back touches, such as over fenders and 20-inch alloy wheels. A contrasting tan leather interior is featured on the inside with matt-chrome black touches throughout.