Who needs a cake with candles when you can mark your 70th anniversary with this, the new 911 Speedster Concept 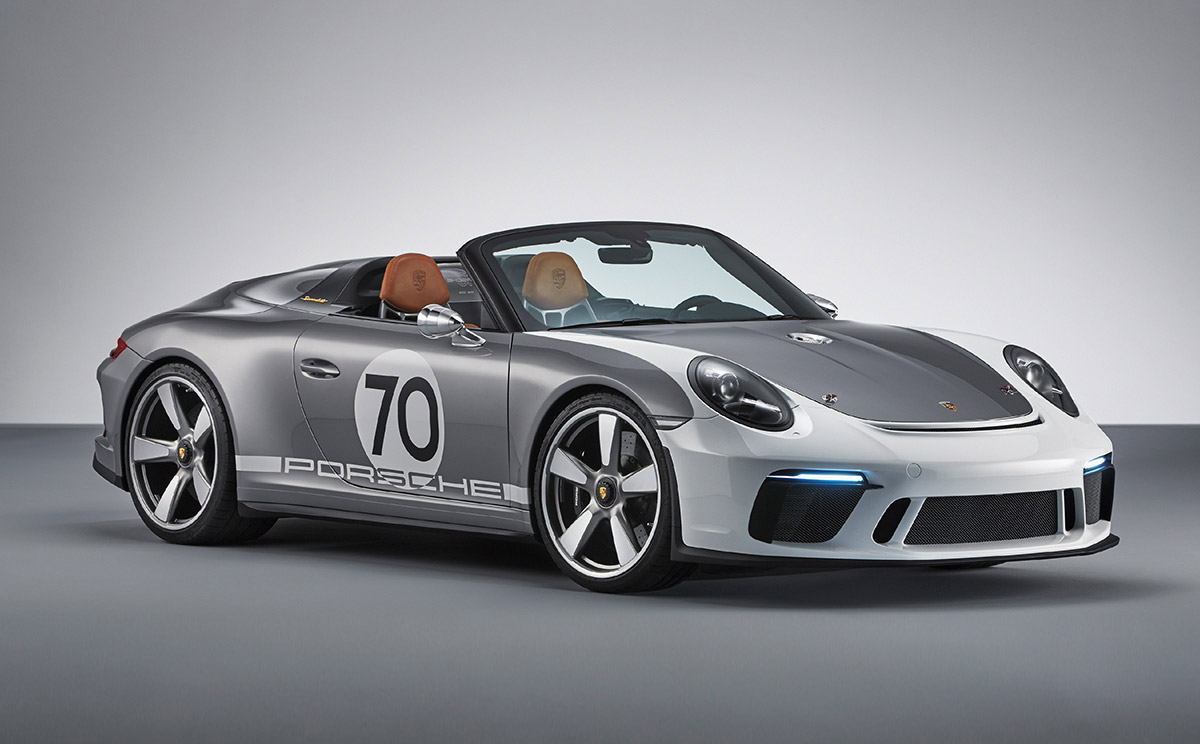 Porsche is celebrating its significant milestone this year with a host of events worldwide, including being the featured marque at the Goodwood festival of Speed. Now the revelry steps up a gear with an actual car, and unveiling it today is no accident: on June 8th, 1948, the very first Porsche 356, ‘No.1’, was homologated for road use.

In fact, the emergence of a very special, open-top 911 has been a poorly kept secret, with development mules spotted out testing and reported us. Even at that stage, the wide, aggressive bodywork and centrally-mounted exhaust pipes led us to think that the underpinnings may be more GT3 than Carrera, and we were right: the Speedster Concept is, in effect, a lightweight, roofless GT3.

Its basis is a rather more humble 991.2 Carrera 4 Cabriolet, but the windscreen is shorter and positioned at a more laid back angle, with the side glass narrower to suit. Behind the front seats is a carbon fibre ‘double bubble’ panel which covers the roll-over structure and features a plexiglass wind deflector with the words ‘70 years of Porsche’ engraved on it. The wings and the bonnet are also made from carbon fibre composite.

The old adage ‘if you’re getting wet you’re not driving fast enough’ very much applies to the Speedster Concept for there is no roof supplied – at all. Instead, there’s simply a tonneau cover for putting into place when the vehicle is parked to stop it filling up with water. It’s a basic interior, too, with no sat nav, no audio and no air conditioning, but a pair of carbon fibre bucket seats. 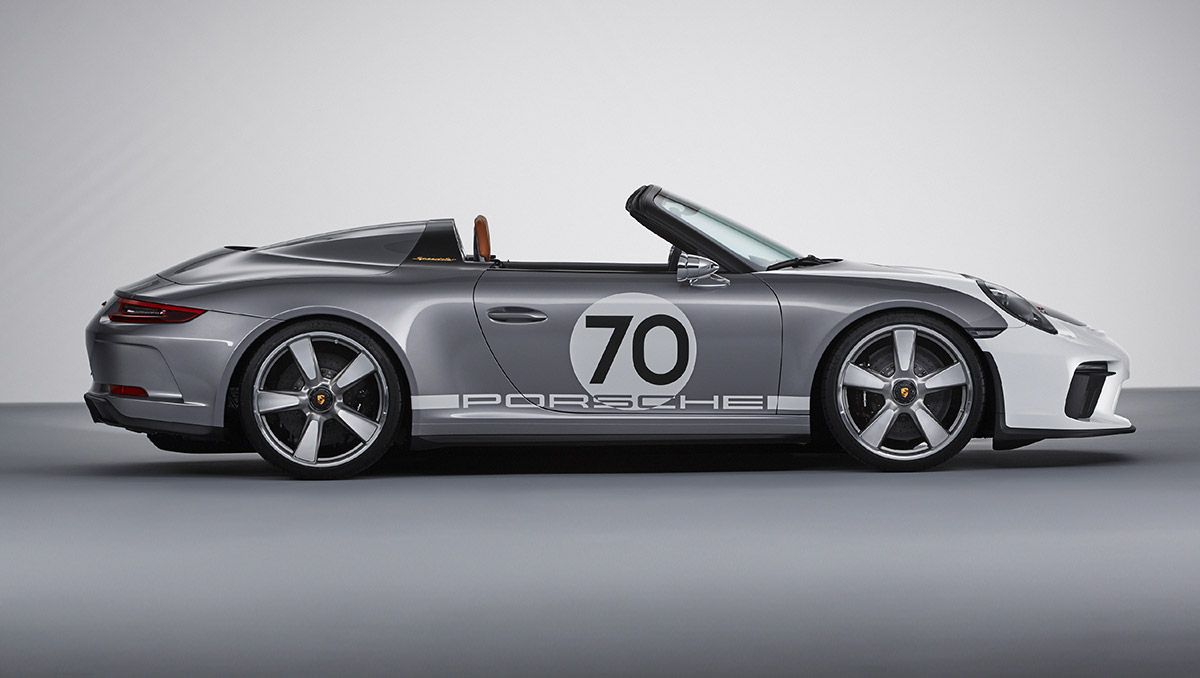 Under the retro-inspired skin lies the fundamentals of a current GT3, including the 4-litre flat six with 493bhp, a six-speed manual gearbox and the full GT3-spec chassis. There’s no official weight figure yet, but with the probability of less mass and that powertrain we can expect the Speedster Concept to be very brisk indeed.

However, it’s the Speedster unique detailing that catches the eye, from the 21” Fuchs-style wheels (now of centre lock design) to the bonnet mounted 50’s-style fuel filler and ‘Talbot’ exterior mirrors. Inside, the light brown leather trim is called ‘Cognac 356’, with a milled then gold-plated Speedster logo positioned on the B-pillar. And look closely at the headlamps: the ‘crossed’ effect, achieved by combining opaque and transparent surfaces, is supposed to ape the tape applied to old racers before the start of a competitive event to protect their lights.

Porsche is being coy over whether the Speedster will make it into production, describing the car as ‘offering a glimpse of a potential series production version’ and that it may not appear until 2019, with a decision made in the coming months. We’d bet it will be in showrooms, although expect a very limited production run for this anniversary ‘special’.