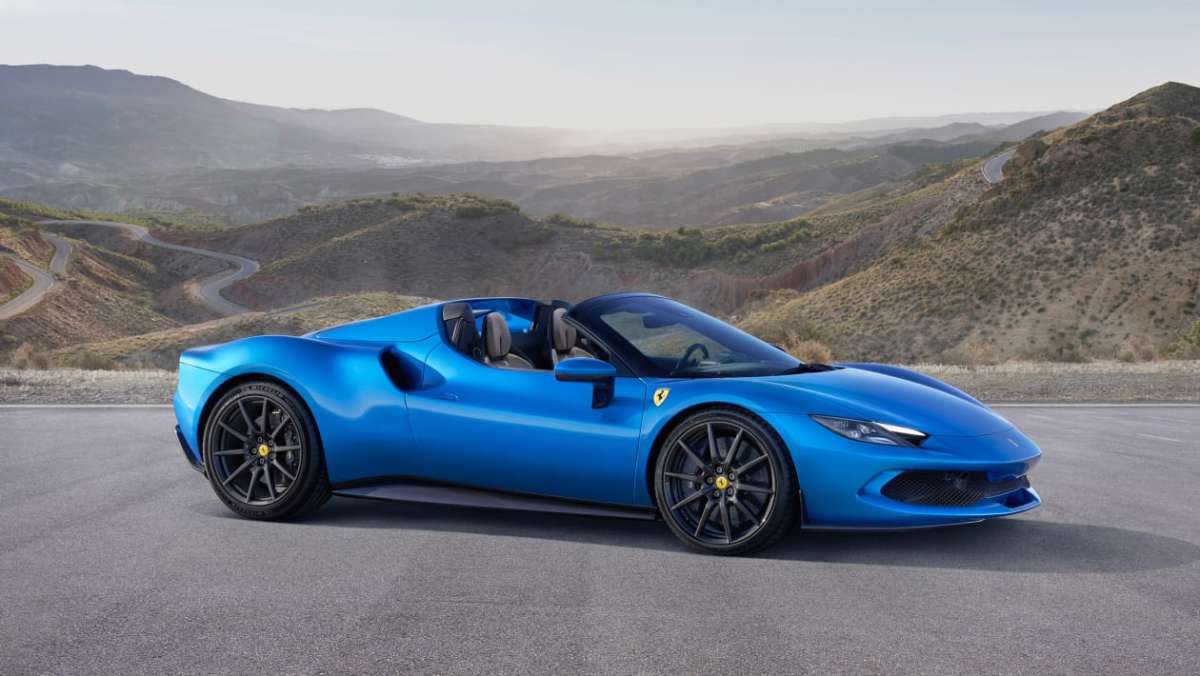 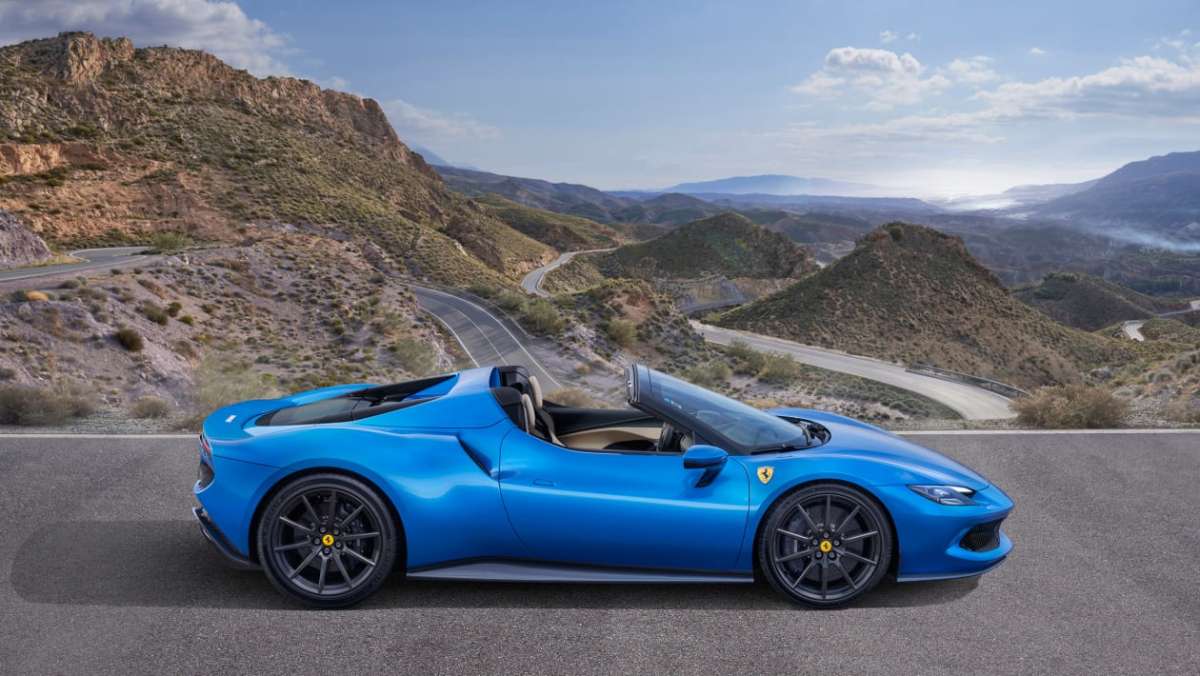 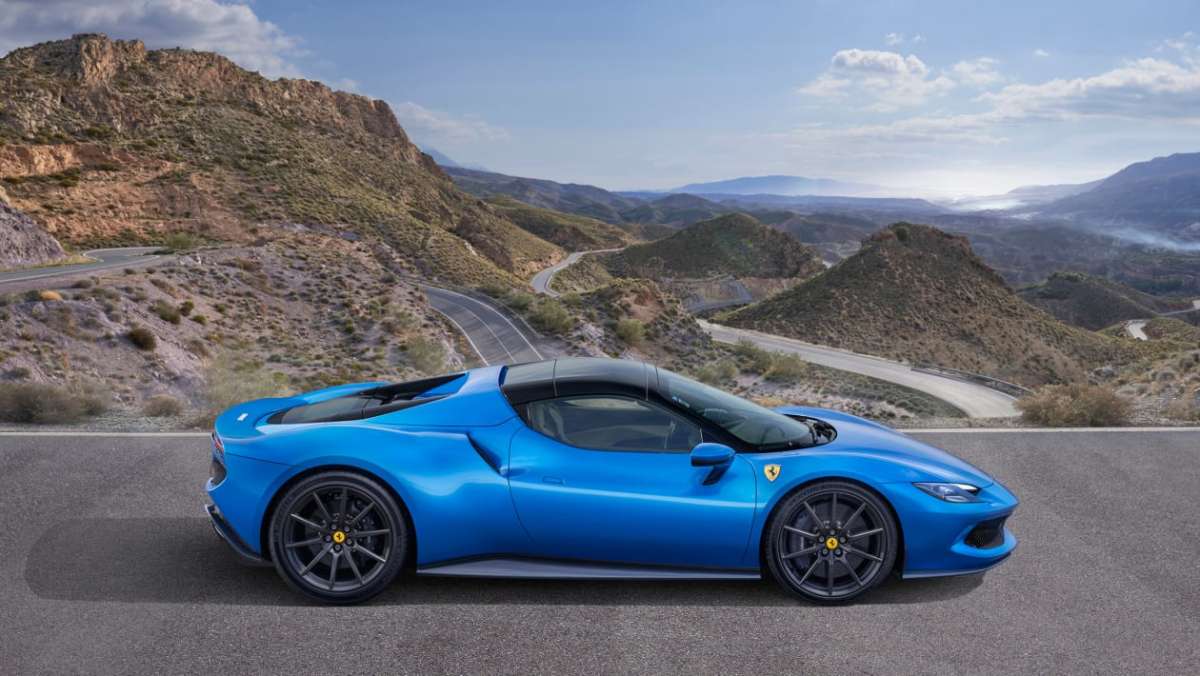 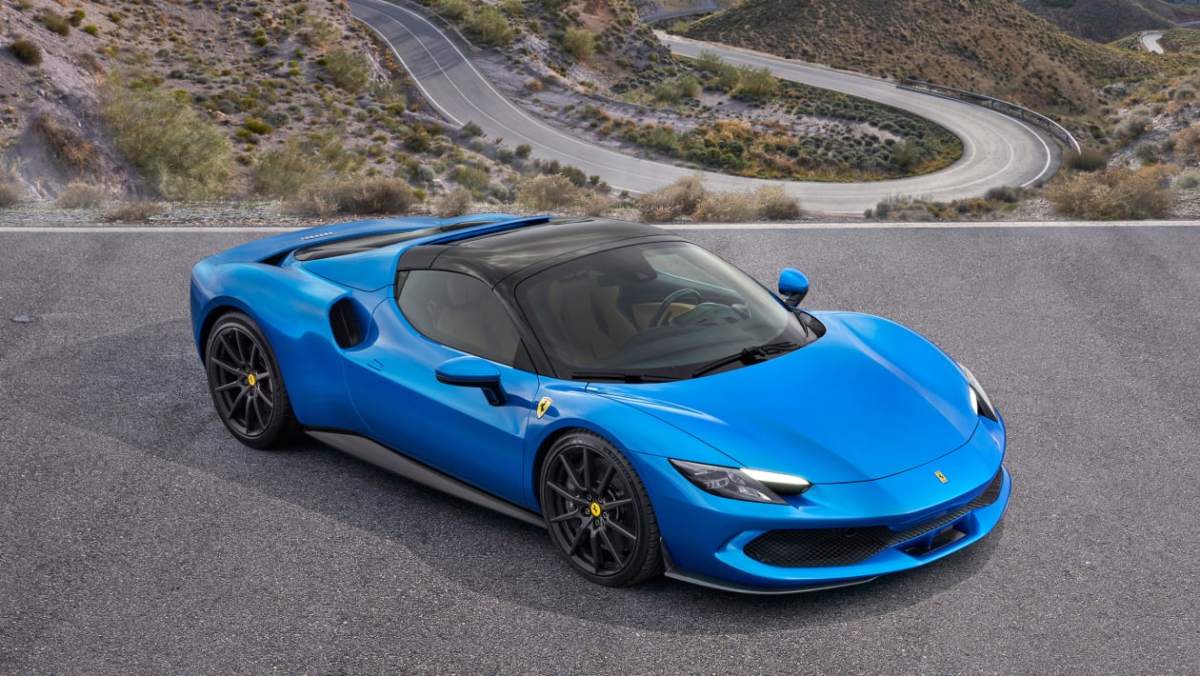 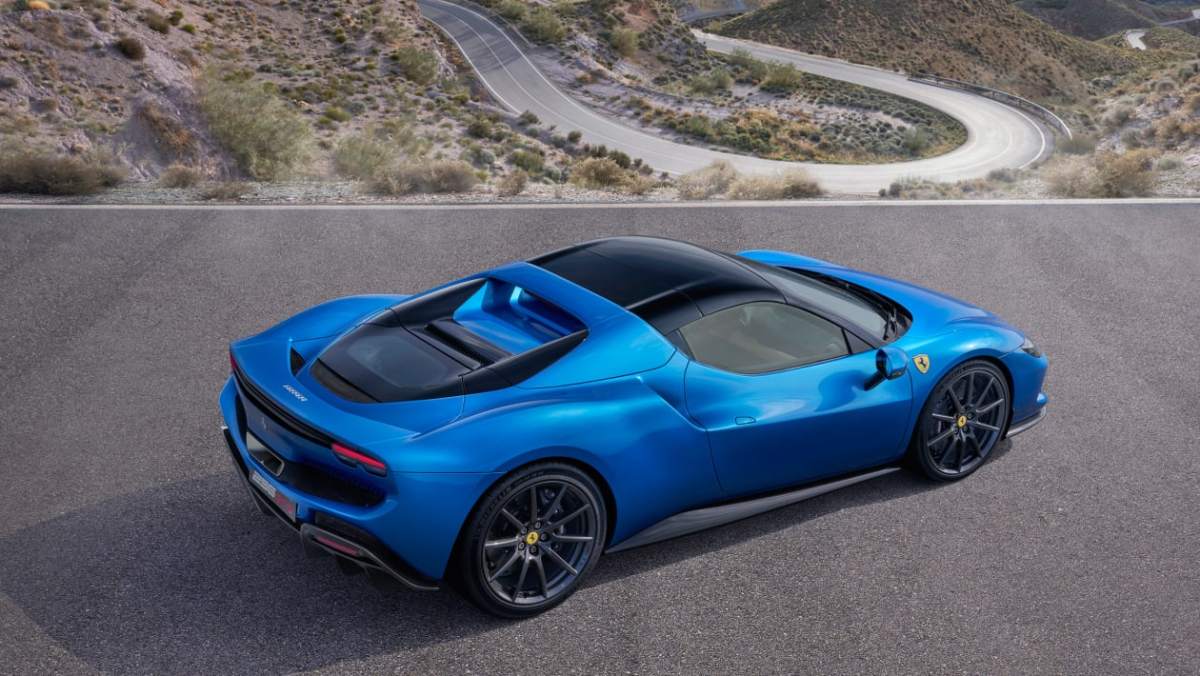 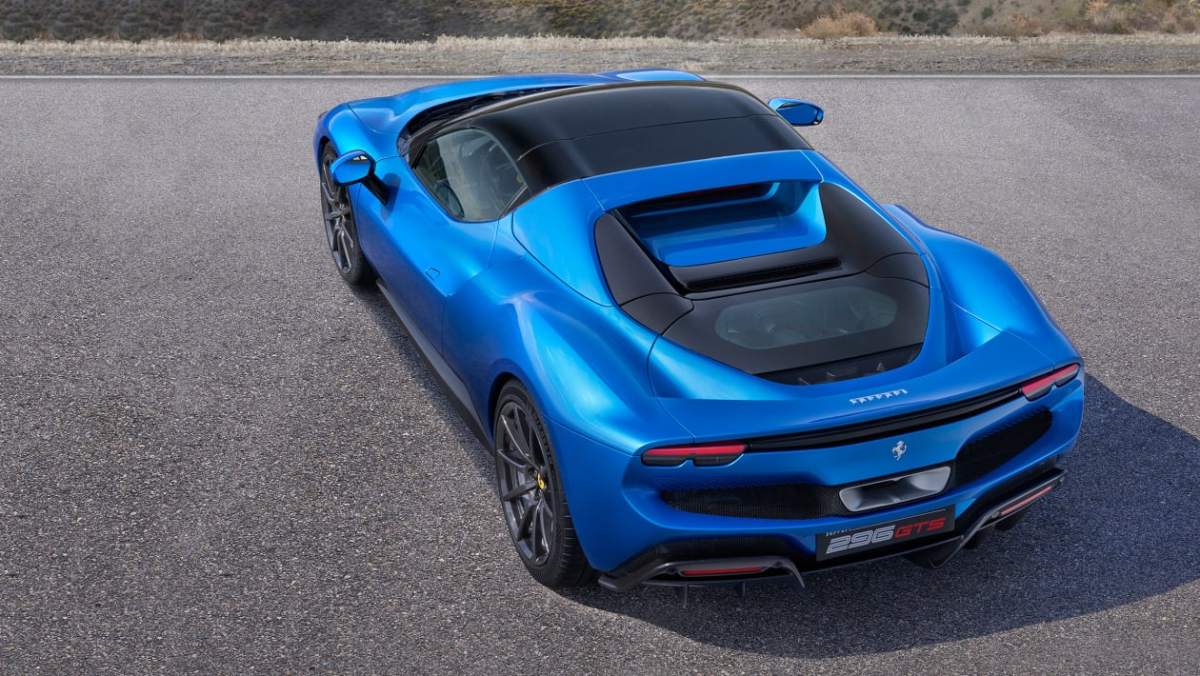 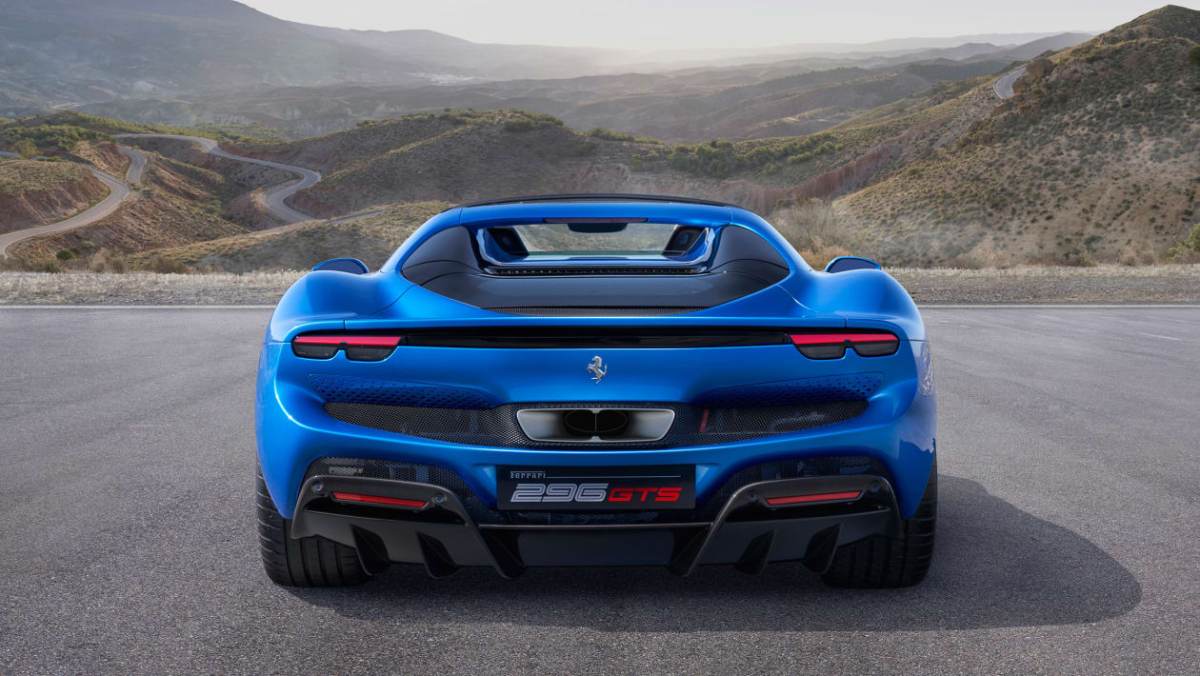 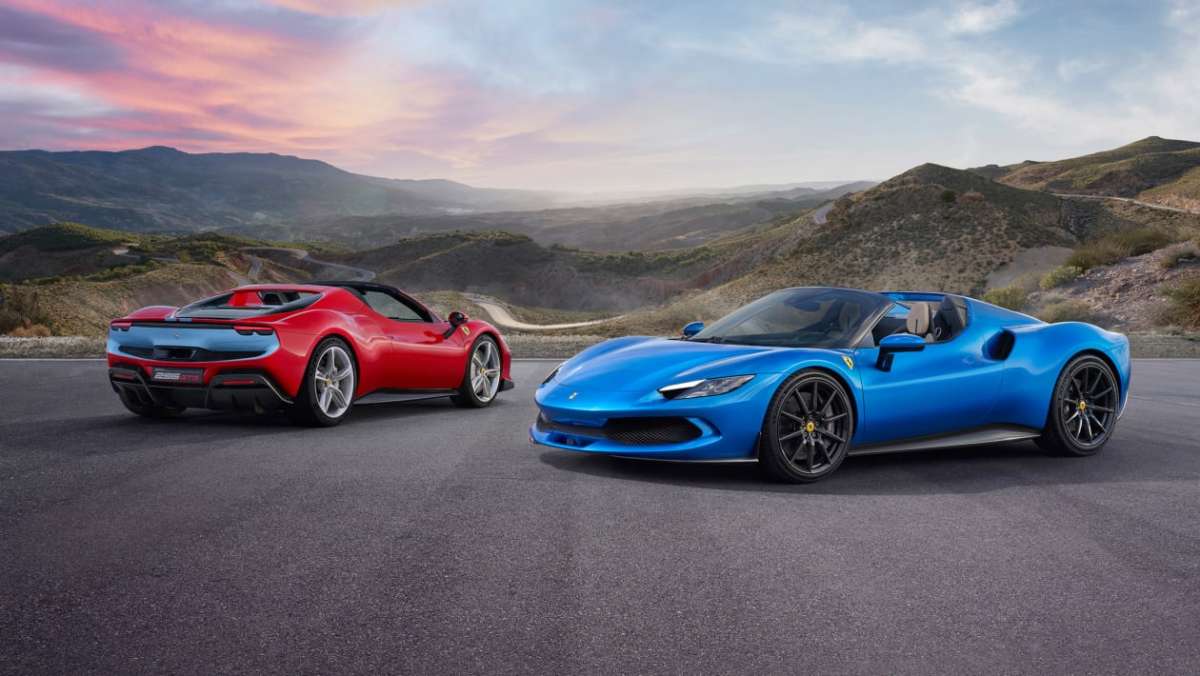 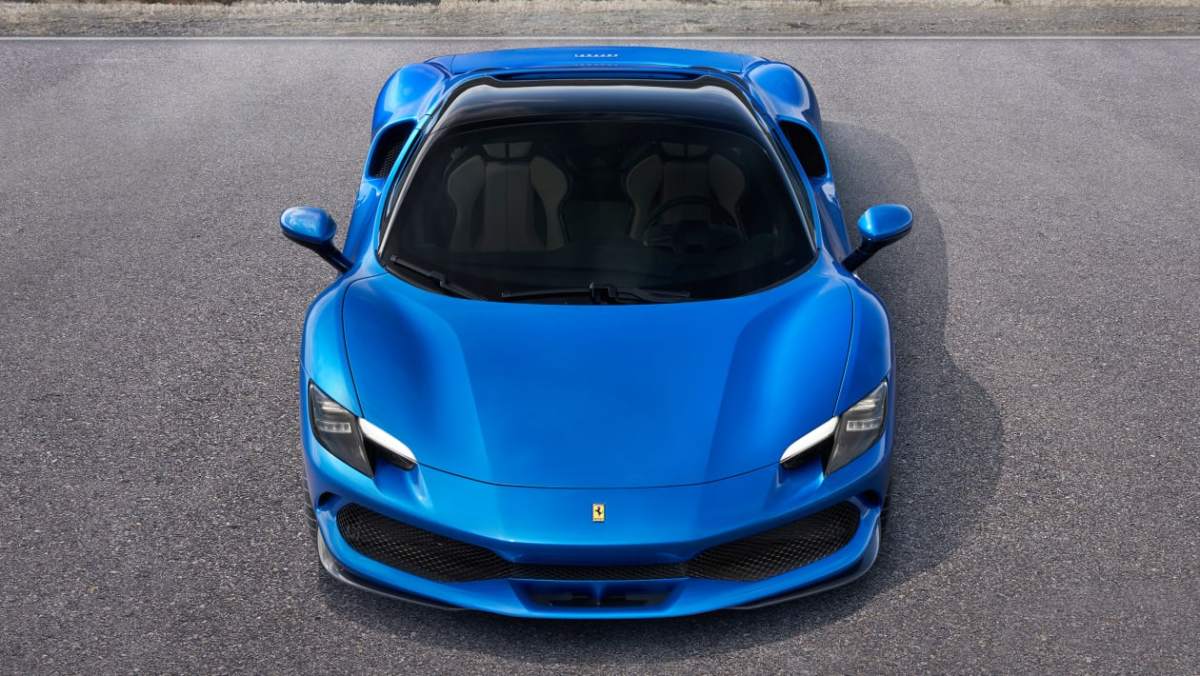 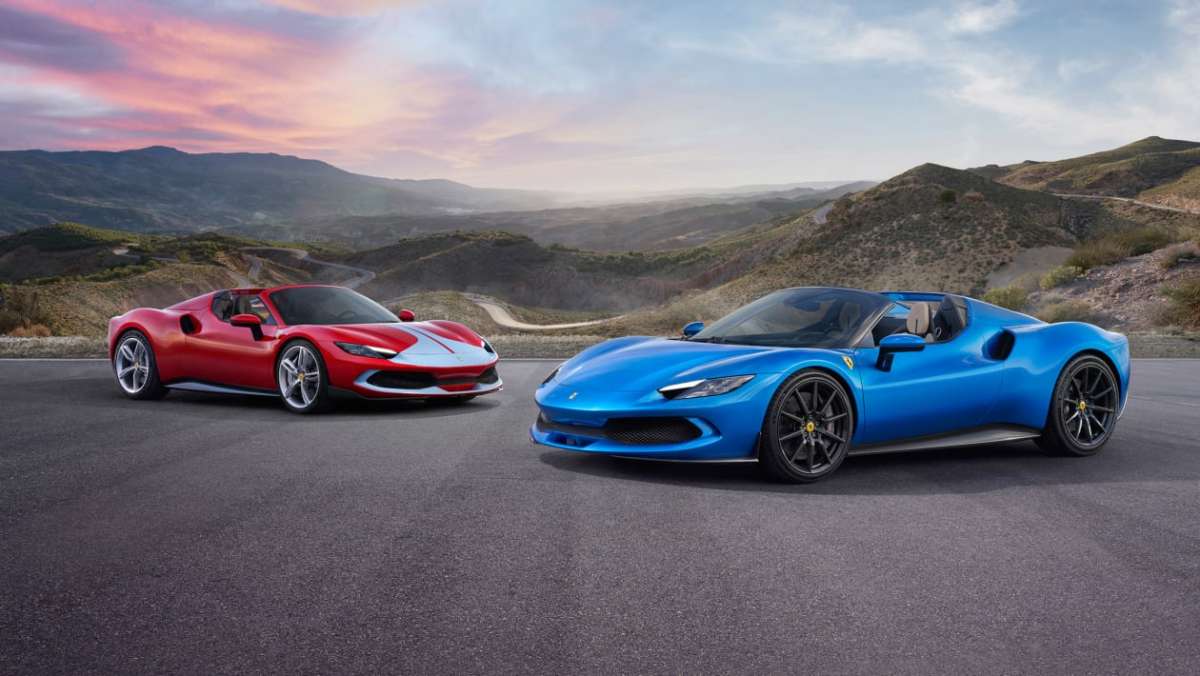 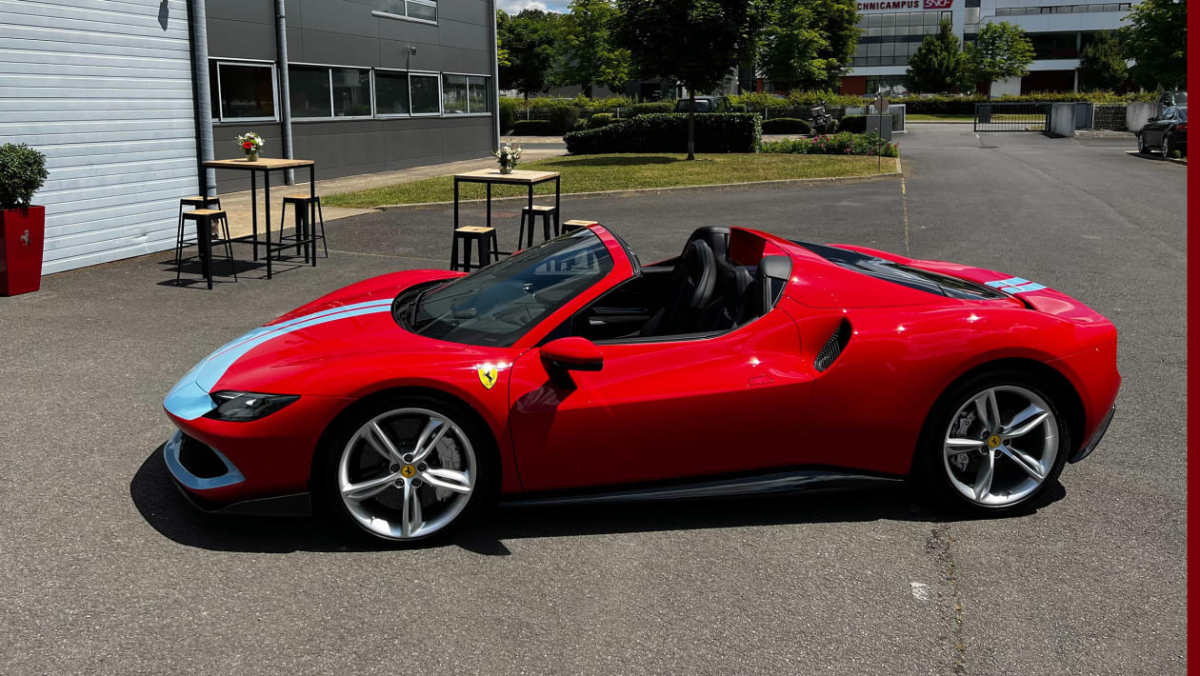 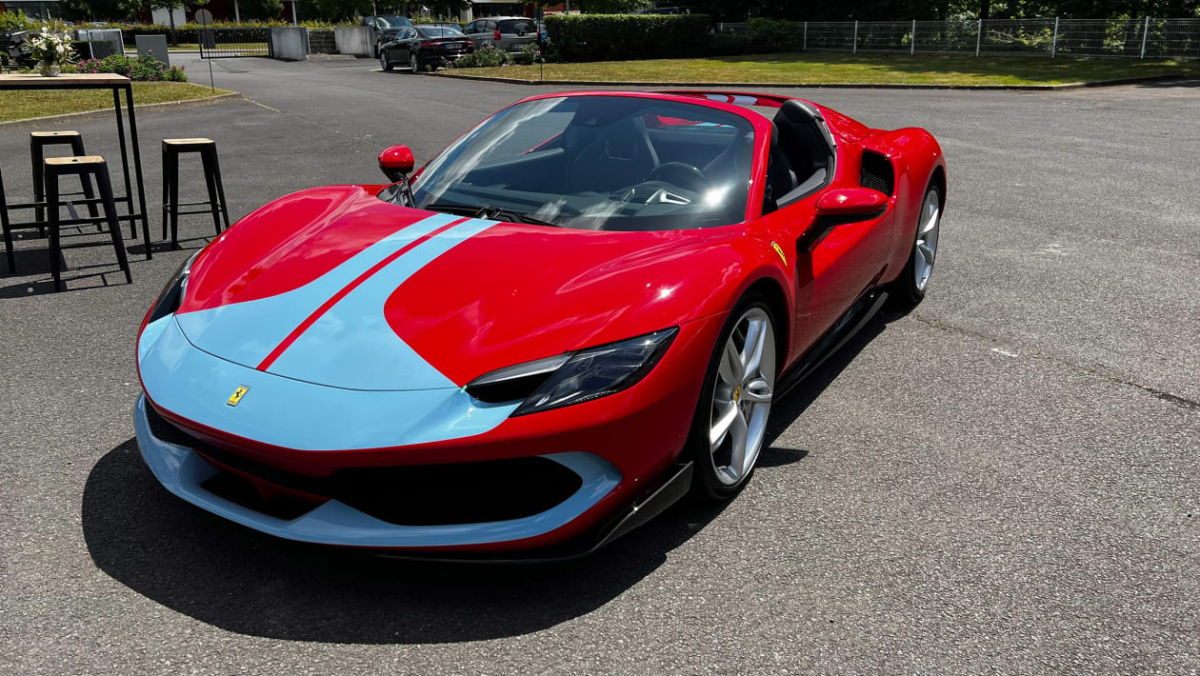 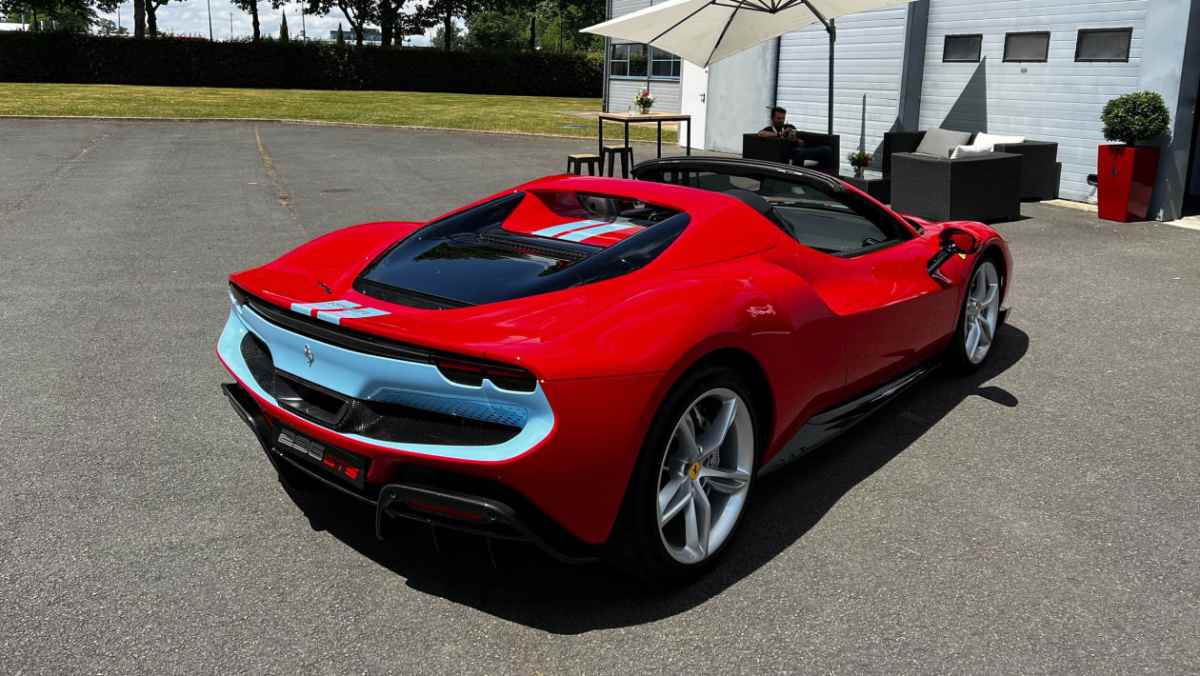 Ferrari has reintroduced the iconic GTS – Gran Turismo Spider – nomenclature for a new convertible version of its hybrid-engined 296 GTB supercar. This addition to the 296 range will join the berlinetta coupe, sharing all of its key powertrain and chassis components.

As is the case with Ferrari’s 812 GTS and the F355 before it, the 296 GTS isn’t quite a full open-top convertible in the style of Ferrari’s previous mid-engined cars, as only the main roof section is removed to create a targa-style opening. When the roof is closed, the 296 GTS looks almost identical to the GTB, which is no bad thing given the standard car’s sleek and sophisticated design that draws on heritage models like the 250 LM with a contemporary edge.

There have been some changes made to compensate for the stowage requirements of the GTS’s roof, with a new rear tonneau cover replacing the dramatic clear composite unit found on the coupe for one with a smaller window looking into the engine bay. Overall the changes are very subtle, and at the same time very well integrated.

The technical package mimics the GTB, too, with a twin-turbo 2.9-litre V6 that’s augmented by a single electric motor sandwiched between it and an eight-speed dual clutch transmission. Peak combined power is rated at 818bhp at 6000rpm, with 546lb ft peaking at a sky-high 6250rpm. The combined power of both internal combustion and electric power units is then driven through an eight-speed dual-clutch transmission that, unlike the SF90, has a physical reverse gear.

All that power and torque only reaches the road through the rear wheels, but as the 296GTB has already proven in our initial experience, it’s certainly not a problem, with Ferrari’s engineers instilling it with almost supernatural traction.

In terms of the chassis, the usual compromises associated with open-top supercars will likely apply less here, with the 296’s aluminium structure likely to require only small levels of extra strengthening on the underbody due in part to the relatively small roof opening and the structural aero-bridge that ties the rear section of the car together. The GTS weighs 70kg more than the 1470kg GTB at 1540kg, but it is worth remembering these are dry weights when specified with all the lightest possible options, likely making the GTS closer to 1650kg with all its fluids on board.

Otherwise, the GTS’s underlying mixed-metal chassis is the same as the coupe, with a 50mm reduction in wheelbase compared to the V8-powered F8 Spider making it 46mm shorter overall. Double-wishbone suspension is fitted to each corner, with the excellent standard-fit electromagnetic dampers taking care of business, and Ferrari’s full suite of driver aids and performance technology including an e-diff, electronic side slip control and the 269’s ‘ABS evo’ braking system.

Performance is very close to that of the GS, with an identical 2.9sec 0-100kph time and 328kph top speed, although its 0-200kph time is slower by 0.3sec at 7.6sec. As with the coupe, there’s also an optional Assetto Fiorano package that swaps the adaptive dampers for passive units sourced from go to hypercar builder and GT race team Multimatic, plus a spread of carbonfibre elements inside and out including the roof panel, and Michelin Cup 2R rubber. Ferrari quote a total weight saving of around 8kg.

Prices have yet to be confirmed but we suspect a $30-35,000 price rise compared to the GTB’s $292,440 starting price, before you consider Ferrari’s extensive (and expensive) options list.