BMW unveils the replacement to its Z4 GT3 racer, the new M6 GT3. 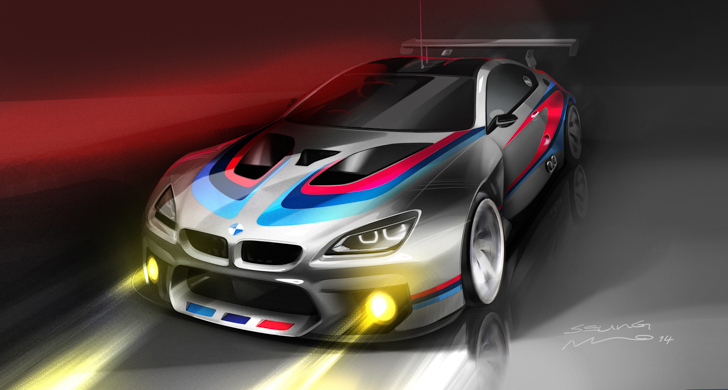 Behold, the M6 GT3 that will replace the Z4 GT3 that BMW has used on the GT racing scene since 2010. Based on the M6 Coupé rather than the Gran Coupe, development of the new GT3 model is fully underway with testing set to take place early next year.

As well as offering the ‘wow factor’ (as seen by the above and below sketches), the new M6 GT3 is powered by the same 4.4-litre M Twin Power Turbo V8 as used in the road going model, albeit prepared for racing. Though full details have yet to be revealed, the new M6 GT3 will also include a ‘racing gearbox, racing ABS and racing electronics’. 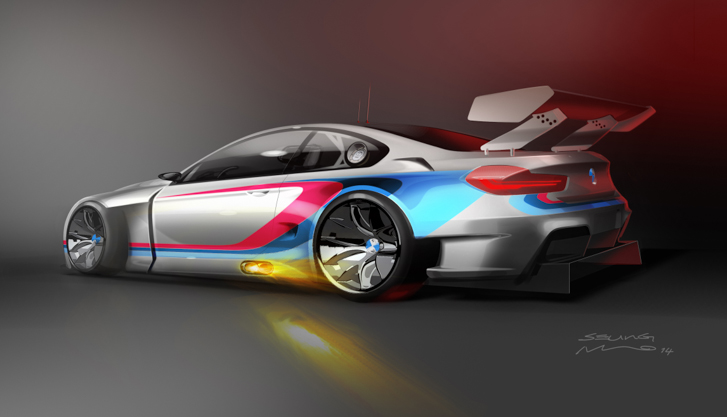 The newboy’s arrival marks the end of the Z4’s racing career. As well as competing on the FIA GT3 European Championship and in prestigious 24-hour races at Spa-Francorchamps and the Nürburgring, the BMW – unlike its six-cylinder road-going model is powered by a 508bhp V8 – took two victories at the Dubai 24 Hours in 2007 and 2011 with Duller Motorsport and Need for Speed with Schubert Motorsport respectively.

Inaugural competitive running of the new GT3 is set to take place in the 2016 BMW Sports Trophy, on sale to customer teams shortly after.