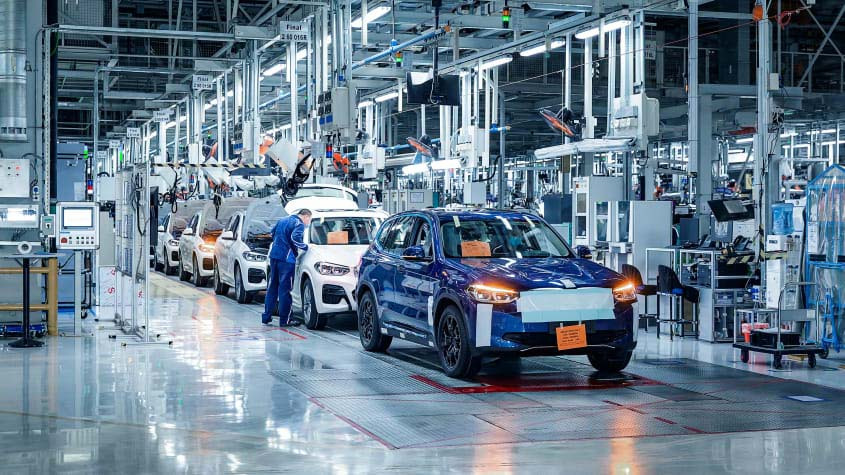 The reveal of the BMW iX3 Concept in 2018 marked a shift in the German marque’s electrification strategy, as it plans to release a line of all-electric models. A number of iX3 test mules have been spotted since, and now BMW has confirmed that the production start is on schedule for later this year.

While the iX3 crossover won’t be the brand’s first all-electric model, it signals further integration of fully electrified powertrains into BMW’s model range. This step change was confirmed by BMW’s trademarking efforts – iX1 through to iX9 nomenclatures have been secured. The divisive i4 Concept also confirms it has plans to take on models such as the highly successful Tesla Model 3.

The latest news is that homologation tests have been concluded; with over 340 hours and 7500 kilometres of testing undertaken within just four weeks, a production start is still set for late summer 2020 at BMW’s Shenyang factory in China. Robert Küssel, BBA plant director, Dadong, said: ‘We are right on schedule with our BMW iX3 pre-production vehicles and will launch standard production in late summer, using state-of-the-art technologies such as custom installation of the new high-voltage battery and artificial intelligence for monitoring parts.’

Battery capacity is rated at 70kWh and the electric motor develops 266bhp according to BMW. Assuming the brand continues to offer X-range models with four-wheel drive, there’s potential for a dual-motor set-up to be employed, which means 532bhp could be possible.

BMW is claiming a range of 400 kilometres (under WLTP regulations) for the powertrain configuration, with charging from 0-80 per cent said to take only 30 minutes when hooked up to a high-voltage charge point.

Design of the production car is still under wraps, with test mules sightings offering very little – an enlarged grille and the absence of an exhaust are the only discernible differences to its combustion counterpart. The production iX3 will likely feature elements designed to improve aerodynamics, however, with a filled-in grille, smaller intakes, smoother surfacing and new wheels all likely to make an appearance.