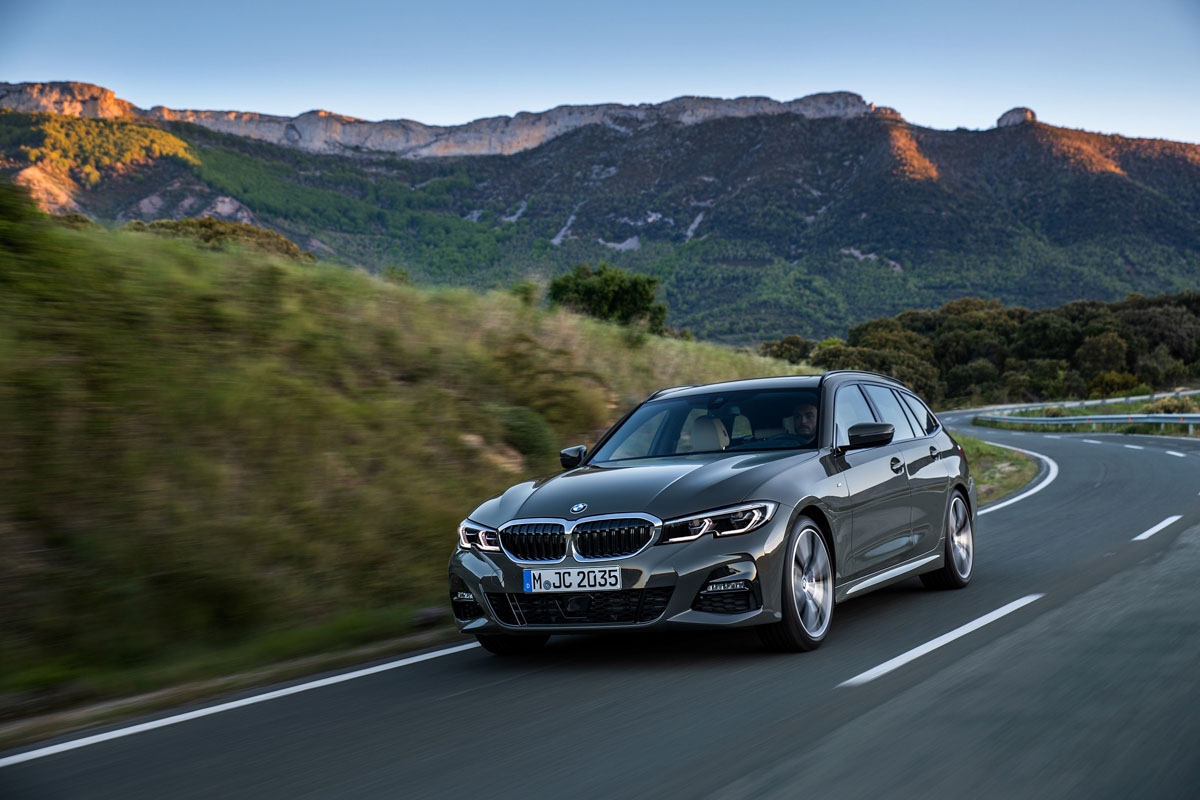 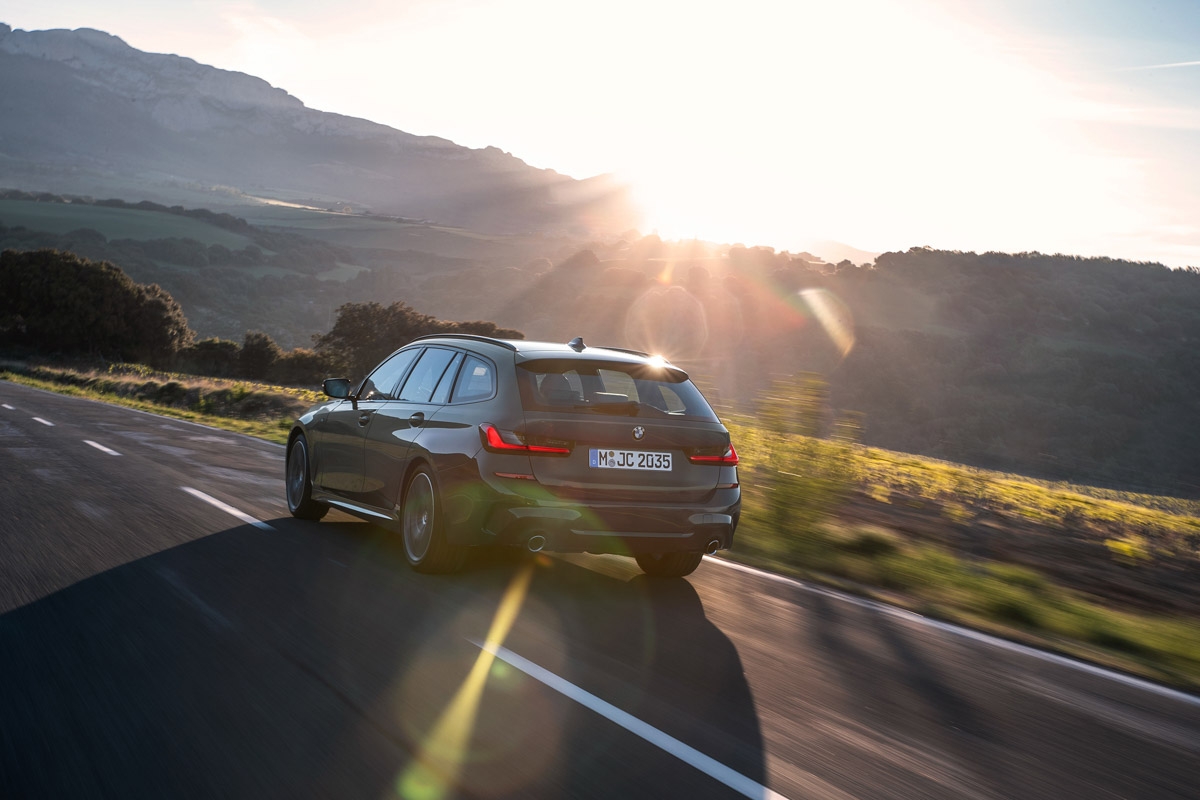 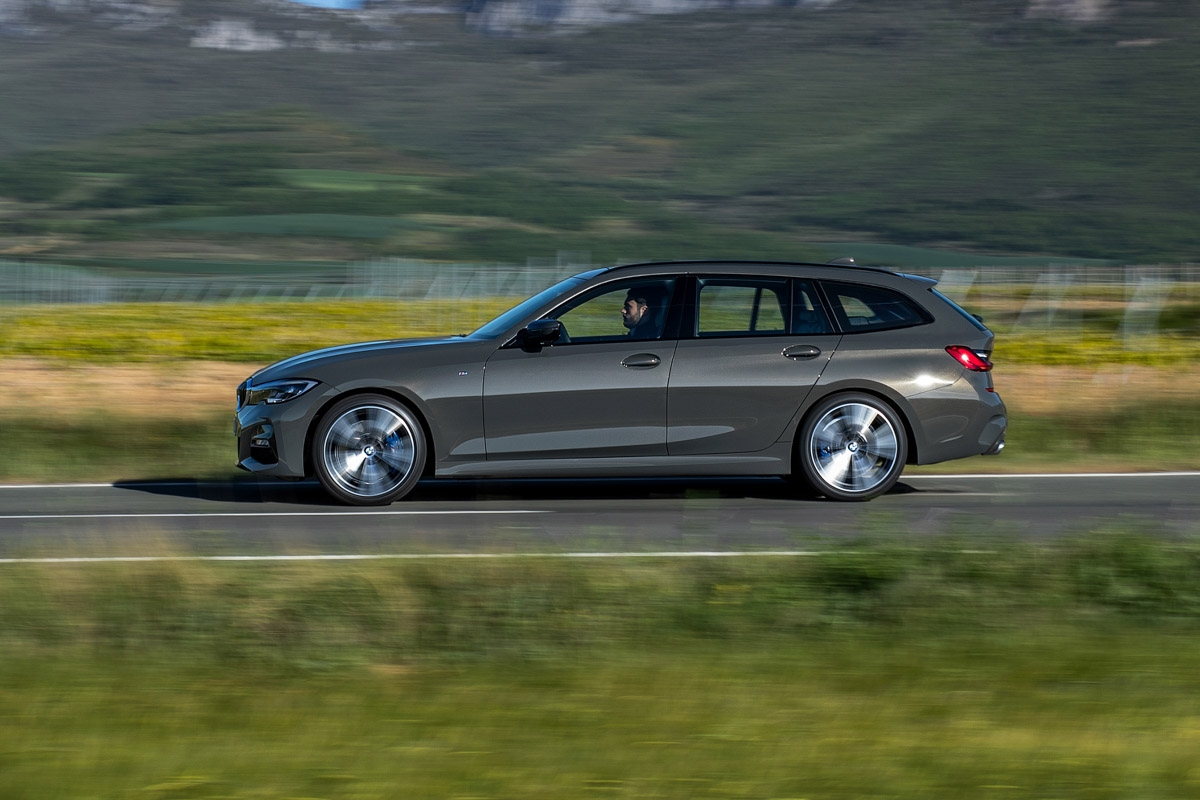 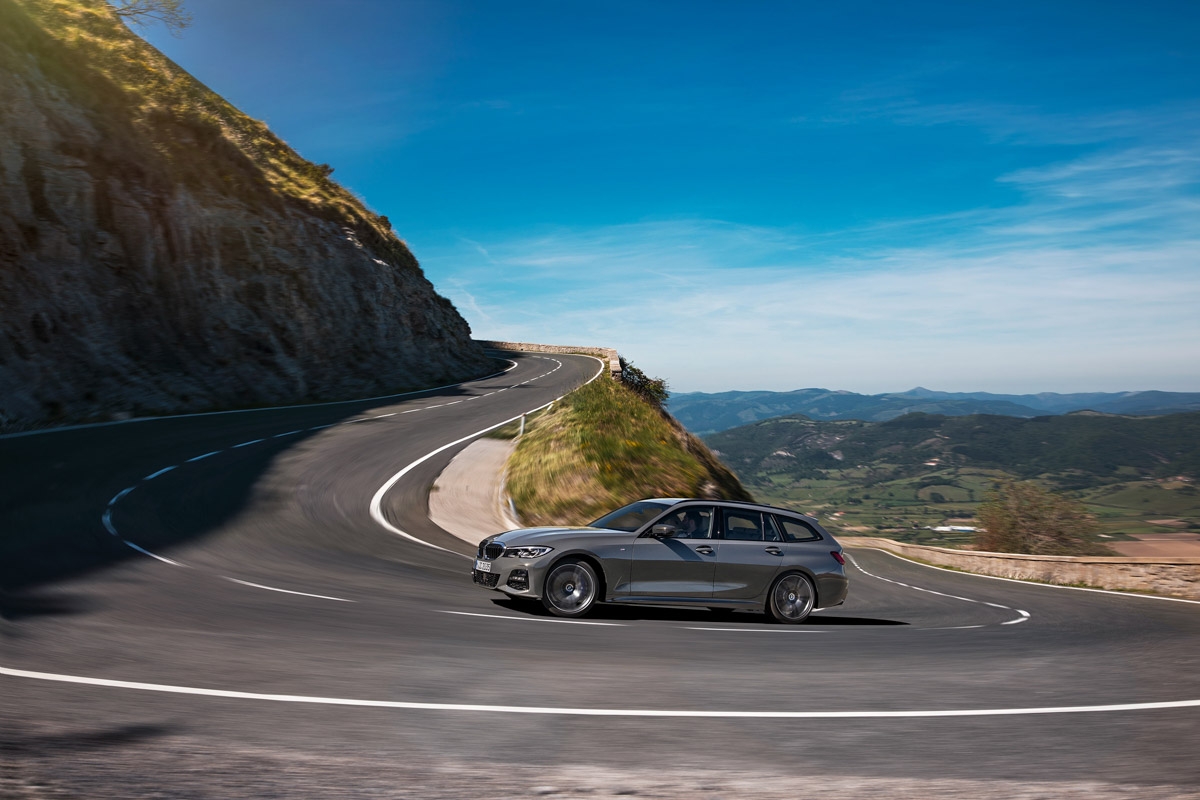 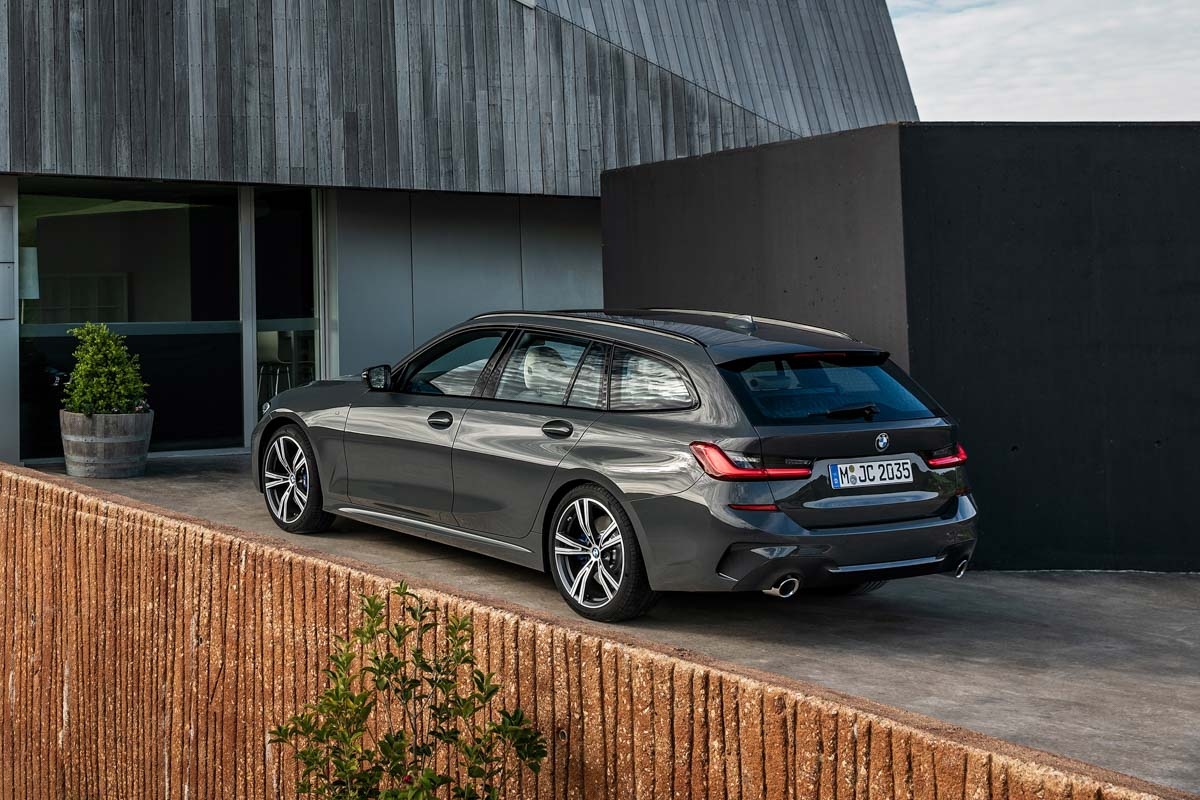 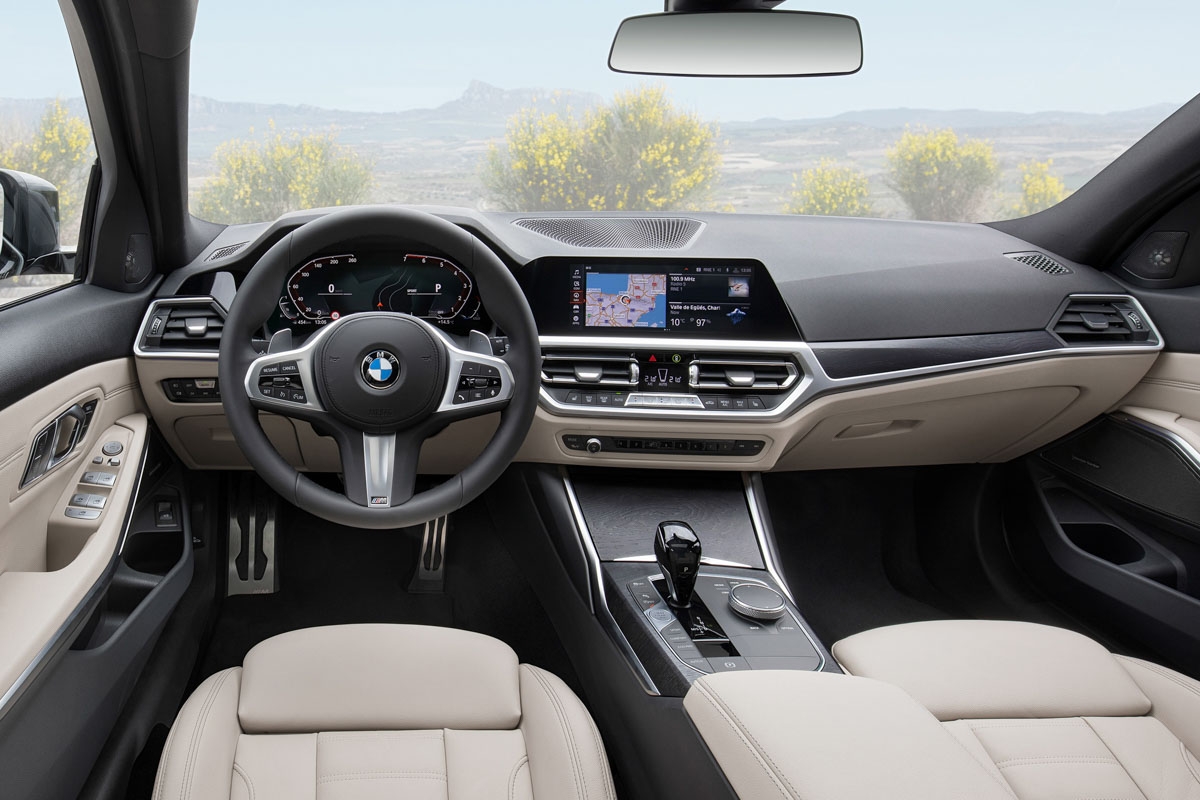 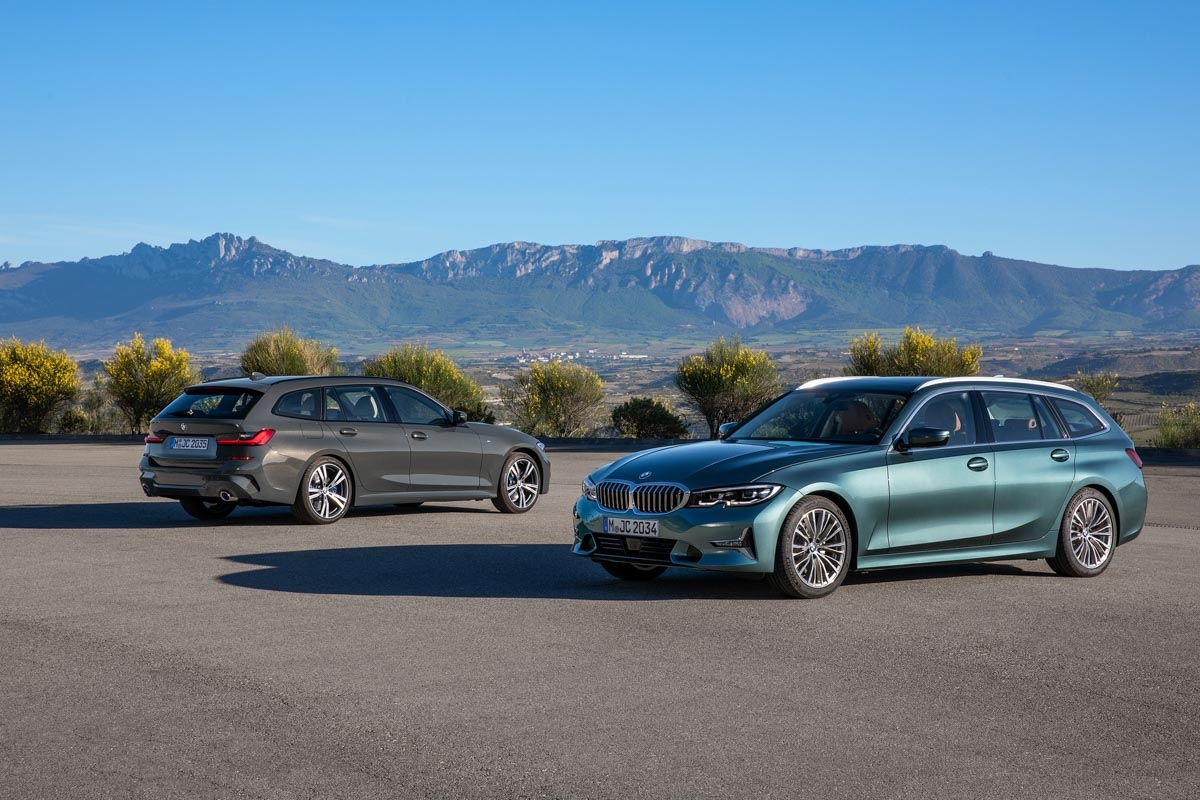 BMW has revealed details of the new 3-series Touring, following the saloon’s arrival to market and bringing with it a wider selection of powertrains to boot. As a ubiquitous premium family, the BMW 3-series Touring’s sheer breadth of ability has always been core to its desirability, something that BMW is hoping this new model will only build upon. Also new for the new 3-series is the first real range-topping ‘performance’ version in the form of the 369bhp M340i Touring, which will finally give BMW a rival to the Audi S4 Avant and Mercedes-AMG C43 Estate.

Starting with the basics, the new G21-generation 3-series has a larger bodyshell, wrapped over the top of the CLAR modular platform that underpins everything from the BMW Z4 right through to the X7 SUV. At 4709mm, the new Touring is 76mm longer than the previous-generation F31, but still sits slightly shorter than a current Audi A4 Avant.

Design-wise, the new Touring is identical to the saloon from the B-pillar forwards, but the rear is all new, accentuating the estate body’s width due to wider and fuller surfacing in and around the new tailgate. The 3-series’ separate glass tailgate also remains, giving access to the full boot space in even the tightest of spots.

The rest of the package remains faithful to the saloon, but will introduce further engine and specification variants to both Touring and saloon models. One such variant will be the eagerly awaited M340i – the first M Performance variant of a 3-series, and indeed the first performance version of a 3-series Touring in the model’s long and varied history. That model will feature a 3-litre B58 turbocharged straight-six with 369bhp, paired to an xDrive all-wheel-drive system and eight-speed automatic transmission. It’ll be aimed chiefly at the Mercedes-AMG C43 and incoming Audi S4 TDi, the latter picking up a new mild-hybrid diesel powertrain for the first time.

This generation of 3-series Touring will also see the first Touring plug-in hybrid in the BMW range, with the incoming 330e to be offered in both saloon and Touring forms when it arrives in 2020. For the moment, SE, Sport and M Sport trim levels will be available on all 320i, 320d, 330i and 330d variants, and topped with a new M Sport Plus Edition, combining the M Sport’s standard equipment list with additional features such as adaptive dampers, M Sport brakes and an M Sport limited-slip differential (the latter on 330i and 330d models only). Three further BMW Individual paint finishes will be optional, with a bespoke set of black painted 19-inch alloy wheels completing the aesthetic overhaul.

The new 3-series Touring will be revealed later this month, with sales kicking off at the end of September this year. Although the likelihood of an M3 Touring still remains an unlikely proposition, the new M340i Touring at least makes up for BMW’s historic lack of a performance 3-series estate beyond flagship powertrain options.