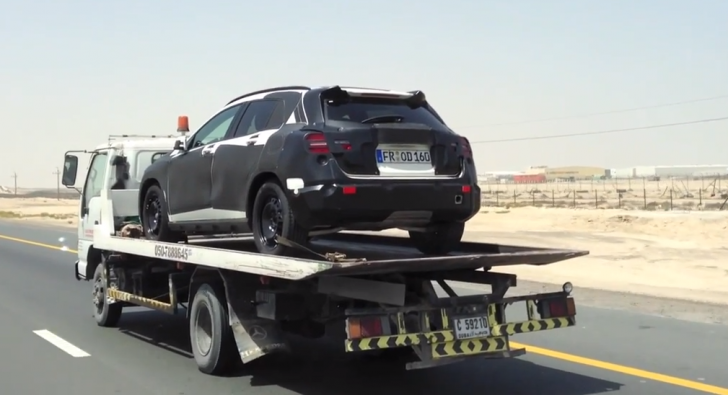 Ignore the fact that the driver is steering with one hand and using his iPhone with the other, since he’s just brought our faithful massive – and wherever else this video has by now been shared – a glimpse of what appears to be the Mercedes-Benz GLA Concept in Dubai, UAE.

Unveiled at this year’s Shanghai Motor Show, the GLA is six of SUV and half a dozen coupe, and could be the approach Mercedes takes to its SUV design DNA from hereon in. Indeed, the GLA takes as its inspiration the recently re-launched A-Class. With temperatures creeping up and the UAE proving a perfect hunting ground for extreme weather testing – we’ve recently spotted the BMW i8, the Range Rover Sport and Jaguar has just opened a brand new facility for said task – where better for Mercedes to push the GLA’s 211hp turbocharged four-cylinder and seven-speed automatic dual clutch gearbox to the limit.

We’re curious though. How do you go about hot weather testing, other than ramping up the temperature and tapping the barometer? Come on Mercedes, give us a go. We promise we’ll behave…

– Massive thanks to Jimmy Grewal