At what point did Mercedes-Benz AMG become Mercedes-AMG? crankandpiston.com catches up with AMG chairman Tobias Moers to discuss Affalterbach performance and the model that represents their future, the C450 AMG 4MATIC.

The way Mercedes-Benz and AMG work together is changing. It used to be that Mercedes made a new model, created a handful of variants, then handed it to AMG for a range-topping steroid injection. But now there’s a new level of AMG car, which still bears the famous three letters from Affalterbach, but is a touch more refined. The reasoning for this new segment is simple: so powerful are the modern performance cars from AMG that the gap between the highest-rated ‘regular’ Mercedes, and the fire-breathing AMG creations has widened. In the case of the latest C-Class, the gap is between the 333bhp C400 and the newly-launched, performance-fettled, 469bhp C63. There’s a 136bhp hole there waiting to be filled, and here comes the 362bhp C450 AMG to plug it.

Before we find out more, a word about names. With the introduction of the AMG GT last year, Merc announced a new naming system. Your common-or-garden Merc is still called a Mercedes-Benz (such as the Mercedes-Benz C400) but your fire-breathing AMG machine is now called a Mercedes-AMG (witness the Mercedes-AMG C63). For this new segment of cars, heavily breathed upon by AMG but sitting below the full insanity model, the old naming format is retained – hence, Mercedes-Benz C450 AMG. Oh, and add 4MATIC on the end of the moniker of this one, as it has all-wheel drive. 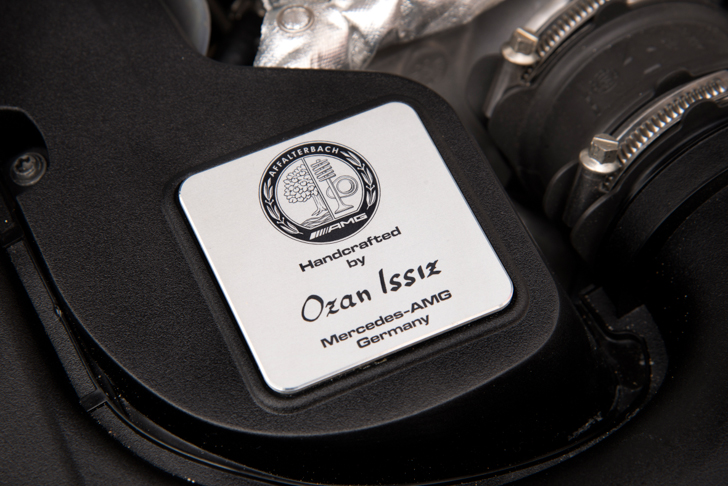 It’s important to note that this isn’t one of the standard cars with a bit more power and some AMG wheels, although it does have a smattering of exterior snazzifications. No, this is a proper AMG-developed car with all sorts of hardcore upgrades, many lifted straight from the C63. The roots, admittedly, are with the regular C400, but the beef-ups include C63 aluminium knuckles on the front suspension, replacing the steel ones, and electronically-controlled shocks.  All suspension components have been upgraded for extra rigidity, the bushes are stiffer and have been replaced by ball joints on the lower front wishbones. There’s more negative camber at the front too. Under the bonnet is a twin-turbocharged 3-litre V6, which sends 362bhp and 383lb ft to all four wheels through a seven-speed automatic transmission. The power is distributed with a 67 percent rear bias, and the brakes have also been upgraded to 360mm front discs and 320mm at the back. Tobias Moers, chairman of the board at AMG, explained to crankandpiston.com that this, alongside the recent GLE 450 AMG, represents the future. Each model range will have a new entry-level “AMG sports model” alongside the lunatic Mercedes-AMG version.

Moers dismisses queries over whether a new, more sanitised AMG like the C450 could dilute the brand. “It’s not a concern,” he says. “We’re aware of that discussion but it’s a different car, in a different line-up, in a different segment. For us it’s a new product line up. We will always provide driving performance and cars that fit perfectly into different segments. Even a C450 AMG is a very competitive car in its segment.”

He also scorns suggestions that the C450 could take customers away from the C63. “We sold more than 40,000 cars of the previous model and the order bank for the new C63 is nice. This is a different customer that we’re targeting, those that are looking not for that high-end performance but for something in between. We never before had an offering for these people.”

Indeed, Moers believes the C450 could swipe customers that might previously have opted for rival brands, such as Audi and their S range. “It’s a reasonable comparison,” he says. “I think there is a good chance for conquest customers with C450. It’s another entrance door to AMG and we see from market research that there will be a customer journey, maybe starting with the C450 and moving then to a C63. We weren’t in that segment – not with Mercedes, not with AMG – and now we’re on a path to grow. So we will get new customers.” 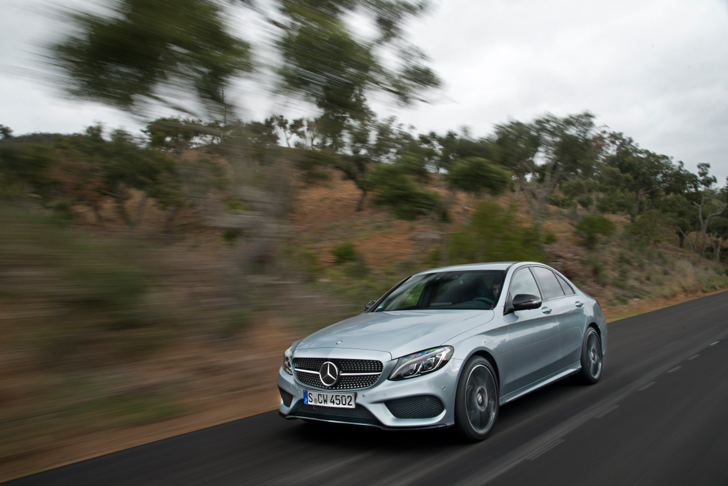 So what will these new customers get? Let me be frank – I wasn’t expecting a great deal from the C450 AMG ahead of our drive, especially as it was launched at the same time as the excellent C63. But on the winding roads around Portimao in Portugal, I had just as much fun in the new model as in the established hooligan.

But it’s a different kind of fun. As Moers says, this is a new type of AMG, and it’s not trying to be a C63-lite. It’s a less brutal but pin-sharp machine that has excitement of a visceral flavour only AMG can provide. The all-wheel drive immediately gives it excellent traction and it leaps to 100kph in 4.9 seconds. Despite the components added by an extra driven axle, at 1615kg it’s still 25kg lighter than the C63, and it feels it, especially at the front. The nose is beautifully agile and you can feel it through the wheel. It turns in nimbly, and on exit the rearward bias of the grunt means there’s none of the front push that I remember from the big-power Audis.

The C450 might have lost two cylinders, but that doesn’t mean it’s lacking in aural drama, especially in Sport+ mode. Plumb a twin-blown V6 through AMG exhaust technology and you get a higher, piercing power whine, accompanied by a rat-a-tat-tat crackle on lift off at high revs, like a military snare drum. The throttle is sharp, the ride on these smooth, twisting country roads is more than acceptable, and there’s a very large amount of fun to be had here. The only slight fly in the pudding is the gearbox, which is a tad reluctant to shift with the instant response we’ve come to expect from rivals. And if you want to be critical of the noise, it’s aided by the internal speakers, unlike the C63. I’m not a fan of this artifice, but it is effective. 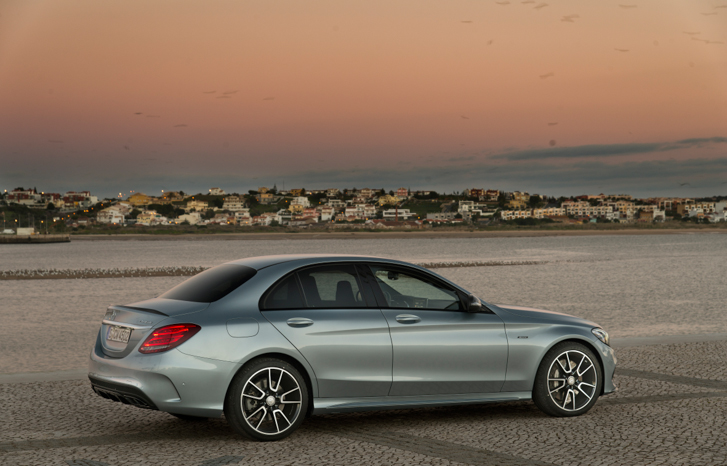 This new segment of performance Mercs gives customers a new choice in German performance saloons. BMW doesn’t really tinker with its 3 Series in the same way as the C450 has been set upon – you can have a 3 Series with a bit more power and a couple of swapped components, or you go straight to the M3. Audi’s A4 range ups the power but the S4 isn’t really a startling departure from the standard car. The C450 though is very definitely an AMG, but with more of a rapier approach than the broadsword wielded by the C63. It’s different, but in the right hands, on the right roads, it’s just as effective.