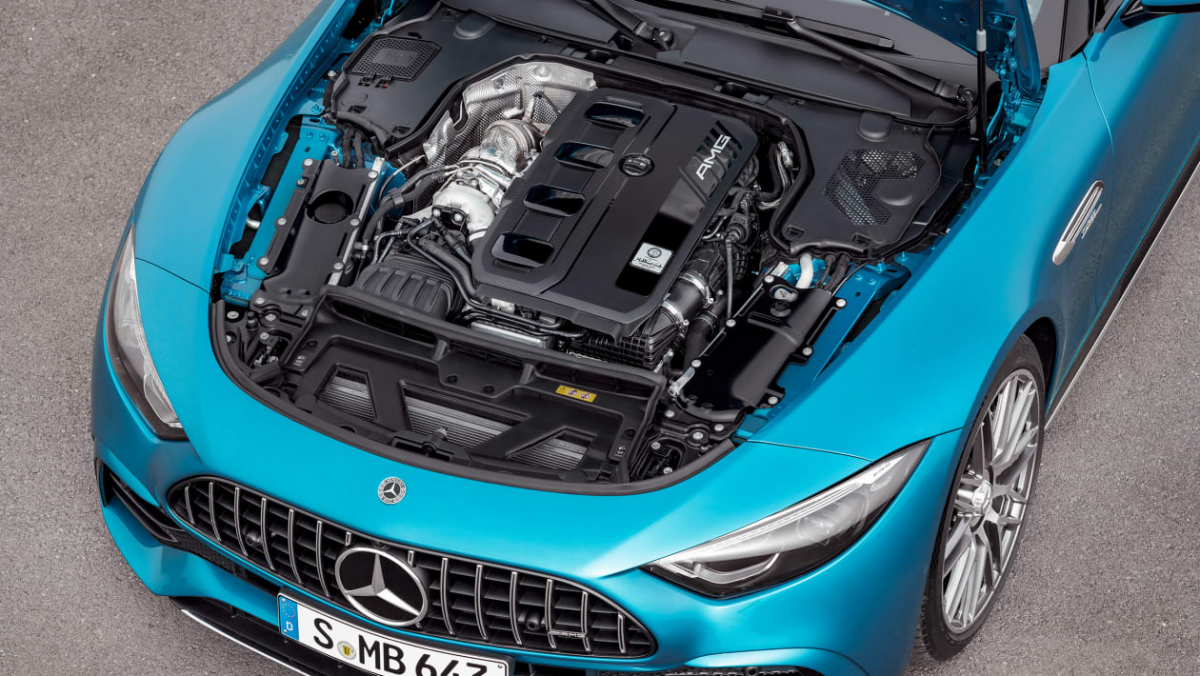 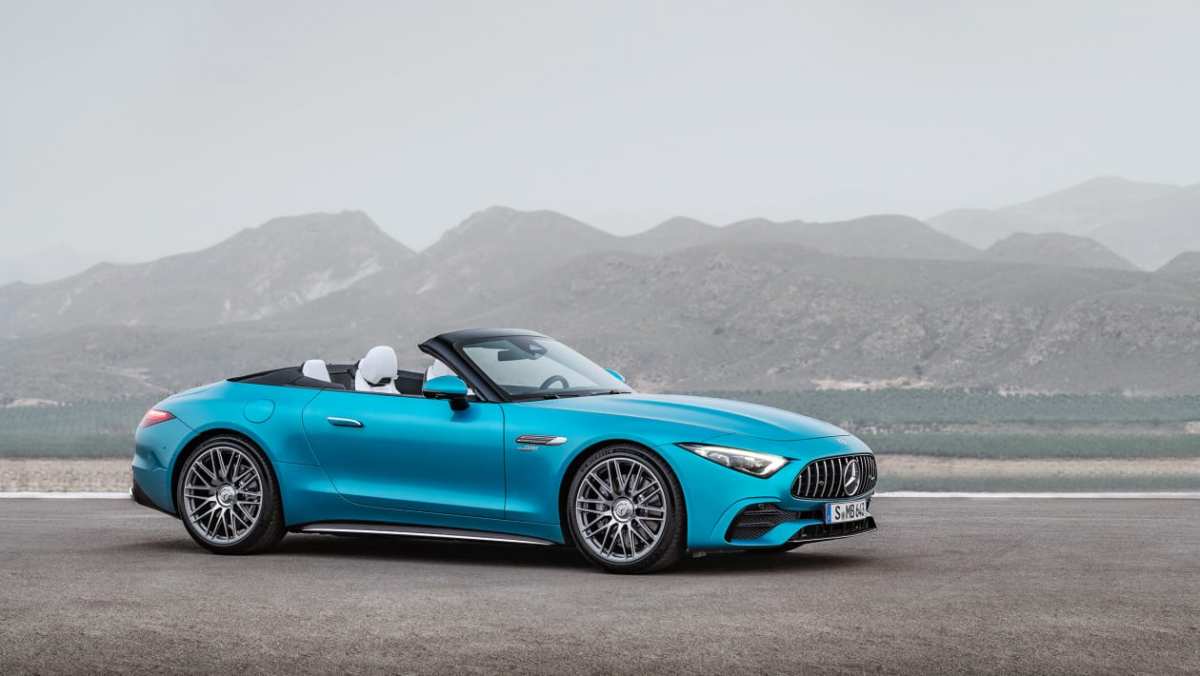 Mercedes-AMG has revealed a new entry-level version of its SL roadster featuring a new take on the A45’s M139 turbocharged four-cylinder petrol engine. Called the SL43, the new model will join the existing V8-powered SL55 and SL63 with a simplified technical package that also makes it the only rear-wheel drive SL in the range.

Powering the SL43 is the same AMG-developed M139 four-cylinder engine as found in the A45 and CLA45, but with a few key differences to both its layout and technology. First of which is the swap to an industry first electrically-driven turbocharger, which AMG says dramatically improves response times. It works by directly integrating a small 40mm thick electric motor directly into the turbocharger housing that is able to spin the turbo shaft from within until the exhaust gases eventually catch up and take over.

This essentially eliminates turbo lag at low rpm, boosts torque at low engine speeds and is even able to keep the turbocharger on boost when off-throttle. This differs from AMG’s other electrically-driven turbochargers, as fitted to cars like the CLS53, because the electric motor is directly integrated into the turbocharger, as opposed to compressing air externally through an electric supercharger. Power to the electric turbo is sourced from the car’s additional 48V electrical system, which also drives AMG’s second generation starter generator (ISG), that provides its own small power boost to the powertrain and facilitates engine-off coasting.

All in, the SL43’s four-cylinder engine is rated at 376bhp at 6750rpm, with a peak torque of 354lb ft available between 3250rpm-5000rpm – the ISG is then able to add in an additional 14bhp for short bursts when called on. This is a significant drop on the A45 S’s 415bhp, but rather than be an exercise in pushing the engine to its absolute extreme – A45 S models require intense cooling packages, including the need to call on the car’s air conditioning system under hard use – this application is a development of the M139 leading up to its integration into future hybrid models, such as the next generation C63.

The SL43 will share its nine-speed automatic transmission with other SLs, including the application of a wet-clutch, but will power the rear-wheels exclusively making this the only rear-wheel drive SL available. It also runs on a simple steel spring and adaptive damper setup, working with Merc’s first application of a five-link front and rear suspension setup that’ll be shared with the next generation AMG GT. All in, this makes the SL43 the lightest SL weighing in at 1810kg, a 170kg drop in comparison to the fully-loaded SL63. It’ll reach 100kph in 4.9sec.

Visually, the SL43 is made distinctive by its four round exhaust pipe finishers and subtly reshaped front and rear bumpers, but the SL’s sleek design is largely unchanged. An optional Dynamic Plus Package will be available in some markets, bundling dynamic engine mounts, an electronically-controlled limited slip differential, 10mm drop in ride height, additional ‘Race’ driver mode and yellow brake calipers. Rear-wheel steering is also on the options list.