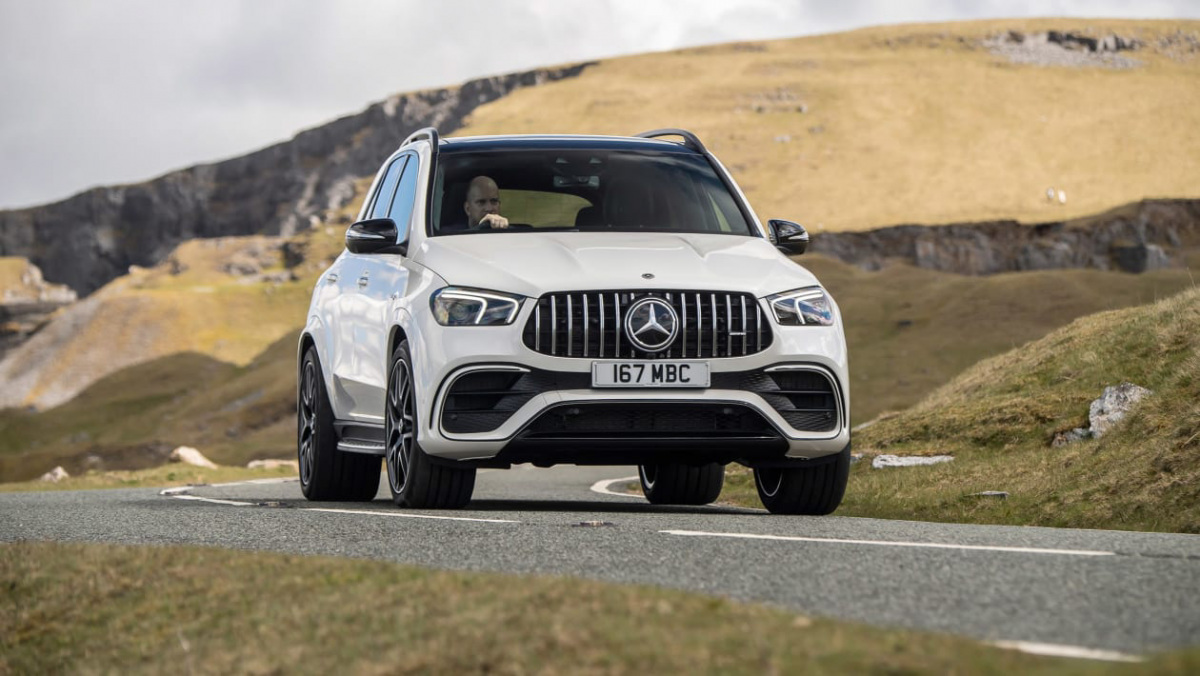 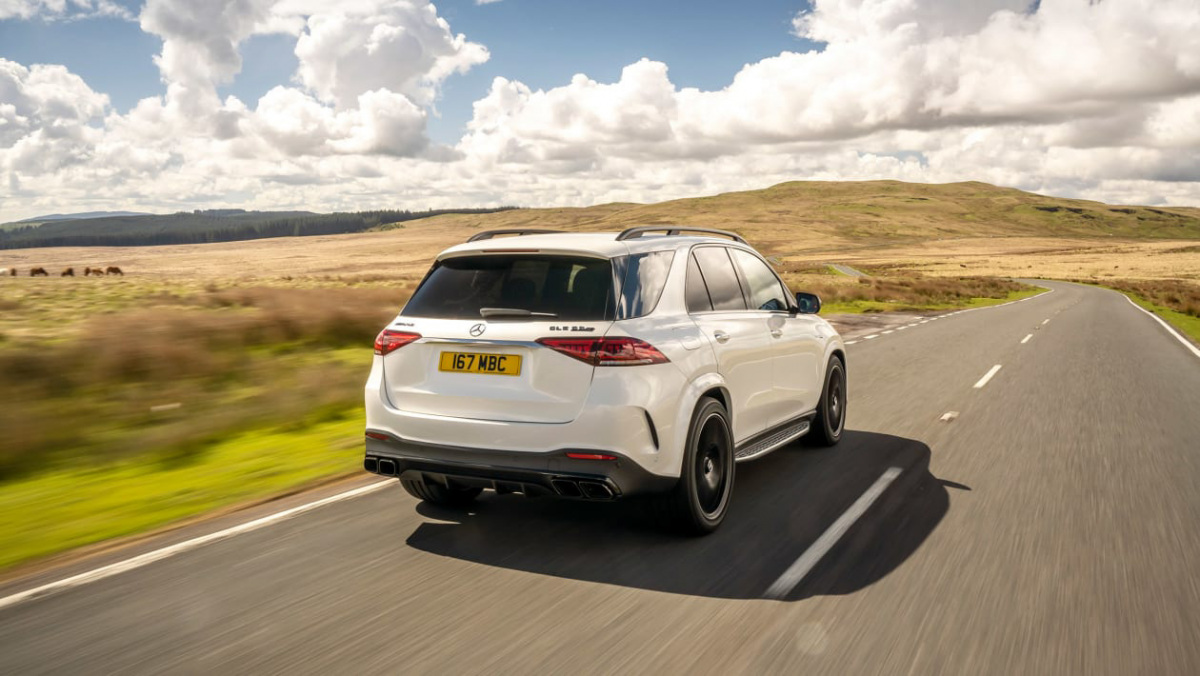 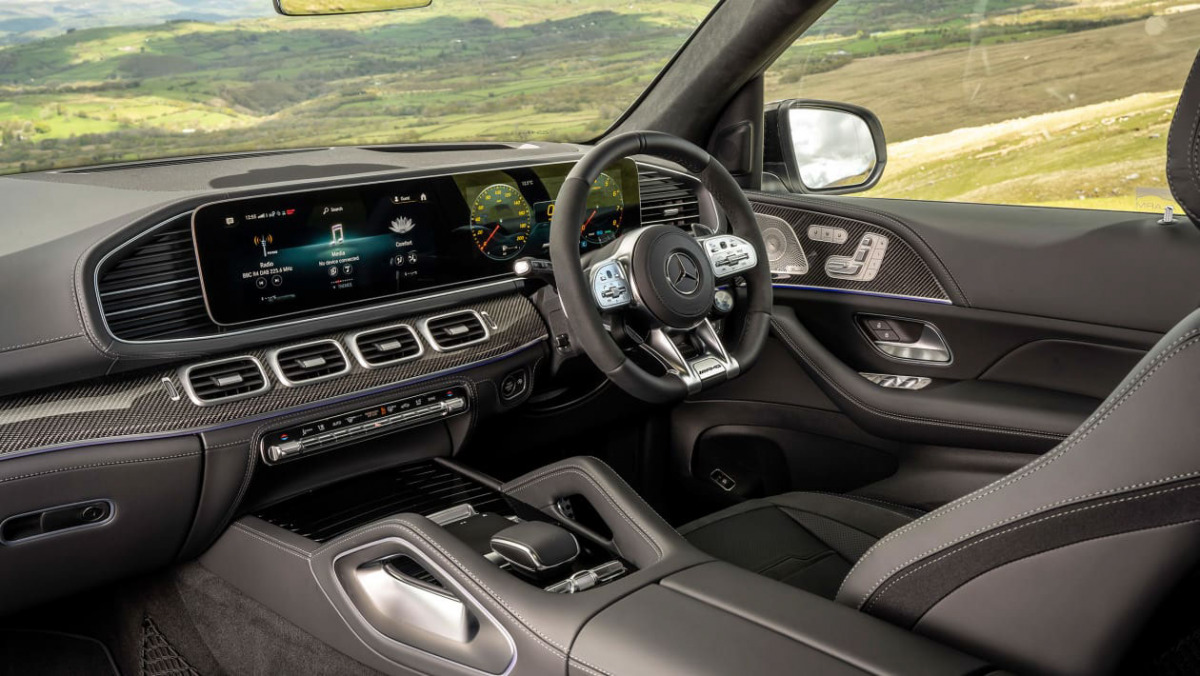 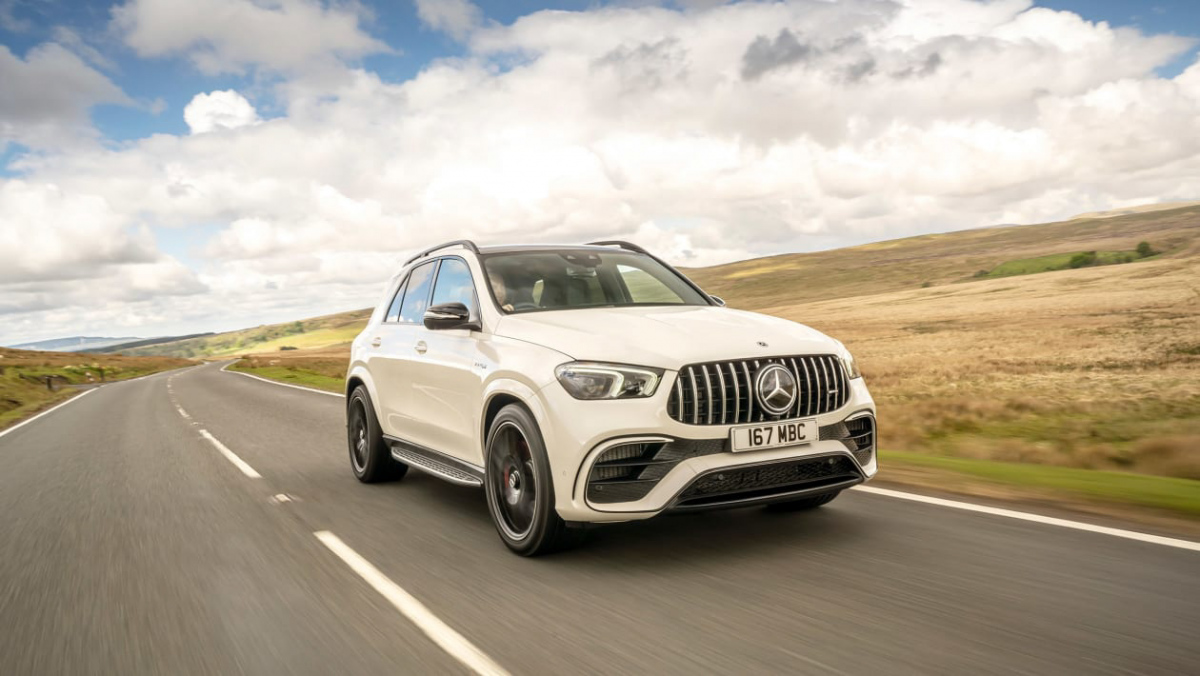 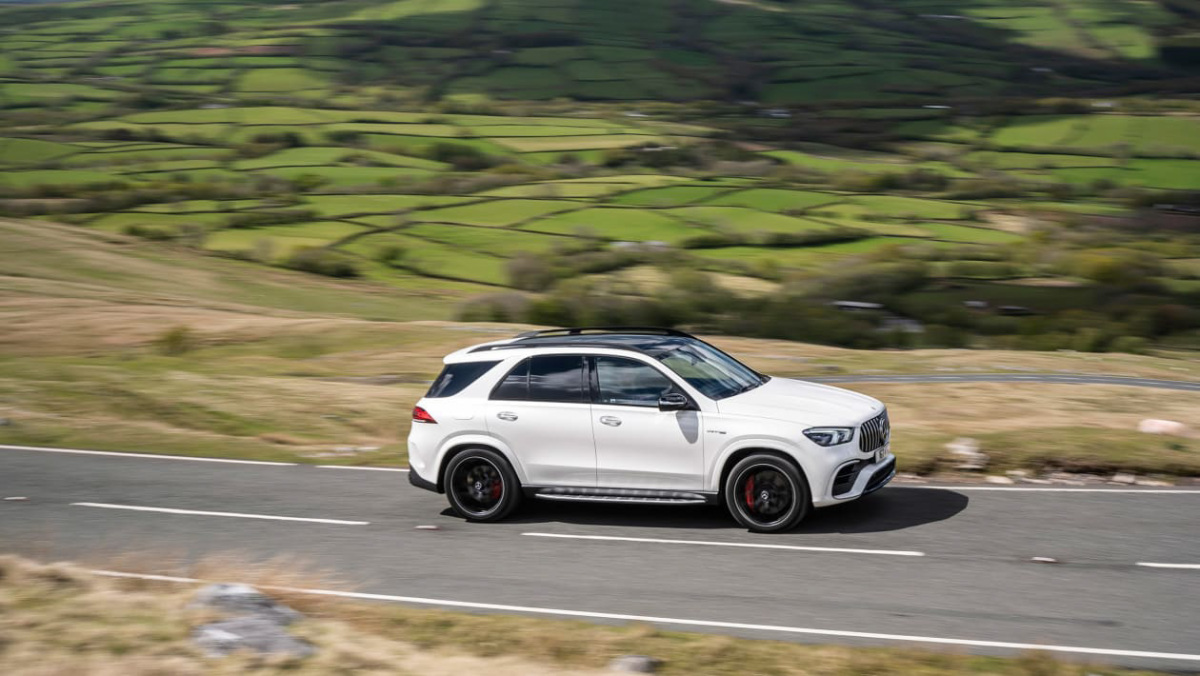 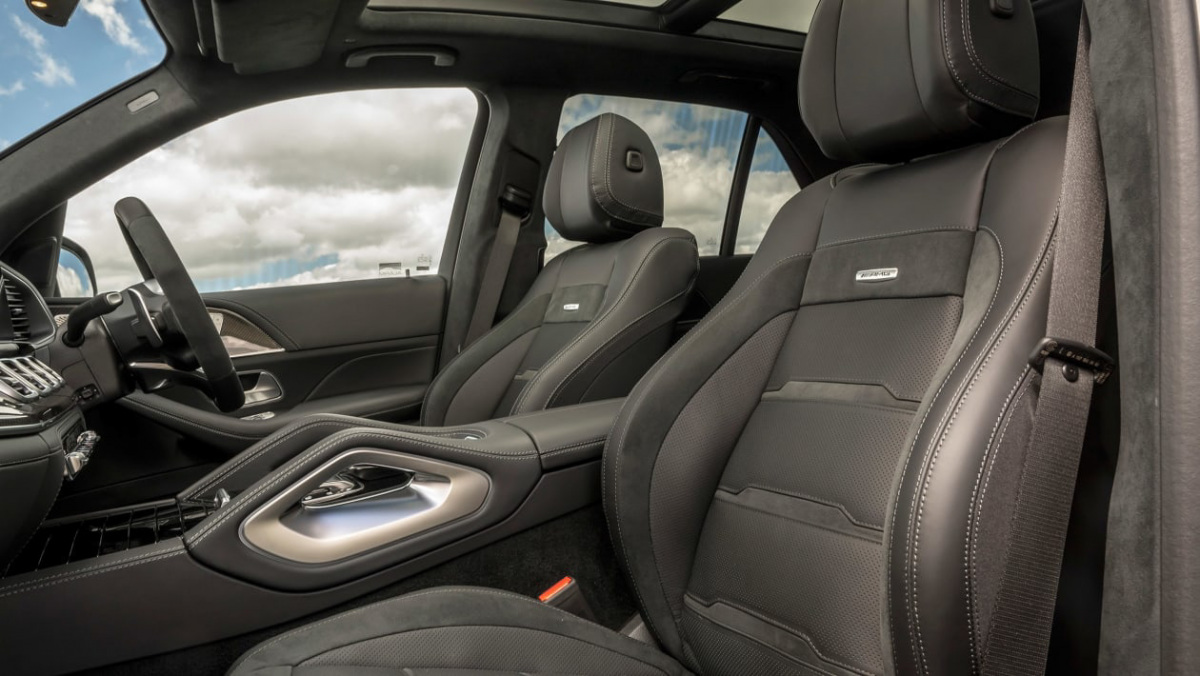 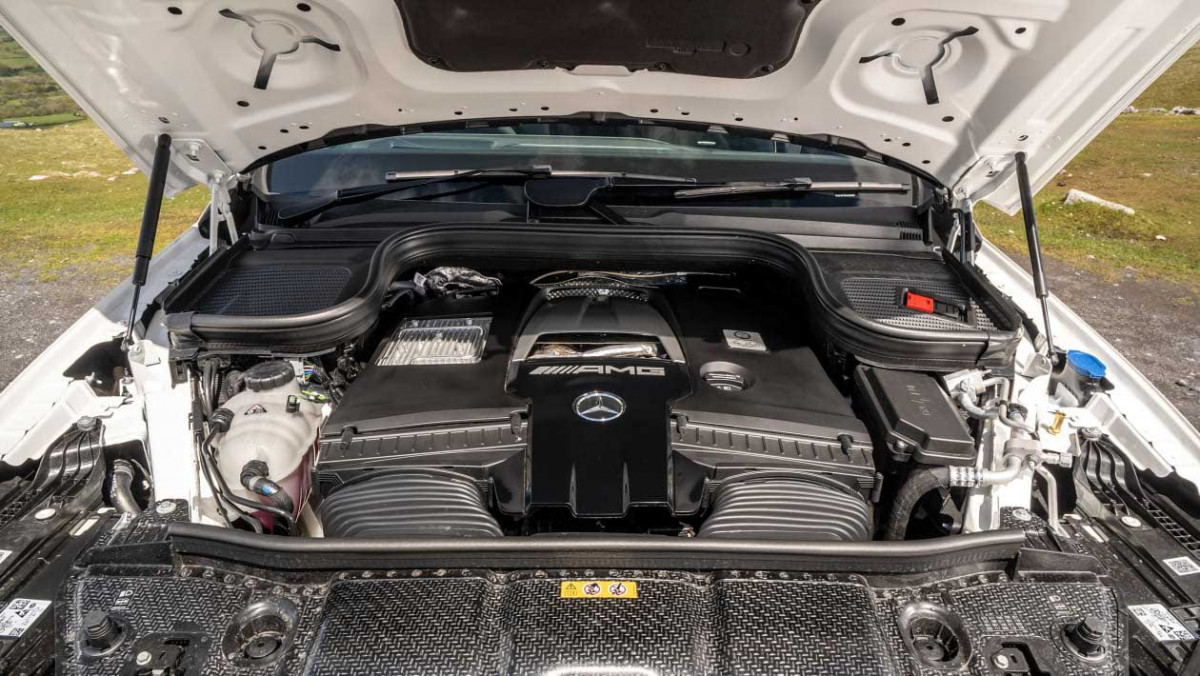 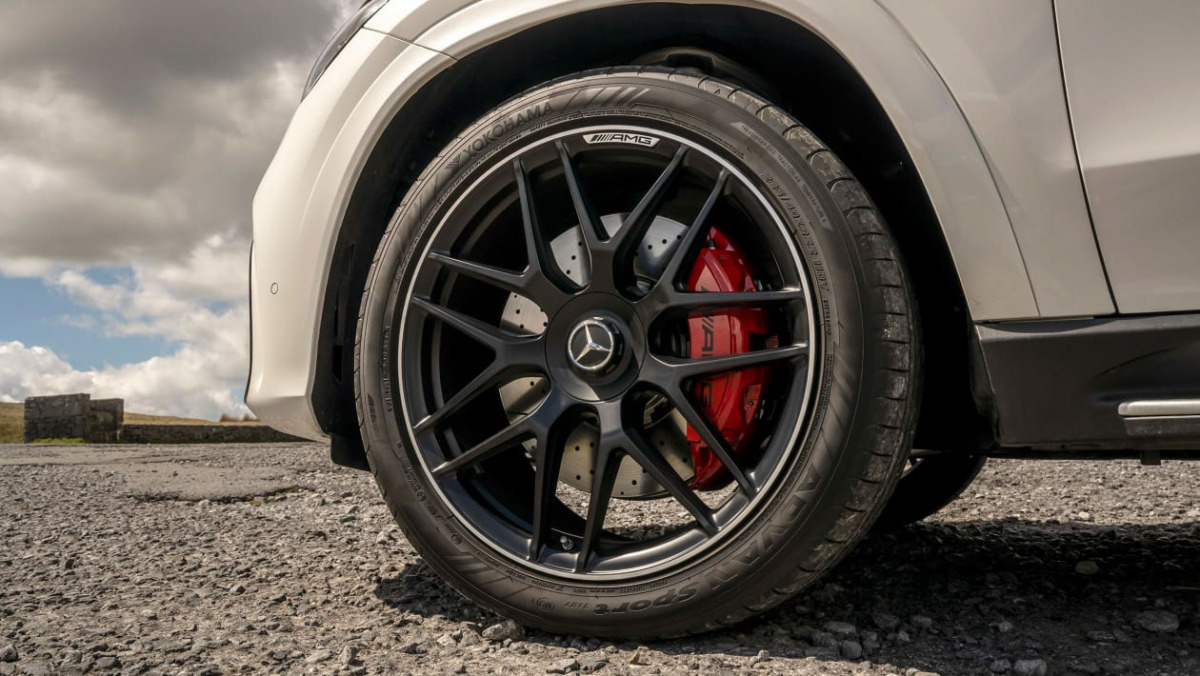 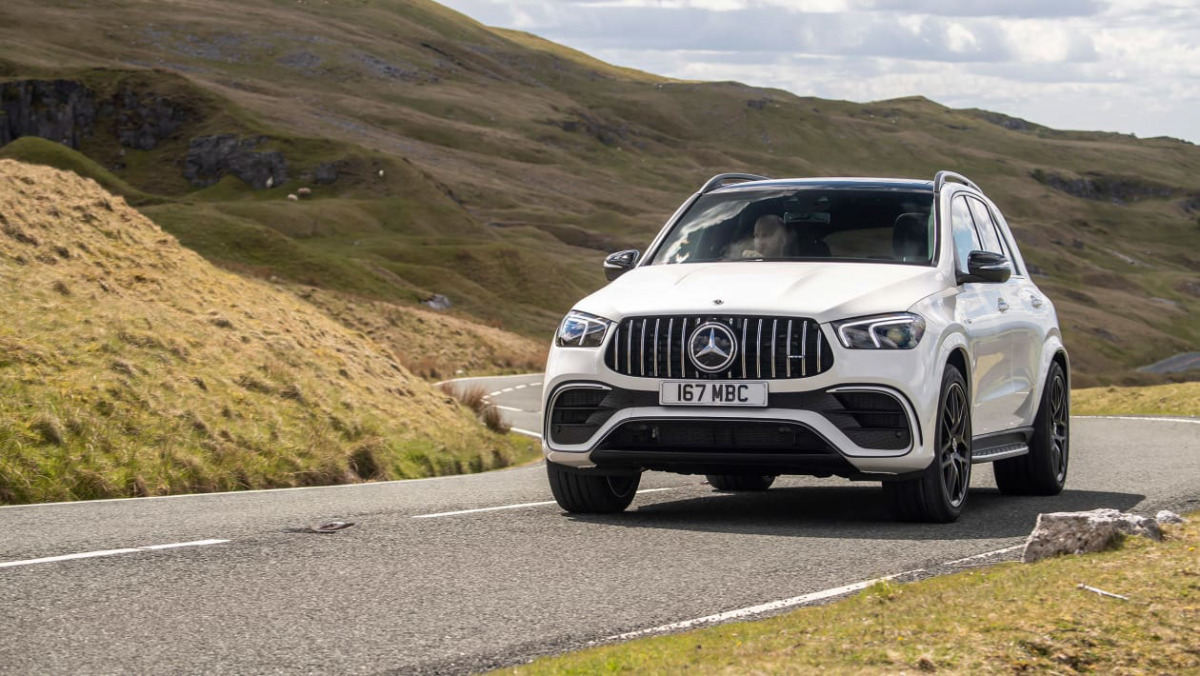 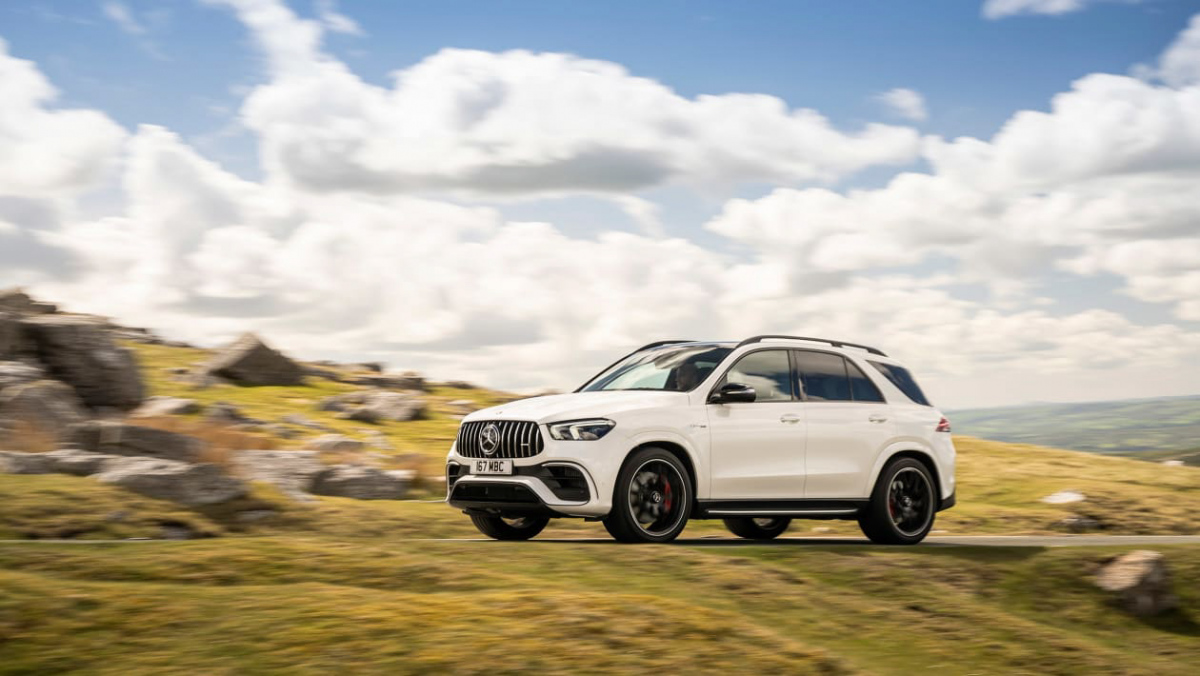 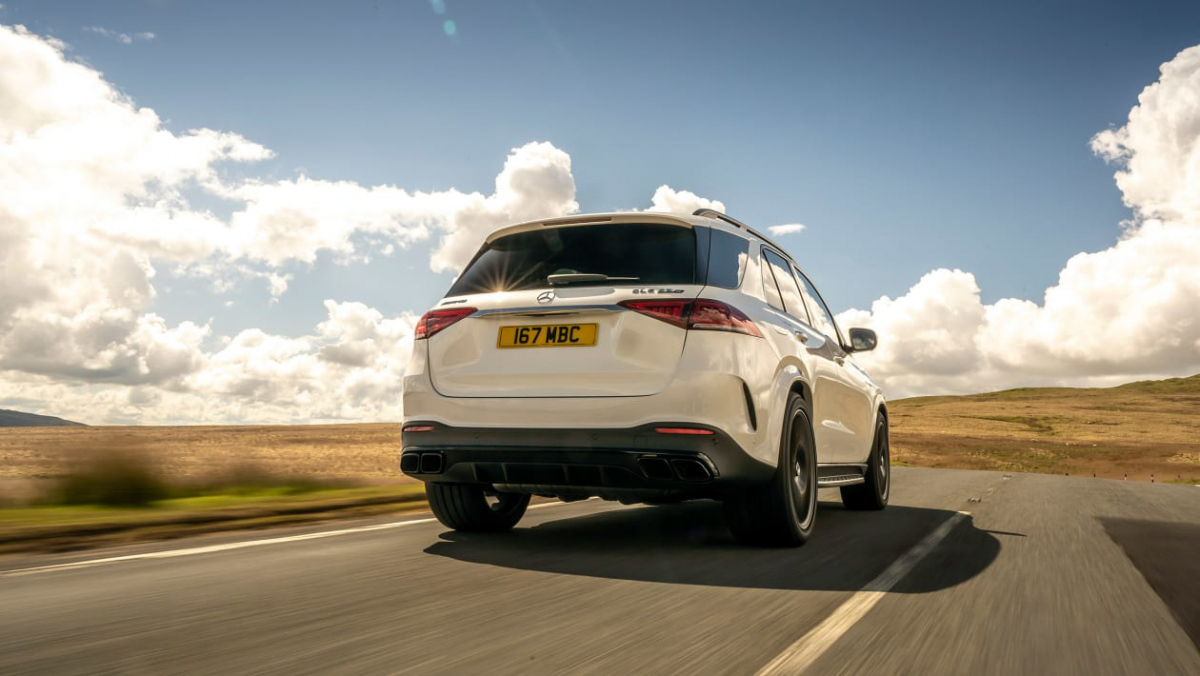 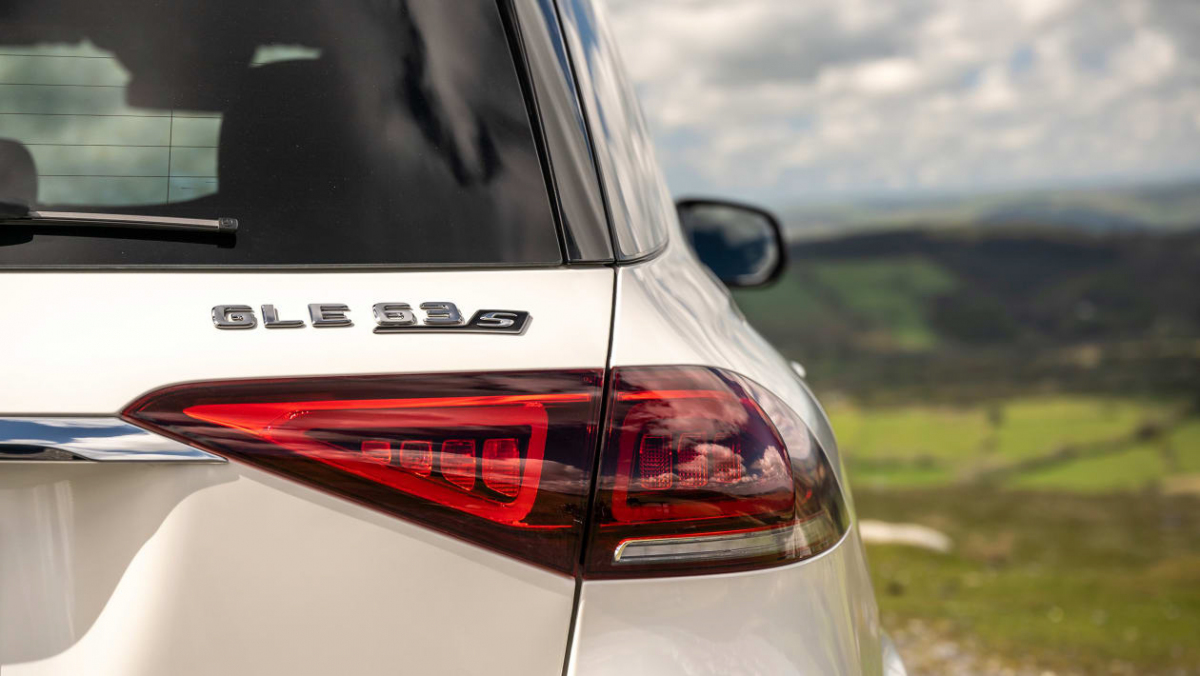 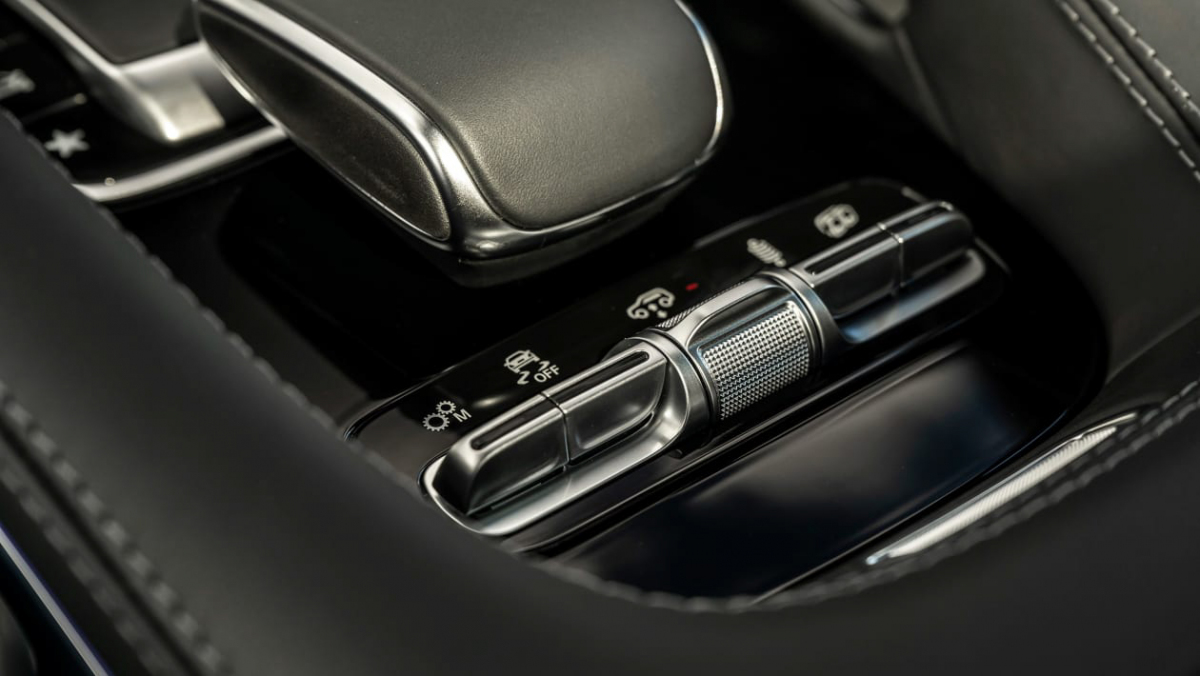 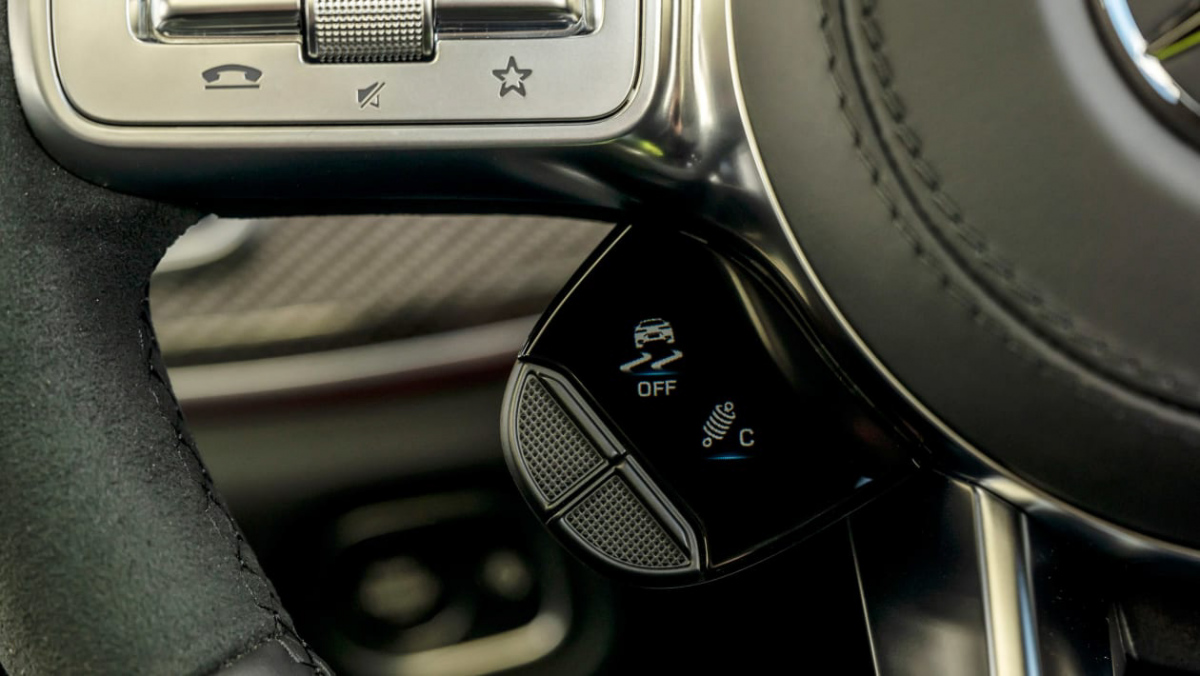 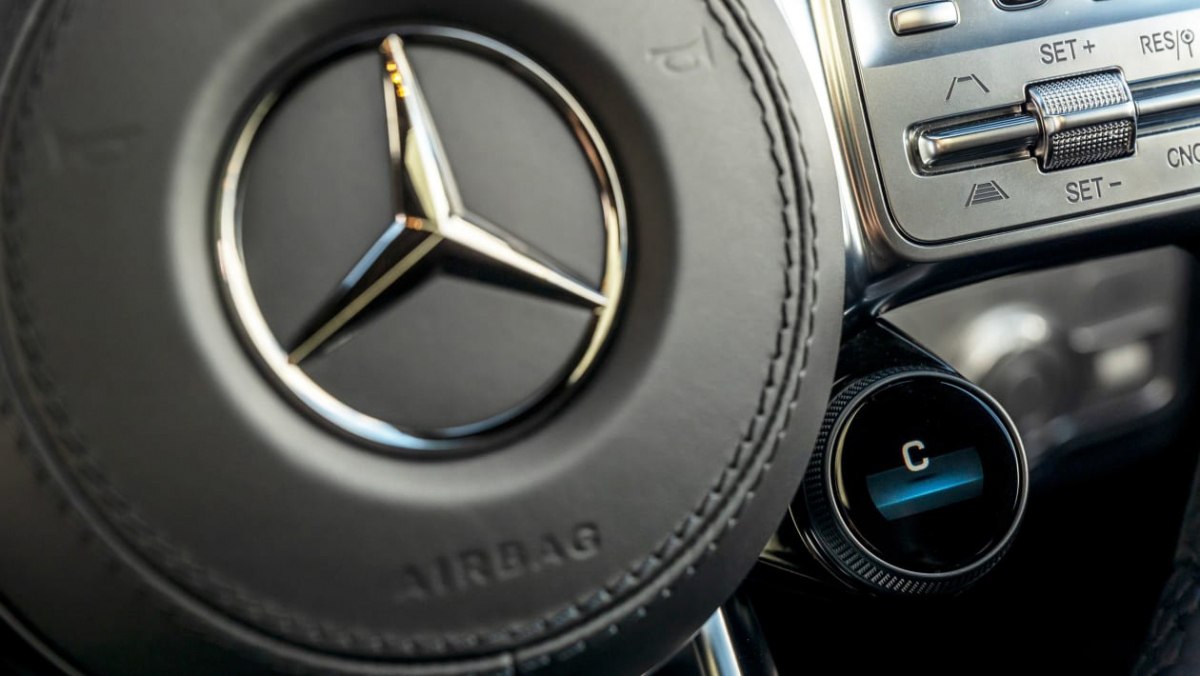 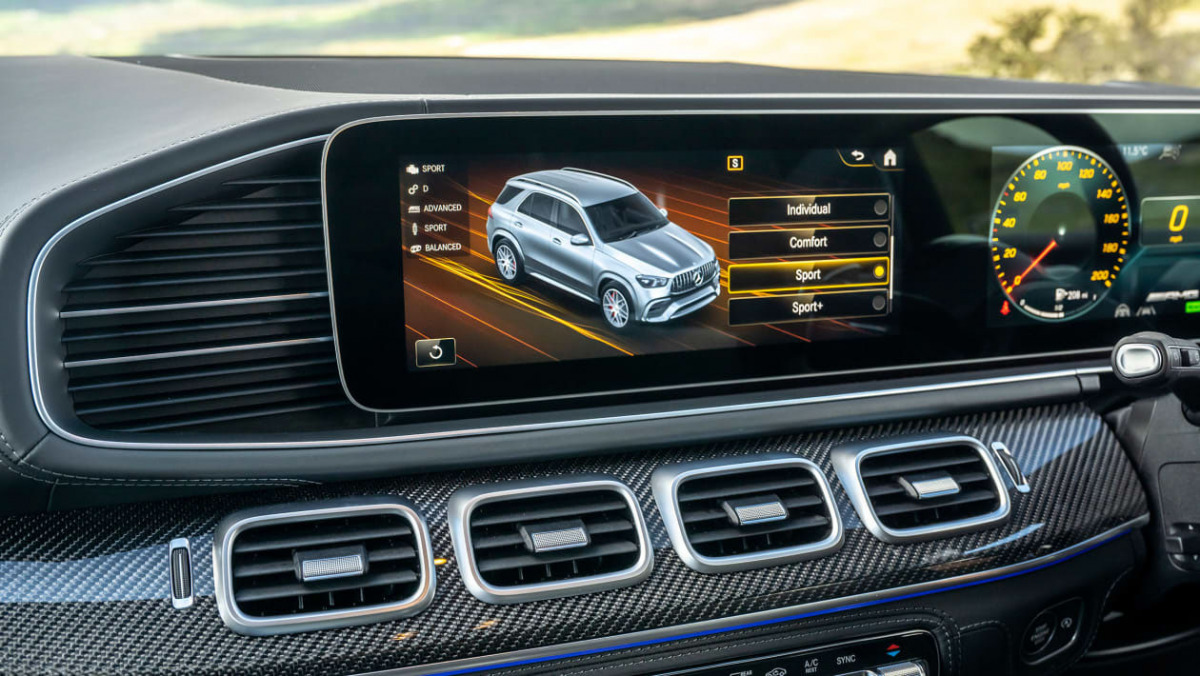 AMG has made some good progress over the last decade, transforming its range from being what were just a selection of Mercs with big engines to genuinely capable and rounded performance cars. But with such a spread of models that now feature those three iconic letters on the tailgate, it won’t be surprising to hear a few have yet to make the transition. The G63 is one – I’ll give that a pass considering its military-spec construction – but the same is true of Merc’s softer SUV: the GLE63 S.

The big family sized five-seat SUV has grown quite significantly over the years, but in its latest form is positively huge by European standards, towering higher and splaying wider than most of its direct competition. This flagship AMG isn’t any wider than a standard variant, but its 22-inch wheels and flared arch extensions, combined with the vast openings on the front bumper, do make the whole car look a little pear-shaped – a visual that does seem to reference the driving experience perhaps a little more literally than Mercedes might have imagined.

That’s because despite some titanic new hardware, the GLE doesn’t have the capability of defying its bulk to be a deftly balanced performance SUV like an Aston Martin DBX and more recently the Porsche Cayenne Turbo GT. Instead, the GLE63 S drives just like a normal GLE, only with less suspension give, quicker steering and a whole lot more power. And while that might not read like a criticism, the standard GLE is arguably one of the weaker German SUVs to drive, retaining the truck-like bulky feeling of its less technically sophisticated predecessors.

Out on the road, try to get into a flow with the GLE63 S and the transmission is the first thing that gets in the way. As is so common these days, it’ll fly straight up to the highest gear possible, which in this case is nine ratios up. This leaves the GLE’s V8 so far from the powerband that even with an altiplano-like torque curve, it feels sluggish and unresponsive until you really dig into the throttle. Dive into the drive mode menus – there are far too many – and you can liven things up a bit, but select Sport or Sport+ modes and the transmission then goes too far in the other direction, sitting in too low a gear for comfort and recalibrating the throttle mapping a little bit too aggressively, making you bound forward with all but the softest of pedal applications.

Take control for yourself via the paddles and the shifts themselves are only just responsive enough not to be annoying, but what it does unlock is finally good news. Like all of its applications, AMG’s M177 twin-turbocharged hot-V V8 is a pearl, and while it does sit underneath a few extra layers of exhaust and particulate filter than I’m used to, it still makes a great grumble that finely treads the line between menacing and obnoxious. Official performance figures are 0-100kph in 3.8sec, with a limited top speed of 281kph, making the GLE AMG’s fastest SUVs due to its near top-spec V8. Power and torque are rated at 604bhp and 627lb ft, not including the 22bhp and 184lb ft from the EQ Boost mild hybrid system. These figures are the same as in the E63 S, and while the GLE63 S never feels anything like as rapid as its far lighter and lower relative, this is still about as fast as you can go in a modern SUV – and trust us, you certainly don’t want to go much faster.

That’s because the chassis feels like it’s been forgotten about during the GLE63’s development. The air springs are firmer than on lesser GLEs, but the ride’s extra harshness doesn’t translate into control. Lateral movements are well suppressed (aided by Merc’s active anti-roll bars), but it doesn’t give you any real feedback or impression of load at each corner, so doesn’t instill any confidence as you push the car closer to its edge. This is something that Aston Martin, and more recently Porsche, have figured out how to portray on large and heavy SUVs, focusing not on the removal of body movement, but controlling it and then translating it into road feel.

The steering doesn’t help things, as the quick ratio – an increasingly common trademark of AMG’s recent products – just extrapolates this feeling of unwieldiness, and while most of the time those massive 22-inch front tyres will grip, there’s absolutely no feedback to tell you so. Find some space, play around with how far you can push both ends and you’ll discover there isn’t actually a chassis willing to support you, anyway. Power is sent rather disjointedly across both axles, often spilling out of an unloaded wheel. It’s far less rear-biased than systems in the Porsche, Aston or the flawed-but-fun BMW X5 M, and while I’m not expecting Lancer Evo-style four-wheel drifts (OK, maybe I am) the ability to use all that power to augment the chassis under load is something that I do look for in a high-performance car of any form, and it’s something the GLE can’t and won’t do.

The brakes are also nothing to write home about. They’re initially strong, and pedal feedback is fine, but with 2399kg to keep in check it can struggle to give you the confidence to keep pushing into bends. The Yokohama Advan Sport rubber is also an odd choice when appropriate adhesion is so important to the overall driving experience.

Instead, the GLE63 S’s comfort zone is on dead-flat motorways at speed, where the suspension settles, its impeccable refinement shines and you instead have time to start swearing at the infotainment when y

ou accidentally (inevitably) select one of its ‘Energizing’ programs that’ll pump the interior full of the weird noises, lights and smells (yes, smells) of a German lifestyle camp.

As high-performance SUVs go, the $160,160 GLE63 S is also one with something of an image problem, and in its sole regional spec is almost impossible to specify subtly. Black 22-inch wheels, red brake calipers and a colour palette as diverse as the RAC’s membership see to that.

Compared to its mainstream rival, the $145,244 Porsche Cayenne Turbo, it might have the numbers on paper, but it can’t compete on a twisting road. And while it’s a far more rounded and comfortable everyday companion than the raucous BMW X5 M Competition, it is nowhere near as dynamically capable.

On the next plane up are the more expensive $194,348 Porsche Cayenne Turbo GT and $221,000 Aston Martin DBX – two vehicles that have proved to us in recent years that finesse and engagement can be drilled into large SUVs. This AMG hasn’t yet got the memo.