The C63 S Coupé is as exuberant as you’d expect but backs up the charm with a steely control and fine balance. Huge fun. 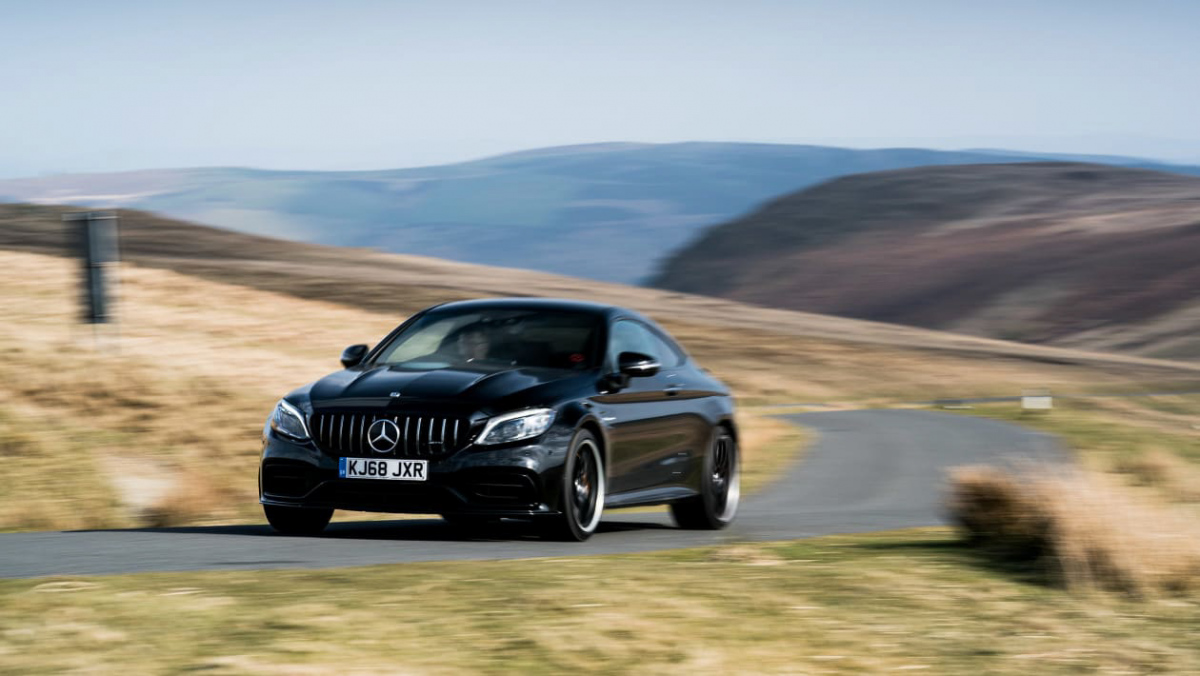 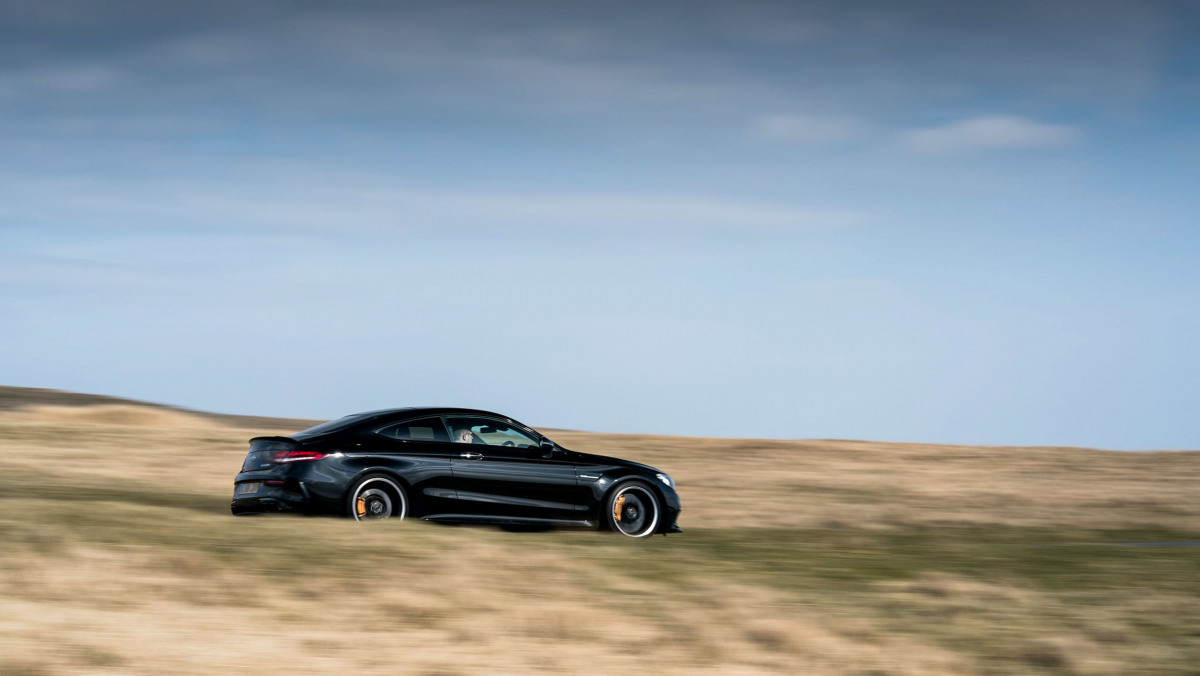 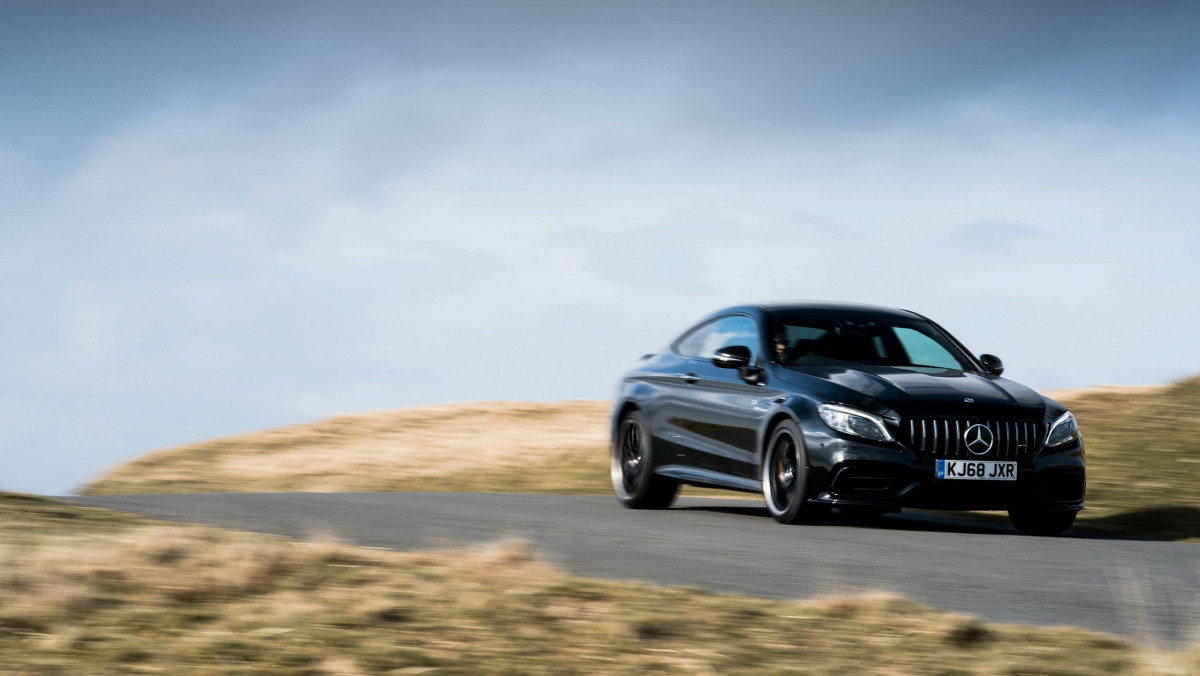 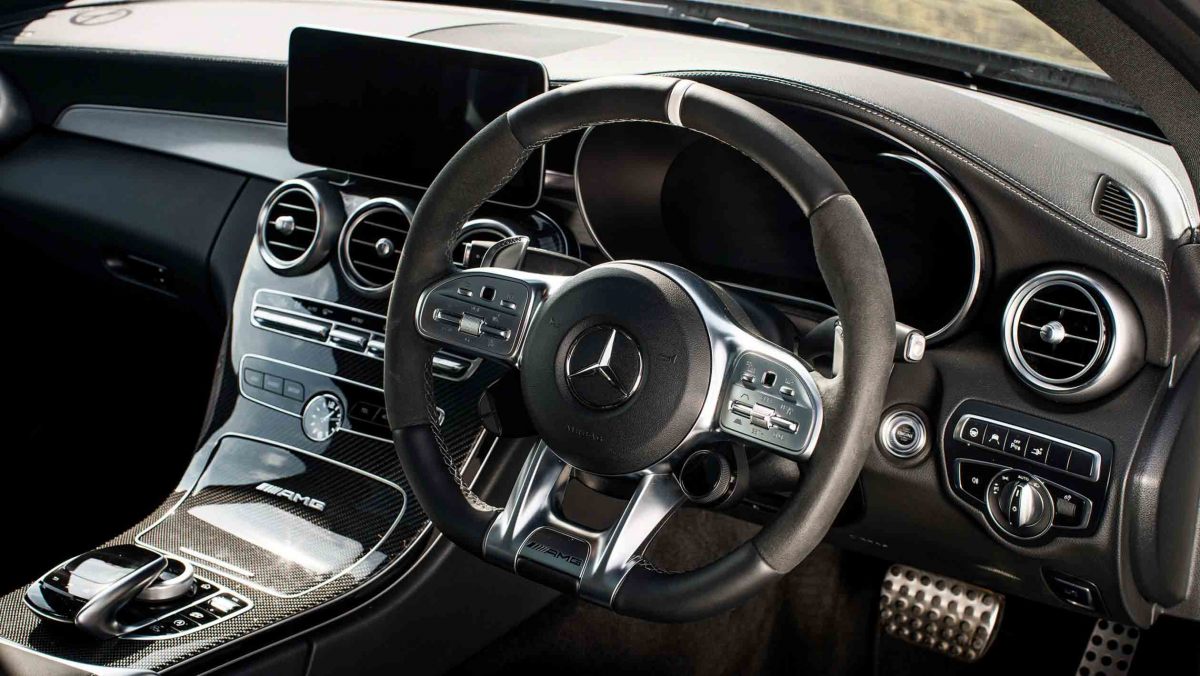 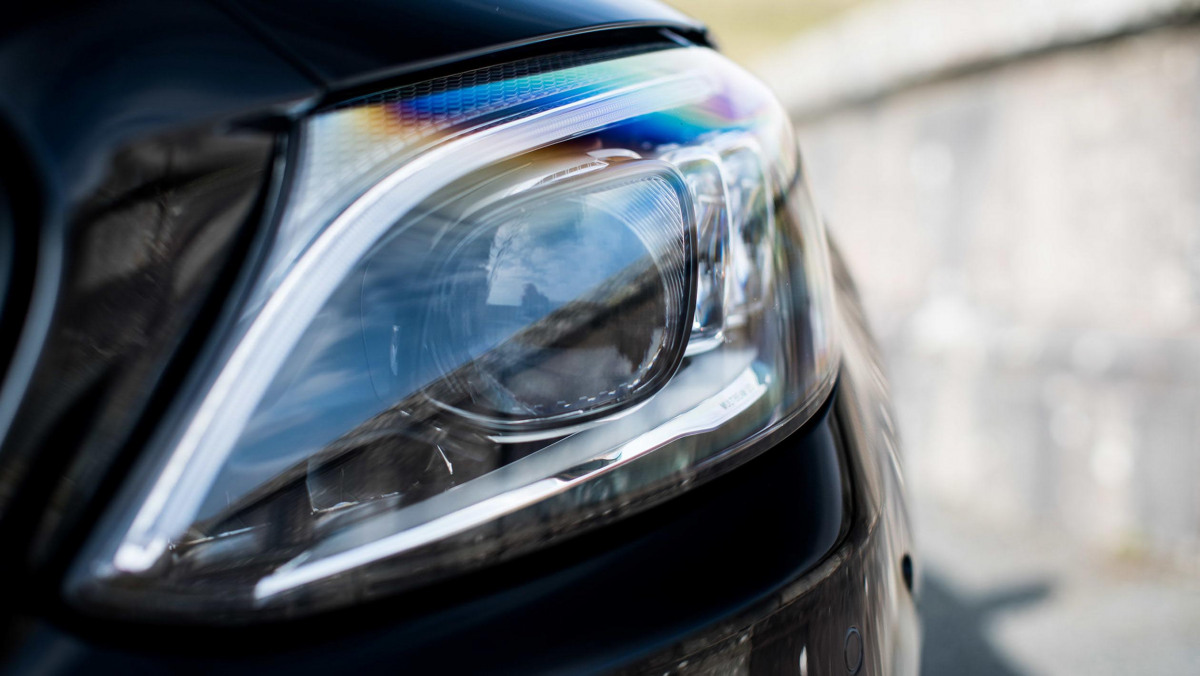 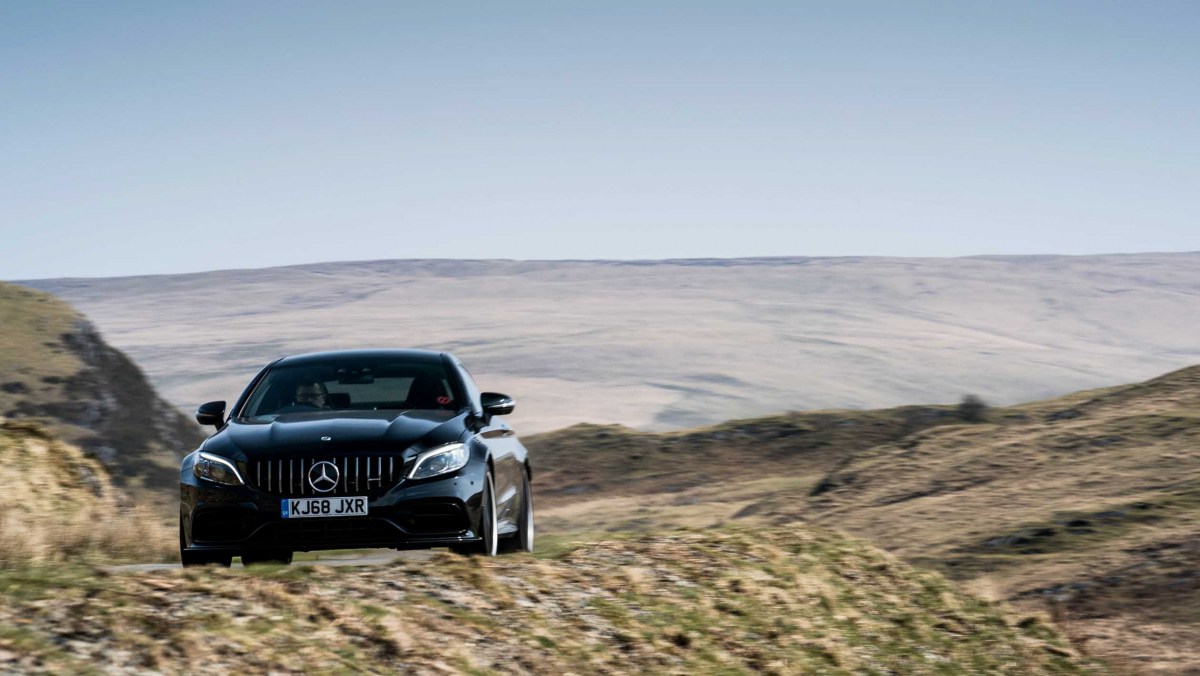 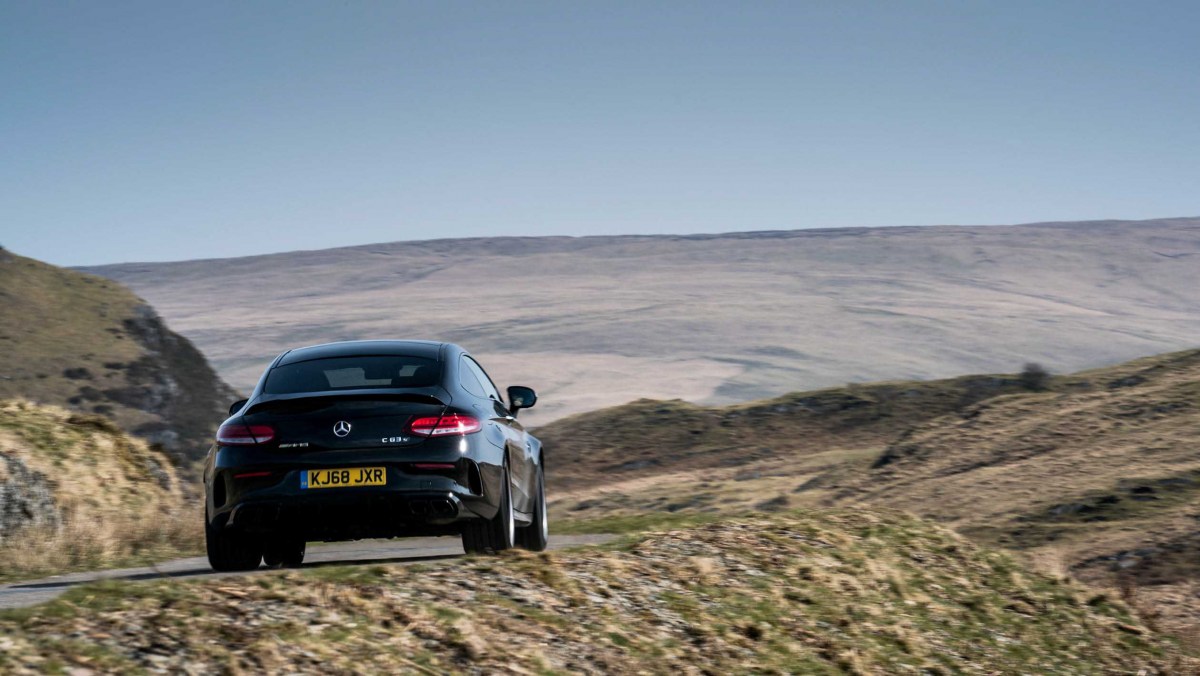 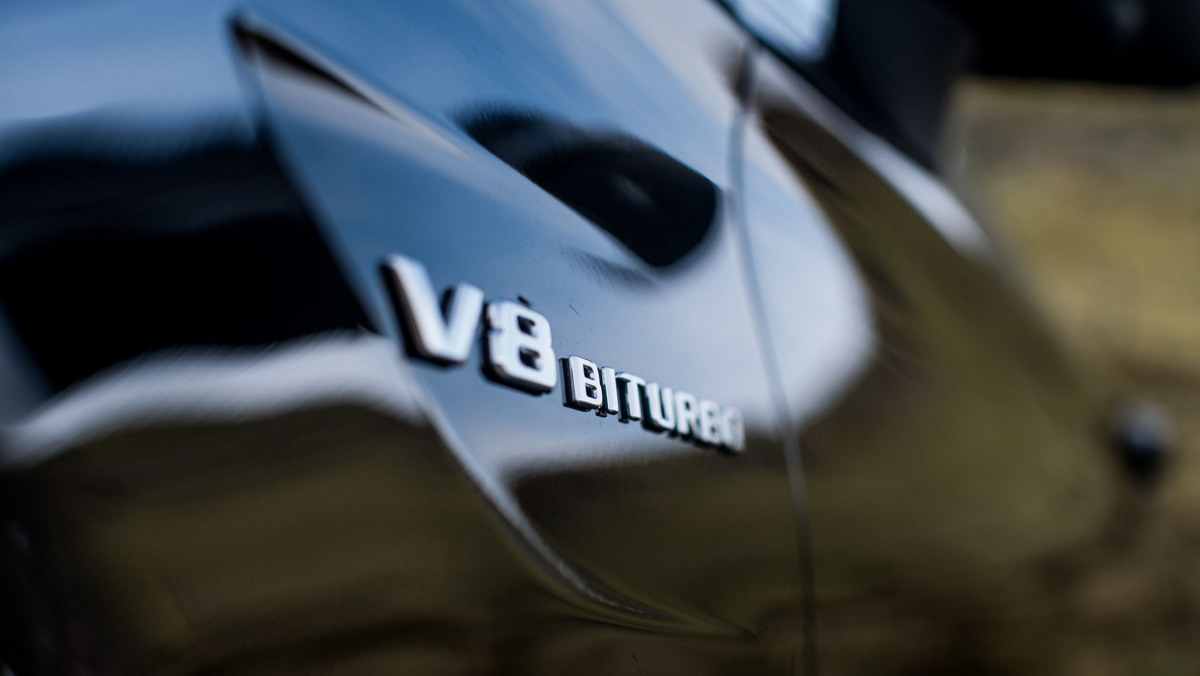 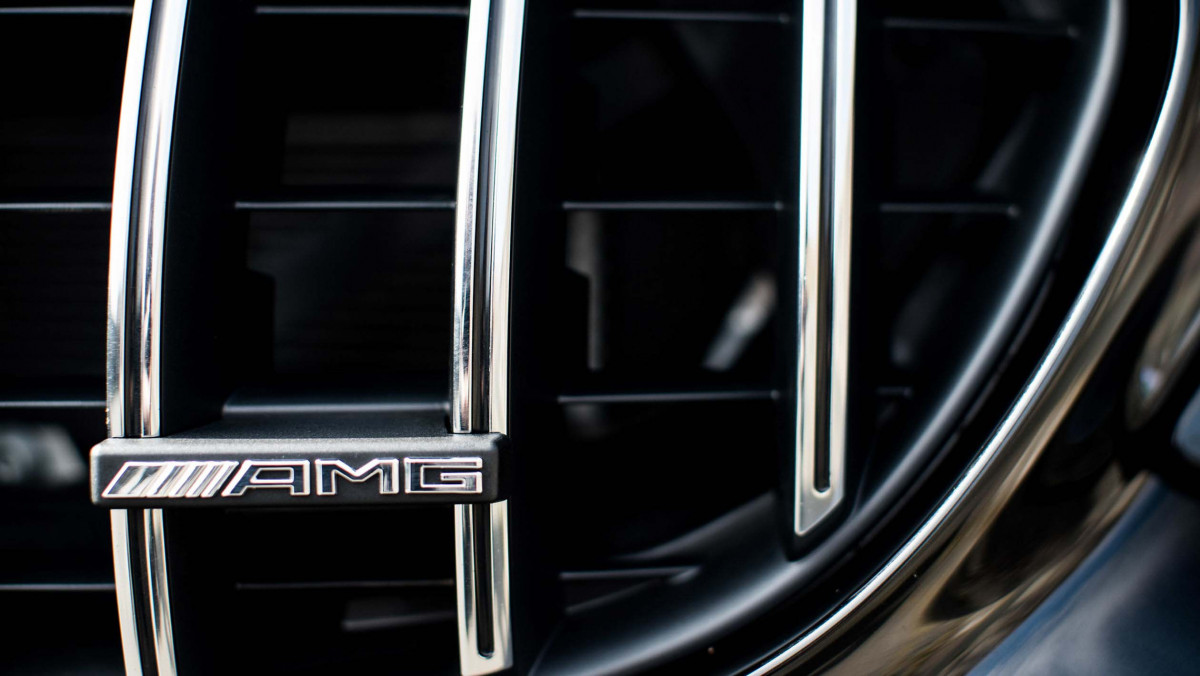 The Mercedes-AMG C63 S Coupé is, rather predictably, a C-Class coupé stuffed with the 4-litre twin turbocharged V8 that we already know (and love) from the C63 saloon and in dry sump form, from the AMG GT.

That might be a predictable formula but it’s no less enticing for that. With unique bodywork, a wider track and vaguely ludicrous amount of power it’s an AMG hotrod in the traditional sense, only promising more control, delicacy and a greater ability to exploit that mighty motor.

But this golden age of V8 revery is coming to an end with a likely move to a hybrised four-cylinder powertrain for its soon-to-come successor. The current C63 S is not just on borrowed time, but likely to become a future icon we never saw coming.

That power is transmitted to the rear wheels via the clever 7-speed SPEEDSHIFT MCT gearbox (essentially an automatic ‘box with the torque converter replaced by a wet clutch system) and an electronically controlled limited slip differential. With launch control enabled Mercedes-AMG claims it’ll hit 100kph in 3.9sec, and if you spec the ‘Driver’s package’ the top speed is limited to 290kph instead of the usual 219kph.

To ensure the engine doesn’t just dissolve the rear tyres and twist the C63 S like a Coke can requires plenty of work. The stuff you can see is the spectacularly muscular bodywork that stretches over wider tracks front and rear (73mm and 46mm respectively). Underneath there’s a heavily reinforced four-link suspension set-up and the multilink rear axle is unique to the Coupé (it’s 50mm wider than even the C63 saloon). It features a new axle carrier, strengthened wheel carriers, stiffer elastokinematics and offers more negative camber as well as much greater rigidity. Damping is adjustable with Comfort, Sport and Sport+ settings.

This level of detail continues through the braking system (featuring 390mm front discs), the standard dynamic engine mounts and the electronically controlled LSD. Even so the relatively modest 255-section front and 285/30 R19 tyres are definitely in for a serious workout with all that power and torque with which to contend.

All C63 S’s now pack standard 20-inch rears, with 285-section Michelin Pilot Super Sport tyres. The gearbox, like the chassis, offers Comfort, Sport and Sport+ modes. To make matters simpler the chassis, drivetrain, ESP and switchable sports exhaust can be controlled separately but also come in pre-set programmes – Comfort, Sport, Sport+ and Race. You can also create an Individual mode, allowing you to have softer dampers but the most aggressive engine mapping and ESP set to ‘Sport Handling’ mode, for example.

These modes are also now controllable via steering wheel-mounted switches, which do make accessing the driver options instant, even if they add yet more controls to the already packed AMG wheel.

For the most part it’s as spectacular as it looks and sounds. And boy does it sound good. That 4-litre V8 is an absolute monster of an engine and it really is the heart and soul of the car and the experience. It makes you feel good as soon as it explodes into life and whether enjoying the near-instant mid-range thump or holding out for the wild top-end delivery it’s full of character and just incredibly exciting. For sense of occasion it makes the straight-six of the M4 seem utterly joyless.

I suspected that the ‘box might not live up to the promise of the engine but the SPEEDSHIFT MCT is much-improved, delivering clean, precise upshifts and responsive downshifts. It’s maybe a fraction behind Porsche’s PDK system, but it’s close enough that it doesn’t matter 99-percent of the time. The drivetrain is very hard to pick holes in.

The chassis has to support 1725kg and deploy 503bhp, which is no easy task. However, the C63 S Coupé manages to feel more fluid and progressive than an M4 and friendlier, too. The ride – which we suspected might be a bit tough in the region– is actually absolutely fine. In fact in Comfort mode the body control feels a bit too lazy and I found myself using Sport or even Sport+ even on quite narrow, craggy roads. Do that and the C63 S feels lighter than the actual figures and also very well controlled.

More importantly it’s also a multi-faceted car. Drive it at a relaxed pace but deliberately provoke the chassis and it’s heroically adjustable on the throttle. Up your commitment levels and the C63 S finds composure and so long as you don’t shock the rear tyres with greedy stabs of power it’s hooked-up, well-balanced and finds a way to use all that power and torque pretty effectively. The more relaxed ESP setting is a real help here, subtly trimming away your excesses but allowing the car to still drive out of turns hard and poised on the cusp of oversteer. The thrill of getting the car to this point, that illicit soundtrack and the sheer acceleration of the thing makes for a pretty intoxicating combination.

The weak point dynamically is the steering. It’s very light initially and has zero feel for the first 30-degrees or so. It’s very disconcerting at first and you never truly get used to the way it feels vague and then suddenly weights up with more lock. The old C63 had lovely steering, so it’s a shame to find this system feels so much less natural.

There’s now only one fully-packed form of C63 S Night Edition variant available in the region at the moment, costing from a rather alarming $119,759. For that price though, there’s literally not a single option that’s able to be added to the specification, coming as standard with everything from a carbonfibre interior pack, AMG’s excellent bucket seats, a panoramic roof, high-spec hifi, Multibeam LED headlights – we could go on. The only thing missing are the carbon ceramic brakes, but the steels do have better feel, if not ultimate resistance to fade on-track.

BMW’s new M4 Competition starts at $107,663, but start getting creative with options to match the AMG’s specification and you’ll be breaching $127k all-in. The M4’s also a much more complete rival than its spiky, sometimes crude predecessor, with a notable uplift in composure and sophistication. It also now matches the AMG for performance from its straight-six, if not its aural quality.

The Audi RS5 takes a far more laid back approach, being more of a GT than outright performance coupe, while the Lexus RC-F is a highly entertaining and distinctive character, but ultimately lacks the performance and capability of the AMG and BMW. 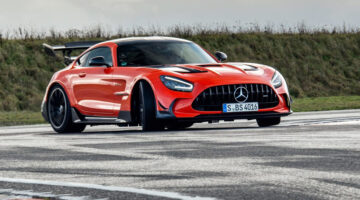