McLaren’s F1-successor is nearing production, so here’s all you need to know about the new Speedtail before we drive it next year. 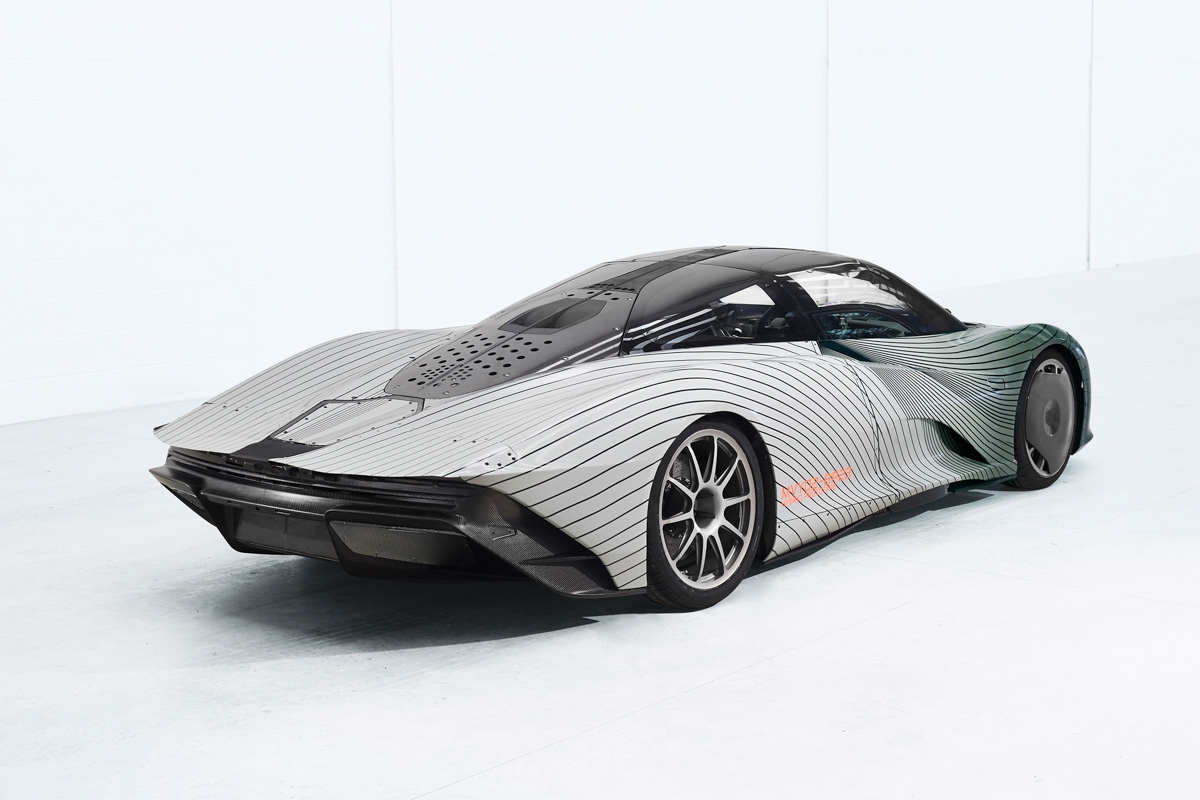 McLaren has now officially moved into the final stages of on-road testing before customer cars begin production in 2020. The Speedtail’s wild styling is one thing in pictures, but on the road, this latest Ultimate Series McLaren is promising to break the boundaries of road car design, just like the F1 did over 20 years before it. Here’s all you need to know about this quite spectacular hypercar.

The McLaren Speedtail: in detail

Created within McLaren’s Ultimate Series stable the Speedtail joins the Senna and will, before 2025, be accompanied by the replacement for the P1. McLaren calls the Speedtail a Hyper-GT and it will be the fastest McLaren road car the young company has built when the first of the 106 examples are delivered in 2020. Although, you’ll need to scan the classifieds if you fancy one because each one is spoken for.

The Speedtail’s performance is achieved through two means. The more obvious is its hybrid powertrain that features the 4-litre, twin-turbocharged V8 engine assisted by electric motors driven by a battery pack stored between the passenger cell and the engine. Drive is sent to the rear via McLaren’s seven-speed gearbox and the Speedtail will reach 300kph from a standstill in 12.8sec – 3.7sec quicker than a P1.

Brakes from the Senna and some very trick and bespoke Pirelli tyres for the 21-inch forged aluminium wheels are also part of the package, with the Italian firm working with McLaren on a compound and tyre construction that will provide the compliance and comfort expected of a GT capable of running at 402kph. Talking of maximum speed, Speedtail drivers will need to select Velocity mode to reach v-max.

The second, and essential, contributing factor to the Speedtail’s aim to travel quicker than any McLaren that has gone before is a teardrop design, and McLaren’s design director, Rob Melville, has stretched the boundaries of both McLaren’s design language and the techniques employed to achieve it.

Not only is the Speedtail’s body manufactured from carbonfibre, it’s also the thinnest carbon – and therefore the lightest – McLaren has worked with and every panel has been sculptured for aerodynamic efficiency. The rear section of bodywork is the largest single-piece carbon panel currently utilised on a road car and at the trailing edge there are a pair of patented ailerons. Hydraulically activated, they are formed from a flexible carbon and adjust to balance the airflow to provide precise levels of downforce and act as an air brake under deceleration. And the front carbon wheel covers? They’re static, fixed through the wheel directly to the hub, and reduce turbulence along the flanks of the car.

The front splitter, rear diffuser and side skirts are made from Thin-Ply Technology Carbon (TPTC), which comprises layers of carbon just 30-microns thick and positioned at 45 degree angles. The pieces are also infused with titanium which can be coloured prior to being placed within the weave.

Only four pieces of glass are used in the Speedtail; the windscreen which rolls up to form the roof, a single piece that integrates into the engine cover and the windows in the doors, which are single pieces that also form part of the roof structure and are the reason why McLaren has been able to do away with the door frames and its traditional roof bars.

At over 5 metres long the Speedtail is close to a long-wheelbase S–class in length and has a wheelbase 50mm longer than that of a 720S. The core of the car is a new MonoCell carbon tub that bares little resemblance to that used to underpin regular McLaren models. There’s a lower sill, no doorframes and two of the three seats are also integrated within it. Yes, as per the F1, the Speedtail is a three-seat car with a central driving position.

Talking of interiors, the centrally positioned driver is faced by five screens: the central display is for the core instruments, the two flanking it display the infotainment, satnav, trip computer and everything else a modern car needs to tell you. Above these two outer screens is another pair of smaller screens for the digital mirror system; you did spot that there were no wing mirrors, didn’t you?

Using technology developed in sportscar racing there are two aerodynamic pods, each fitted with a wide-angle camera. The pods are positioned within the doors and slide out when the car is moving. When the driver selects Velocity mode they retract to reduce drag along the side of the car. Velocity mode also lowers the Speedtail by 35mm on its active suspension system.

‘Customers have been asking us for a new F1 since McLaren Automotive was born eight years ago,’ says Andy Palmer, vehicle line director for Ultimate Series.  ‘The Speedtail is the car they have been waiting for. When we showed it to them in early October the reaction suggested we had delivered what they had been expecting.’

With development work now under way – with the first two 720S mules, one of which is called Albert in homage to one of the original Ultima-based F1 mules – McLaren has just over 12 months to build its fastest-ever road car.