McLaren 650S Le Mans celebrates 20 years since the F1 GTR conquered La Sarthe. And only 50 people worldwide will get their hands on one. 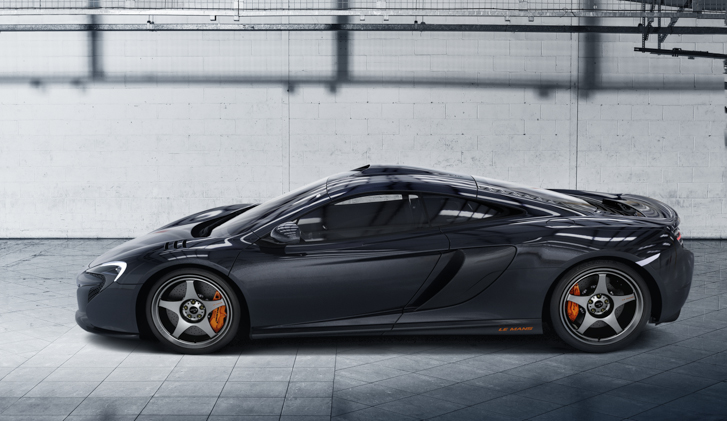 McLaren has unveiled a limited edition 650S to commemorate the legendary F1 GTR’s victory at the 1995 24 Hours of Le Mans. The #59 Kokusai Kaihatsu Racing-run F1 GTR – piloted by Yannick Dalmas, JJ Lehto and Masanori Sekiya was one of four McLarens in the top five, with all five McLarens entered for the endurance classic going the distance. Only the second-placed Courage Competition C34 spoiled a perfect run for Woking.

Two decades down the line, McLaren Special Operations has commissioned 50 units of the limited edition 650S Le Mans. The new model has been designed in collaboration with Peter Stevens, designer of the original F1.

McLaren’s established 3.8-litre twin turbo V8 stays intact, as does the 641bhp, 500lb ft and 2.9-second 0-100kph performance figures. Modifications are primarily cosmetic, the most notable of which is the roof-mounted F1-esque ‘snorkel’ that channels air to the mid-mounted 3799cc powerplant. Special edition Le Mans lightweight alloys – similar in design to the F1’s original wheels – are shod with Pirelli P Zero Corsa tyres (19in at the front, 20in at the rear) while the carbon ceramic brakes now feature McLaren Orange brake callipers. As well as visible carbon fibre front splitter and rear bumper, the MSO designed 650S also features extended side blades, a tweaked rear diffuser, and a metallic Sarthe Grey paint finish. Expect ‘Le Mans’ logos in McLaren Orange on the headrests.