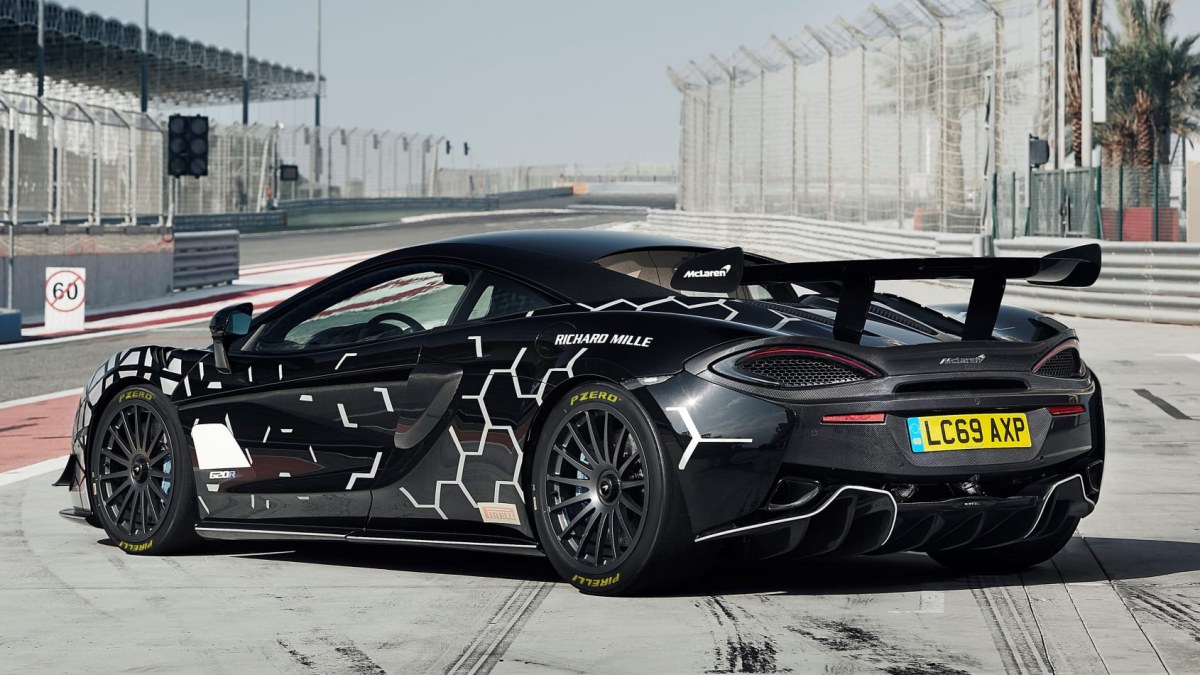 If you thought the McLaren 600LT was the ultimate in Sports Series McLarens, think again because the Woking based manufacturer has announced the 620R – a $330,000, limited run road car based on its 570S GT4 racer.

Production of the 620R is scheduled to begin in the New Year with each of the 350 examples hand built at the McLaren Technology Centre. Using the firm’s MonoCell II tub the 620R has a claimed dry weight of 1282kg (seriously McLaren, stop with this dry weight nonsense you’re more intelligent than this) and thanks to some ECU and turbocharger tweaking the 3.8-litre twin-turbocharged V8 now produces 610bhp and 457lb ft (up 13bhp on the 2018 eCOTY winning 600LT). Naturally it will sprint to 100kph in under three-seconds (what car doesn’t these days?) and reach 322kph, while stiffer engine mounts for the V8 motor and seven-speed seamless shift transmission have also been fitted.

Although its performance figures might be on a par with the brilliant 600LT, the 620R’s ace cards lie in its motorsport derived aerodynamics and more focussed chassis. In terms of the former, this includes a three-way adjustable rear wing that sits 32cm in height, the largest front splitter McLaren could legally fit to a road car and dive planes that account for 30kg of the 60kg total of additional front downforce the car can generate at 250km/h. Overall an additional 185kg of downforce is generated at 241kph. There’s also a new carbon fibre bonnet with air intakes that not only improve air flow but also contribute to that downforce figure.

In terms of chassis enhancements the 620R features two-way manually adjustable dampers with 32 clicks of adjustment, stiffer and shorter springs and anti-roll bars, a wider track and the rubber top mounts have been replaced with stainless steel items. Pirelli’s Trofeo R tyre is standard, but in what McLaren claims is a first for a road car with 19in front and 20in rear wheels – centre locks, naturally – a full slick tyre can also be fitted for track work with no mechanical changes required.

McLaren has further developed its ceramic brake system for the 620R with 390mm front discs and 380mm rotors for the rear all clamped by aluminium callipers.

Inside, the 620R its as parred back and stripped to the bone as you’d expect from a car that its maker claims is a genuine race car for the road. No carpet, glovebox, air-conditioning, IRIS system (there’s quite a few McLaren customers who wish their car’s IRIS system had been left on the shelf…) or radio, although the last of these can be specified as an option. A seven-inch screen remains in the centre console to run the track telemetry system. Carbon fibre bucket seats and a six-point harness are also standard, there’s also a 12 o’clock marker on top of the steering wheel and fabric door pulls.

Every 620R will be individually numbered rather than being merely ‘one of 350’ and three standard colours are available: McLaren Orange, Silica white or Onyx black, with race numbers and decal packs also available for those who like to publicly mark themselves out as people to avoid; if you want a car with race numbers, buy a race car. If you want the most extreme McLaren road car this side of a Senna then the 620R looks like the car for you.