McLaren pits its 12C Spider, with 2008 Drifting World Champion Rhys Millen at the wheel, against professional snowboarder Chanelle Sladics in a race. Sort of. 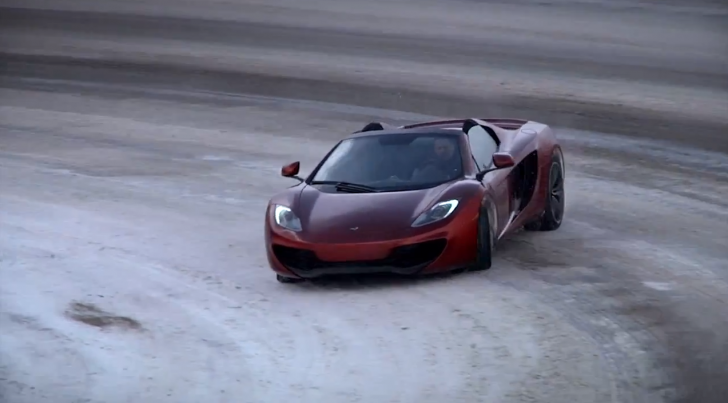 What’s the best way to test the performance and handling capabilities of the McLaren 12C Spider without resorting to smoking standing starts and quarter mile burnouts, the likes of which we’ve seen so many times before?

How about putting Pikes Peak International Hillclimb record holder – and 2008 Drifting World Champion – Rhys Millen behind the wheel and charging the aforementioned 3.6-litre twin turbo V8 soft-top beast down a ski slope? Did we forget to mention that on the world’s highest mountain pass (the unfortunately named Loveland) that he’d be in a race against professional snowboarder Chanelle Sladics?

Of course you only get to see them together in the same shot twice.