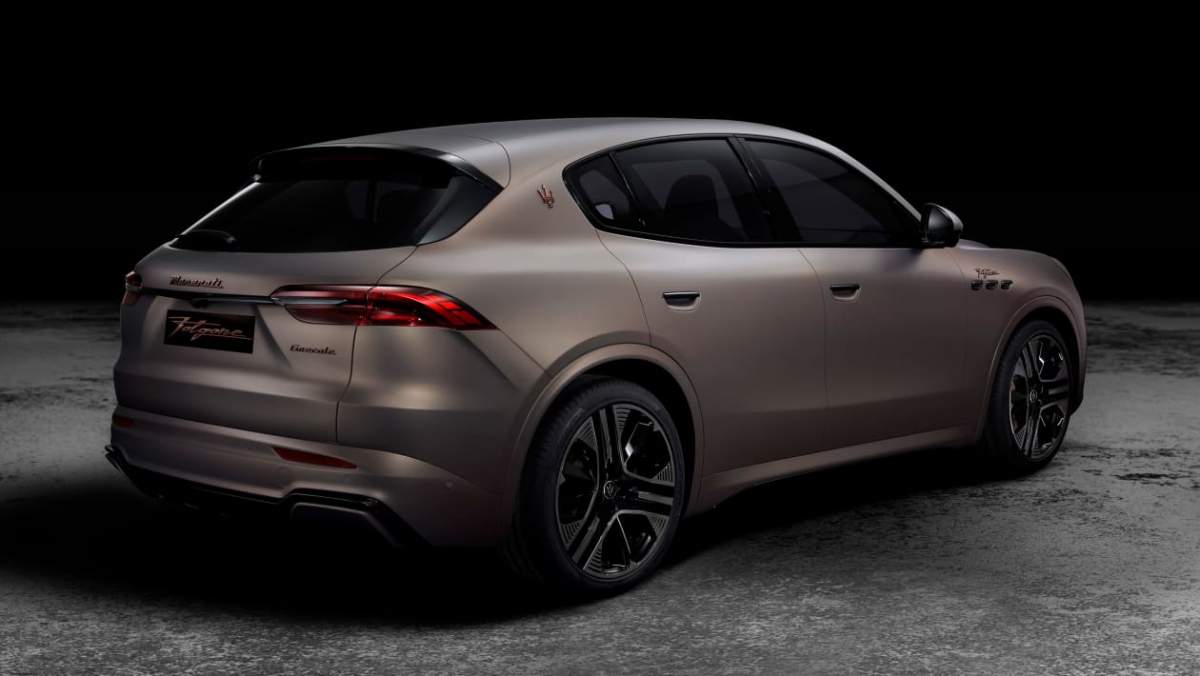 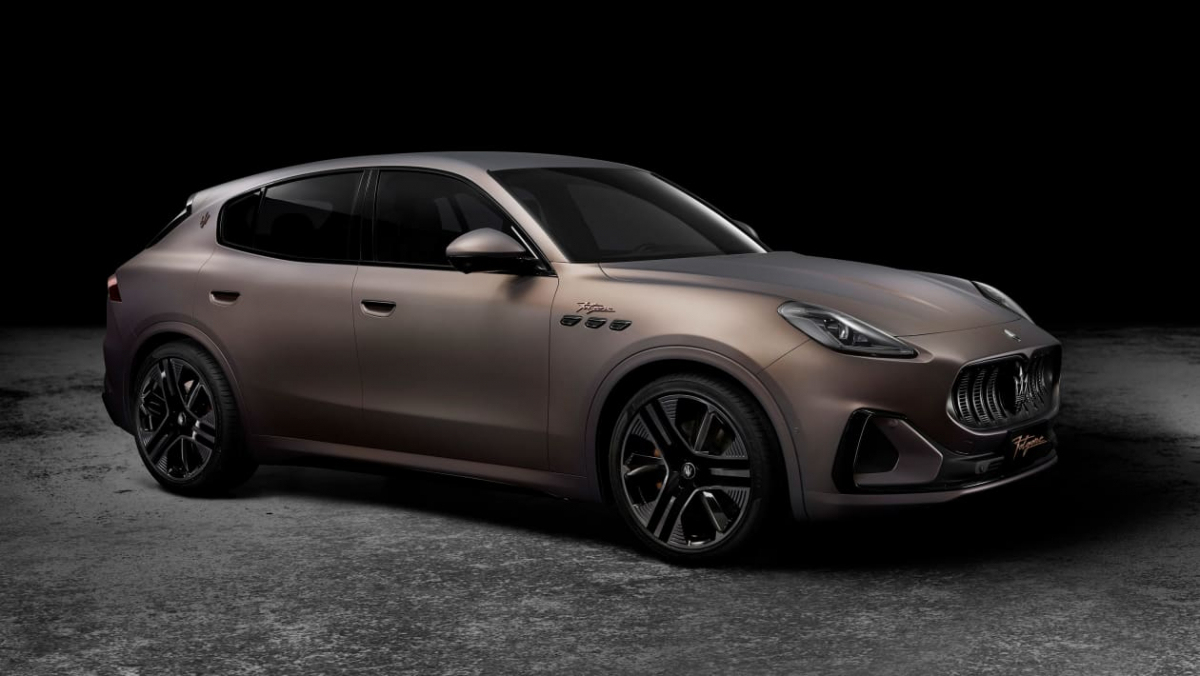 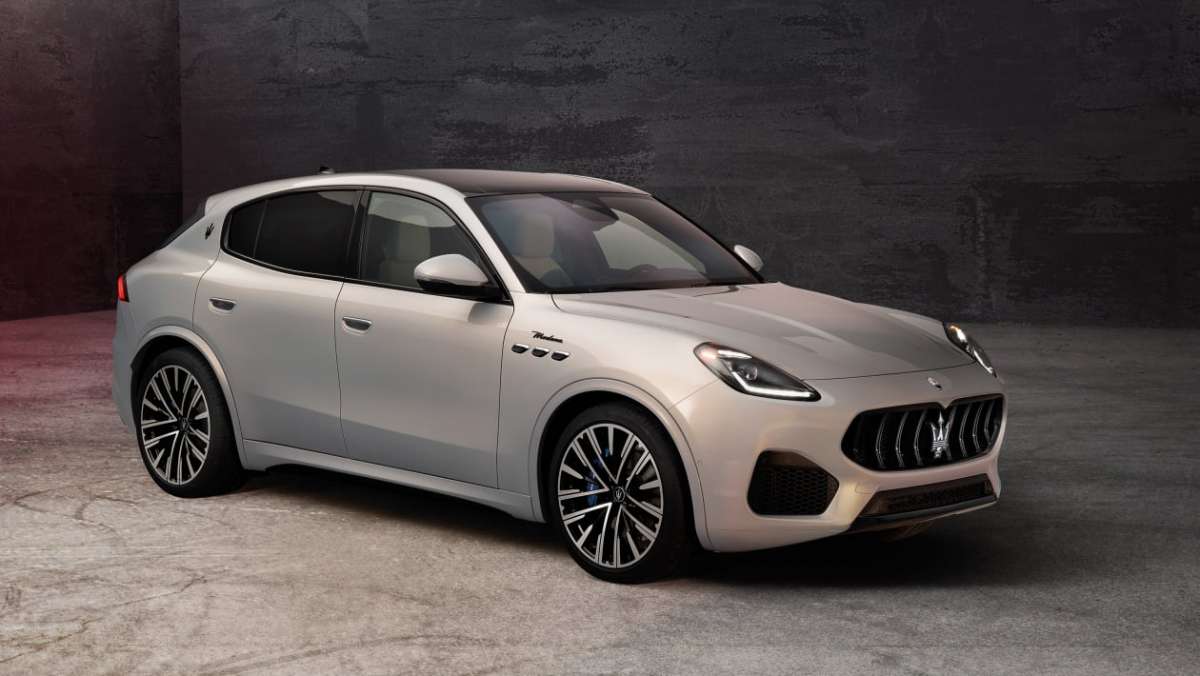 It’s seen a number of supply-related setbacks along its development journey, but Maserati’s next new era is finally set to receive the boost it needs with the launch of the midsize Grecale SUV. Following the excellent MC20 supercar, and preceding the next GranTurismo, the new model has been launched as a rival to the Porsche Macan and Alfa Romeo Stelvio. Pricing is still to be confirmed, but production is set to commence at the marque’s Cassino plant in the second half of 2022.

Three trim levels will be available at launch, starting with a 2-litre four-cylinder turbo petrol engine assisted by a mild-hybrid system standard on the GT and Modena variants, producing 296bhp and 325bhp respectively. The model we’re most interested in is the range-topping Trofeo, utilising an adaptation of the MC20’s 3-litre twin-turbocharged 90-degree Nettuno V6 that delivers an output of 523bhp and 457lb ft of torque. Performance of the performance flagship is very impressive: 0-100kph comes in a claimed 3.8sec with top speed at 285kph – near-identical figures to Alfa Romeo’s Stelvio Quadrifoglio.

Though it now features a wet sump as opposed to dry, the Nettuno V6 retains the MC20’s F1-derived Twin Combustion technology improving both efficiency and output. Maserati’s new Vehicle Dynamic Control Module, a successor to the Chassis Domain Control Module used in the MC20, also makes its debut in the Grecale – this system is said to be predictive as opposed to reactive, improving dynamics and bringing more purpose to its five drive modes.

The Grecale’s grille design takes clear inspiration from Maserati’s contemporary range including the MC20 supercar, while also paying homage to the iconic Giugiaro-designed 3200GT at the rear with its boomerang tail lights. Though the GT and Modena variants are almost identical in appearance, the Trofeo does receive new side skirts, more aggressive bumpers, black window trim and a 34mm wider track in track. Uprated 360mm, six-piston front and 350mm four-piston rear brakes are standard for the Trofeo, as is air suspension and more substantial 255-section front, 295-section rear tyres.

The Trofeo’s extra performance does come with a weight penalty, with a 150kg penalty over the four-cylinder mild hybrid variants. Total EU weight stands at 2027kg, almost 200kg more than the Stelvio Quadrifoglio.

Inside, there’s a heavy focus on digital interfaces, with no less than four screens that include a digital driver’s display, a pair of 12.3-inch and 8.8-inch touchscreens that float on their own glass panel and a new digital interpretation of the iconic Maserati clock, which itself is now an small configurable display that sits atop the dash. The main interfaces run an integrated Android Auto software system that’s debuted on multiple Stellantis models like the Fiat 500E and MC20, which give drivers the ability to configure the system to their liking.

Maserati has focused highly on interior presentation and detailing, including elements like laser-cut speaker grilles that highlight a Sonus faber sound system, available with up to 21 speakers and 1285w of output. There’s also ambient lighting behind the main infotainment display, which highlight the optional timber or carbonfibre trim inserts. In typical Maserati fashion, theres a range of premium leather finishes are available throughout the range. Unique to the Trofeo is three-dimensional carbonfibre trim and perforated leather with contrast stitching, alongside carbonfibre exterior elements and 21-inch wheels.

Also scheduled to join the lineup this time next year is the all-electric Grecale Folgore, set to be Maserati’s first, but certainly not last EV. Specific powertrain details are still to be confirmed, but Maserati has announced that it will utilise a 105kWh battery pack and a 400V electrical system capable of delivering up to 590lb ft of torque.

The Maserati Grecale will be available from the second half of 2022 when production will begin at the marque’s Cassino plant in Italy. 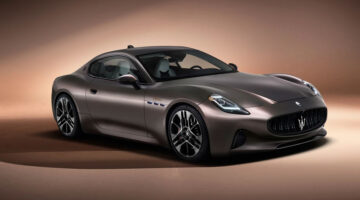