With the Exige S Roadster things are a little more civilized, even though its aggressive lines and larger dimensions give a clear indication of performance. Grilles and scoops align every panel whilst the wider rear track hints at both unparalleled road stability and the beating heart that lies within. Nestling finger-tight against the central bulkhead is a quad camshaft 3.5-litre V6 – an Eaton TVS supercharger the icing on the cake – that puts out 345bhp, more than double that of the 143bhp Elise. It’s a mouth-watering prospect in a sports car that weighs just 1166kg, and you have to go back to the Espirit V8 to find a more serious Lotus performance model for the road. With 0-100kph taken care of in a flat four seconds (and 0-160kph in just 7.9 seconds), electric acceleration is the Exige’s trump card. No matter standing start or rolling in any gear, the Exige just shoots forward and you’re unlikely to tire of the supercharged kick under every gear change.

The Exige V6 though is no one trick dragster. When it comes to the corners, Lotus wizards have tuned the suspension, steering and brake response to match the straight-line speed perfectly. If anything, the 2014 Exige has even better damping control than the Elise, whilst the wider track and longer wheelbase gives greater composure through high-speed corners.

Contrary to the cave-like Elise, Lotus took the trouble to trim the Exige’s interior. Our test model for instance features cruise control, extended leather trim, quilted seats and a radio. There’s even a cup holder. Unique to the GGC version, a dual air conditioning unit is fitted, with lashings of insulation to keep the driver cool when the road ahead gets hot. Such luxuries conflict with Chapman’s strict ‘add lightness’ philosophy but that’s progress I suppose. 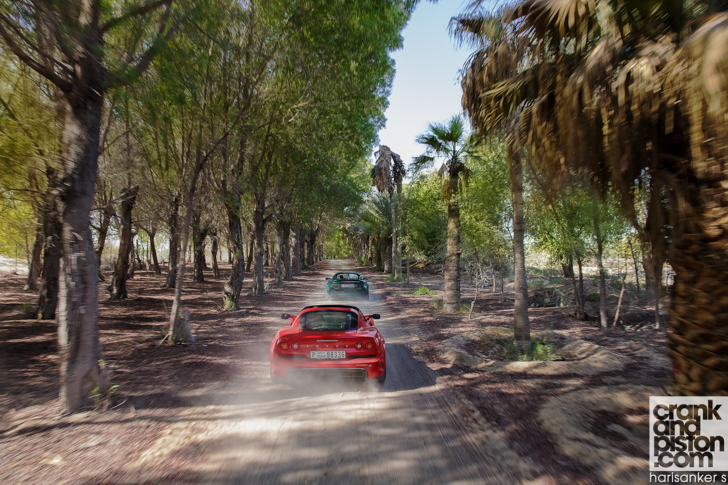 Don’t get fooled into thinking the Exige could play a Grand Touring role though. The trimmed interior is simply a facade, underneath which there’s a hardcore sports car that straddles the line between road and track: only the committed would use an Exige everyday, since the cramped cabin and tricky entry with the roof down could put off drivers above average height. No, the new Roadster is for people where driving is paramount, not posing. They want to open the door, climb-in, and feel hard-wired to the cars controls. Such an intense experience is perhaps best savoured for epic weekend drives to the mountains. Equally the Exige is refined enough to drive a few hours to your favoured race circuit, pound a few laps, then head home buzzing but unruffled. Few track refugees get near that driver combination. Then there’s the Exige’s final ace card. Only a buyer can decide if the purchase price fits their budget but when it comes to running costs no other performance car would get close. The quad cam V6 is sourced from Lexus, so should be as reliable as a Swiss clock. Light kerb weight has a resulting benefit of low wear and tear, whilst the Roadster remains inherently simple, thanks to it’s signature alloy chassis. No wonder Lotus is confident enough to offer a three-year unlimited mileage warranty.

In a region were wealth and excess abounds, the Exige’s driver purity – inspired by a lineage dating more than half a century – is a refreshing addition in the automotive landscape. As evidenced by the Elise that came before it, sometimes less really is more.

Previous ArticleBentley Continental GT V8 S
Next Article Is this the future of Formula 1? Ferrari concept 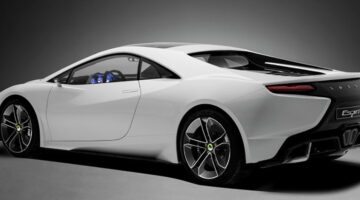 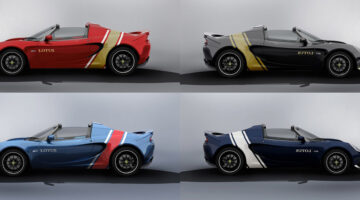