As production nears, Lotus has revealed all about its new high-tech configurator 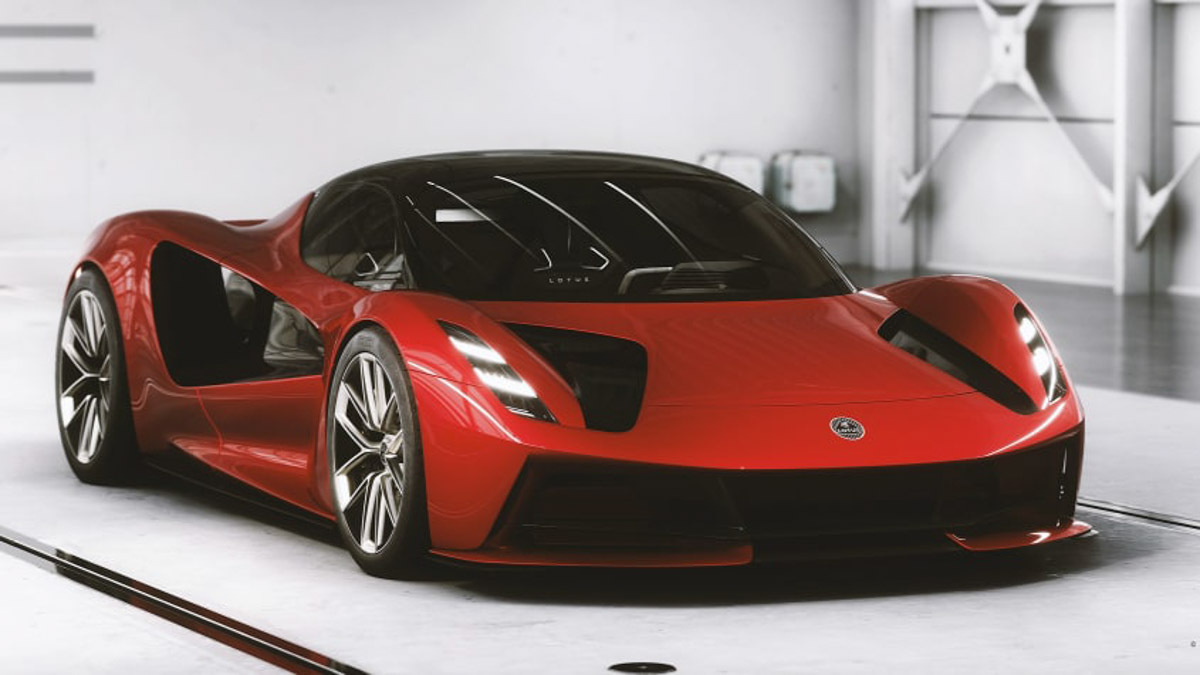 Following its debut in the Middle East last year and a handful of development progress reports since, Lotus has uncovered a high-tech configurator for its Evija hypercar. The all-electric model marks the beginning of a new chapter for the brand in the wake of its purchase by Chinese automaker Geely in 2017.

The first all-new Lotus to be launched under Geely’s ownership, Evija is a bespoke $2.2m (plus taxes) all-electric hypercar that will act as a halo model for a new Lotus range. The upcoming models will eventually lead to replacements for the existing Elise, Evora and Exige, changing the brand’s line-up entirely.

The most recent update comes in the form of its new, high-tech configurator, a system that uses the very latest graphics technology to render each customer’s specification in photo-realistic quality. To demonstrate its capabilities, Lotus offered a glimpse of the Evija finished in three new colours: Atomic Red, Solaris Yellow and Carbon Black.

Using the second and most advanced prototype yet, Gavan Kershaw, British GT racing driver and Lotus’s Director of Attributes put the Evija through its paces once more. The latest mule is said to be complete with production-spec suspension, seats, interior components and elements such as the hydraulics for active aerodynamics, though the powertrain and chassis are still yet to be finalised.

Kershaw commented: ‘The car is in a completely pure state at the moment, with no stability control or torque-vectoring. This is so we can evaluate the fundamentals of the chassis, to create the mechanical advantage before the other layers, such as the electronics, are added. It means we can really read the car.’

It seems Lotus is well aware of the need for its trademark handling characteristics, even with the arrival of an entirely new powertrain type. ‘Lotus has always been about ‘input = output’, so if you do something you get a response, and that’s what we’re balancing now. It’s also about bringing in experience from other vehicles – what we know from driving Exige and Evora, the Lotus GT race cars – and making sure that core Lotus DNA is all at its absolute best in the Evija,’ said Kershaw.