Lotus Elise 111S. All about the twisties. Journals

What’s it like driving a Lotus with the weight-balance of a sledgehammer? Sean offers us some insight with the Elise 111S. 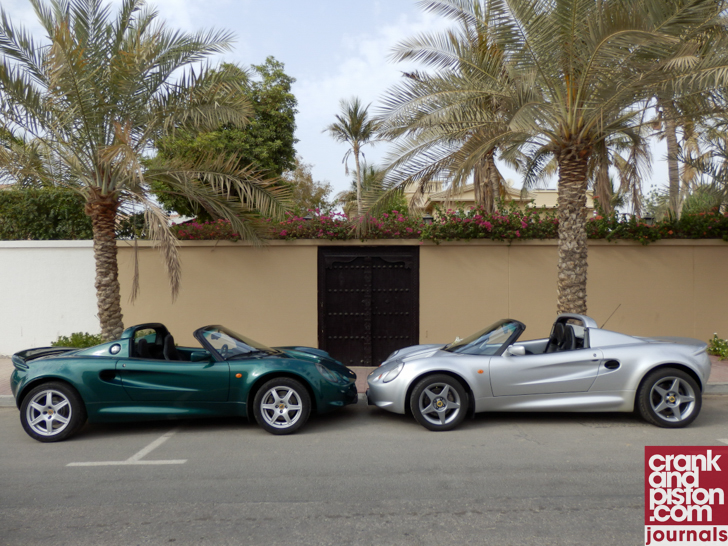 Yeah baby! The cooler temperatures are still with us, and driving around in Meany Greeny is just dreamy. Seemingly inconsequential journeys suddenly become epic drives and naturally take much longer to complete than originally envisaged. Driving pretty much any convertible in our lovely weather would put a smile on your face but when married to racecar responsiveness, the Lotus Elise 111S on another plane altogether. The snort of sports induction, crackle of a large bore exhaust and whirling road noise from semi-slick tyres are all magnified in wonderful Technicolor thanks to the joys of roofless motoring.

This is really one of those cars that delivers much more than the sum of its parts. 143bhp in power hungry Arabia is less than a respectable rent-a-car would have, but it’s a torquey little lump, matched to a gearbox with perfect ratios that always keeps it on the boil. With only 725kg to push along, this delivers a power-to-weight ratio that shames all but über hot hatches – bye bye Mr Golf GTI.

But that’s just straight lines, and this car is all about the twisty bits. The best handling cars have one thing in common – a stiff chassis, allowing the suspension to do its funky thing without compromise. This is where the Lotus magic really shines. Back in 1996, the Elise was the first production car to use an alloy extruded and bonded chassis, and the first to use extruded suspension uprights, as well as the first to use metal matrix ceramic brake discs. These features allowed the Elise to drive rings round the competition, yet were wrapped-up in an exotic-looking car costing less than $30,000. The Elise was effectively mobile marketing for Lotus Engineering and contracts with Aston Martin, General Motors and Tesla (to name just a few) ensued. Even today the recipe is right – the complete chassis weighs just 68kg and is made from a small number of extrusions using simple tooling. By contrast, after 20 years of progress, the Alfa Romeo 4C uses a highly complex (expensive) carbon fibre tub that weighs 65kg.

The results of all this imagineering is a car that just glides round corners with the minimum of inertia. It simply turns in, grips and goes, seemingly via brainwaves rather than physical inputs. Even compared to my Exige Cup, the Elise feels light on its feet and always a treat. None of this should be possible; due to a 38:62 rear weight bias the Elise is balanced like a hammer. Clearly liberal Lotus magic dust was applied to bend the logic of physics. The only spanner in the works is that I’ve still not tracked down the reason why the battery isn’t charging. Hence I have the nervous twitch of an EV owner and am cautious not to travel too far in case it needs a recharge. I’ve been caught out only once so far, with the Elise failing to start after a petrol refill. Luckily one of my neighbours was at the station and gave me a push start.

Beyond the Elise bliss, my decision to slim down my Lotus collection continues. In truth, I’ve been selling more of my war chest of parts than cars so far but even this has been quite enlightening. A spare chassis tub is off to Christchurch, New Zealand. A front clam moulding has been flown to Sacramento, California. A rare set of MMC brake discs was couriered to Bussy Saint Georges, France, whilst a second set went off to Birmingham, UK. These funny little cars from rural England are more global than you’d think. 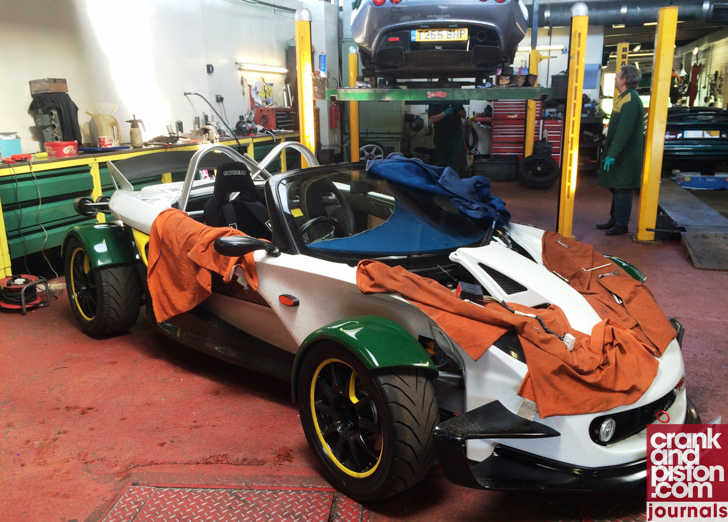